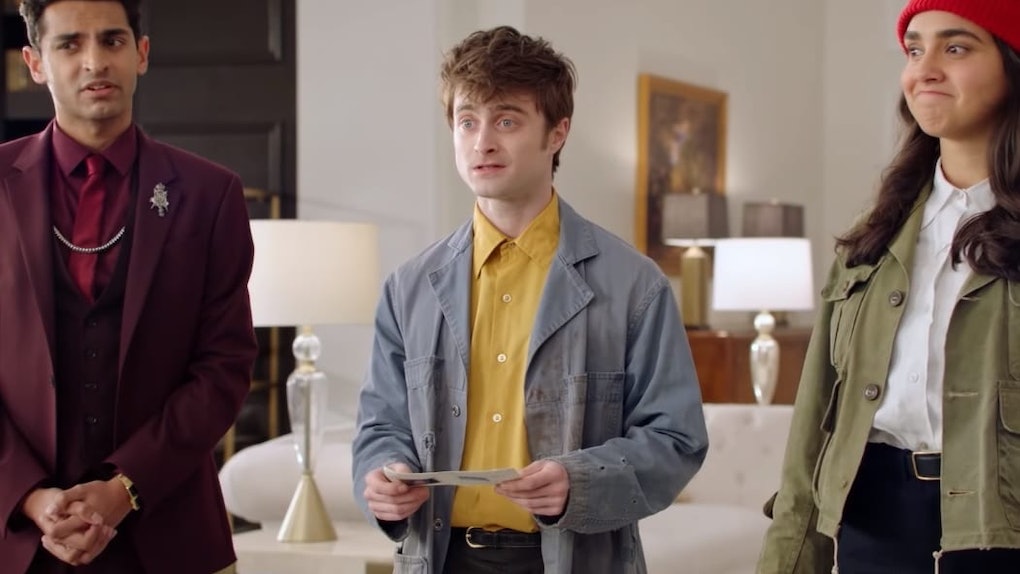 TBS is rolling out the limited series featuring big names for 2019. It was only a week or so ago the trailer for I Am the Night dropped, starring Chris Pine and directed by Patty Jenkins, which premieres this coming January. Now, the series for February has followed suit. The Miracle Workers trailer might not have any of the "Big Four" Chrises, but this doesn't mean it's devoid of A-List names. Both Steve Buscemi (Fargo) and Daniel Radcliffe (Harry Potter) will be starring in the upcoming series, which is set in Heaven.

This is not a typo, the show is set in Heaven. Heaven Inc. to be exact. But this is no "Good Place/Bad Place," type scenario where the dead are trying to figure out where they landed and why. It's a workplace comedy, not unlike The Office, where the less-than-competent boss is God (Buscemi) and the coworkers are angels, or at least they'd like God to think so, lest they get fired.

The show is based on the 2012 best selling novel What in God’s Name, written by Simon Rich, which refers to the place above as Heaven, Inc., "the grossly mismanaged corporation in the sky."

The show looks to be as funny as the book, and hopefully, will be as big a hit. Check out the trailer:

If this seems like a bit of an offbeat show for American television, even in the Peak TV era, it may make more sense to learn both Buscemi and Radcliffe are listed as producers on the project. It seems like this was a project they both really wanted to see happen despite any religious backlash it might create. Already, there's been some behind-the-scenes drama, as God was initially supposed to be played by Owen Wilson, but he left the production over "creative differences."

Starring alongside Buscemi and Radcliffe are two more angels, Karan Soni, who fans will recognize from Deadpool, as well as Geraldine Viswanathan (Blockers).

Here's the synopsis, according to Deadline:

If nothing else, this will give Radcliffe another chance to make a first impression on American audiences who still think of him as Harry Potter. Radcliffe has been building a comedy career in indie films and starring in Broadway productions. This marks his first major mainstream TV series since rising to fame as a pre-teen.

Recently, Rupert Grint, who co-starred with Radcliffe in the Potter franchise also made the jump to TV comedies with the Netflix series Sick Note.