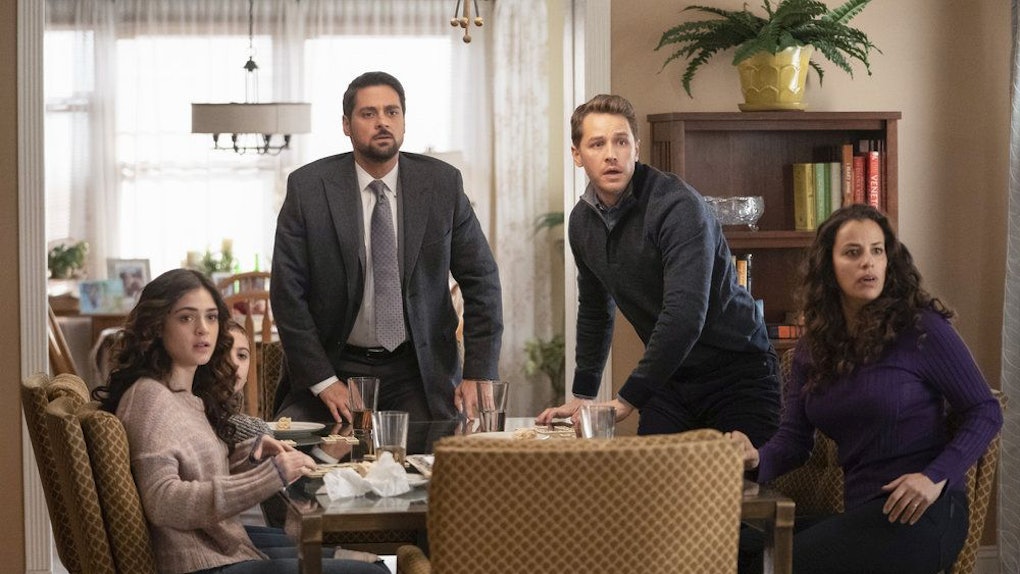 Despite the threats in last week's promo, Manifest did not send anyone through time again this week, much to the relief of fans everywhere. Instead, different twists were added, with Michaela at the heart of them. It turns out her connection with Zeke, the first time-traveler who was not a part of Flight 828, is far stronger than anyone guessed. But the implications of other people time-traveling is too significant to ignore and could change the show's entire premise. The Manifest Season 1 Episode 14 promo suggests the last two episodes this season may be the hinge point to something greater. Warning: Spoilers for Manifest Season 1 follow.

Zeke's connection to Michaela caused a brand new type of Calling this week, one the show hadn't done before. It was a Double Calling, where two people see the same thing at the same time. Michaela and Cal have had something similar, Matching Callings, but never at the same time, and each sees things from a different perspective.

What this new development means is at this point anyone's guess. But the chemistry between Michaela and Zeke suggest perhaps Jared should go back to focusing on his own marriage with Lourdes instead of trying to keep the flame of his affair with Michaela alive.

Besides, Lourdes is no fool. Check out the new trailer. She's on to him.

The title of next week's episode is "Upgrade." Here's the synopsis:

When Saanvi goes missing, Ben suspects a fanatical group who have become obsessed with the passengers from Flight 828. Michaela must face the consequences of her reunion with Jared. Zeke returns to New York and has an ominous calling.

Saanvi going missing is a bigger deal than one might think from the trailer. Despite the character continually taking a back seat to the Stone family dramas, she's the one who keeps putting two and two together. For instance, she figured out Cal was the Holy Grail the Major was looking for. This week, she figured out why Zeke time-traveled, calling the storm that moved him through time "an aftershock" to Flight 828's "earthquake." If she's right (and it's a pretty good bet she is), other innocent people may be in danger of time-traveling too.

Speaking of Cal, he's still the Holy Grail of the show, and his premonitions are far more useful than Michaela's because of it. One of the consistent issues this season stems from Michaela misreading her Callings and doing the wrong thing. Cal, on the other hand, never misinterprets what he's being told to do. If he's warning the family something is coming and they are in danger, best to batten down the hatches.

What form the danger takes remains to be seen, as this week introduced a new wrinkle in Cody Webber, The Flight 828 Harasser. Cal could be saying the threat is from Michaela and Zeke's attempt at interpreting what they see or another visit from The Major. But Webber threatened Cal directly in his Flight 828 conspiracy videos, something the show glossed over. If I were betting money on which direction the Stone family should look, it would be him as the source of next week's trouble.