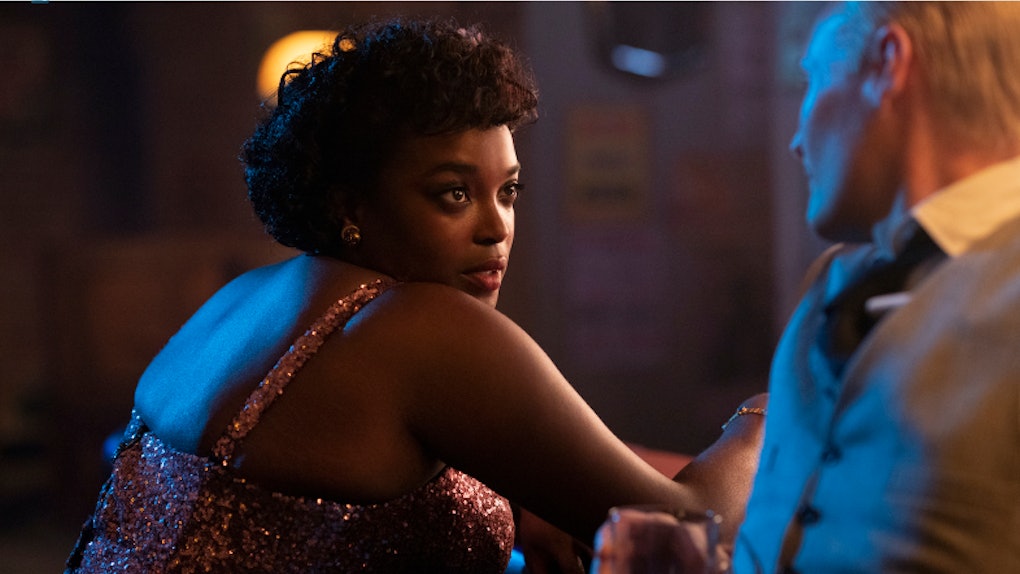 The ‘Lovecraft Country’ Season 1, Episode 5 Promo Is All About Ruby’s Magical Journey

Lovecraft Country is the show that everyone's talking about right now. If you haven't watched it yet, you better start streaming ASAP because the hit HBO series, which is based on the 2016 novel of the same name, will give you so many thrills. It premiered on Aug. 16, and has since amassed a steady following, with viewers tuning into every episode wanting to find out about the creepy, magical mystery at the center of the horror series. Each week has been full of jaw-dropping moments and the Lovecraft Country Season 1, episode 5 promo looks like the next installment is going to be just as suspenseful. Based on the clip, fans wanting to see more Ruby will finally get to witness her in action.

Warning: Spoilers for Lovecraft Country follow. In the previous episode, fans followed Atticus, Leti, and Montrose in "A History of Violence," as they travelled to Boston in search of the missing pages from the sacred Book of Names. The episode put a spin on the Lovecraft Country short story "Abdullah's Book." With the characters going on a big quest, it definitely gave off major Indiana Jones vibes, or what Tic called, "some Journey to the Center of the Earth type sh*t."

So far, Ruby (portrayed by Wunmi Mosaku) has been primarily on the sidelines as the other characters tried to dig into the secrets behind the magical organization, the Sons of Adam. However, the arrival of the latest promo reveals Ruby is finally getting involved and she'll be going through a major transformation that will give her a lot more insight into everything that's been going on.

Watch the promo for Episode 5 below.

Here's the synopsis for the episode, titled "Strange Case":

After making a devil’s bargain with William, Ruby steps into the charmed shoes of a white woman, but her transformation only fortifies her resentment of the racial divide. A betrayal by Montrose unleashes Atticus’ pent up rage, leaving Leti deeply disturbed and sending Montrose into the comforting arms of his secret lover.

Lovecraft Country continues on Sundays at 9 p.m. ET on HBO.