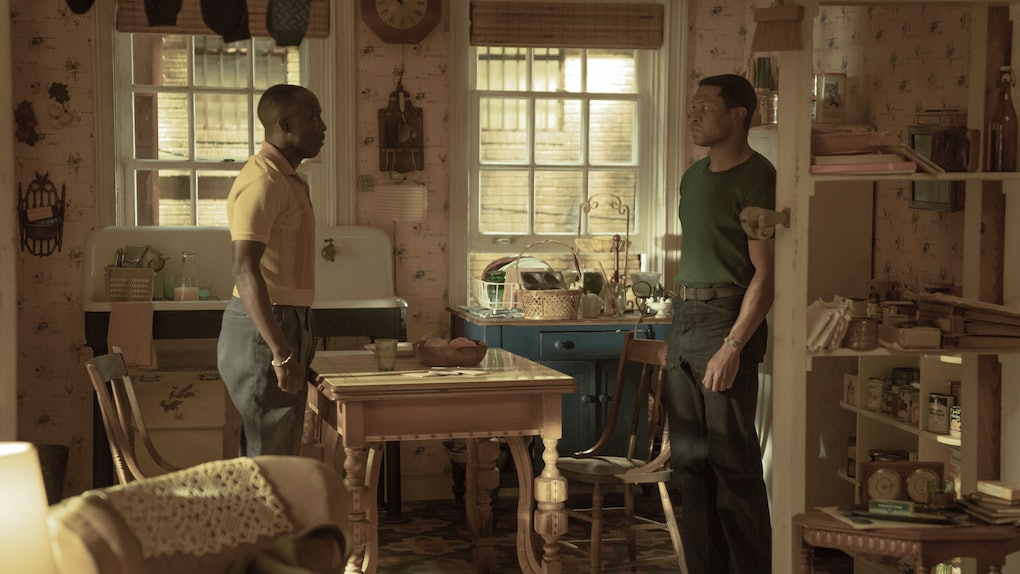 Lovecraft Country's numbers are looking solid. The premiere episode debut ratings were on par with last year's Watchmen, which slowly grew in viewership over the nine-episode season. Lovecraft runs one more installment, stretching 10 weeks, all told, and putting the finale in line with Halloween. The series has yet to pick up a Season 2 renewal, but this summer's Perry Mason was nearly finished before that rolled in, suggesting fans may have another few weeks to wait as of yet to find out if more of the show is coming. As for the Lovecraft Country Season 1, Episode 4 promo, the Braithwhites are far from leaving Atticus alone.

Warning: Spoilers for Lovecraft Country follow. After two weeks on the road, Lovecraft Country's third episode brought the action back to Chicago. Leti's purchase of a haunted house seemed like a "monster of the week" story, separate from everything that happened with Tic and Uncle George. But by the end of the episode, viewers learned that wasn't true. Christina Braithwhite engineered Leti's windfall, with the purpose of getting Tic to find property stolen from her ancestor Titus and The Sons of Adam by the house's original owner, Hiram Winthrope.

Episode 4's promo reveals Christina isn't the only Braithwhite determined to use Tic and his friends for their own ends. This coming week, William gets in on the action too.

Check out the promo:

Here's the synopsis for the episode, titled "A History of Violence":

After Christina mysteriously shows up at her doorstep, Leti confronts Atticus about his plan to surreptitiously return to Florida. Later, in search of missing pages to a crucial text, Leti, Tic, and Montrose head to Boston, with Hippolyta and Diana along for the ride. Back in Chicago, a handsome stranger nurses Ruby’s disappointment over a squandered job opportunity.

The Sept. 6 episode seems to be a variation on the Lovecraft Country short story "Abdullah's Book." In it, George (who's still alive in the novel) and Montrose are blackmailed into breaking into the natural history museum by the Braithwhites, without Tic knowing. To help them, they bring along two of their Freemason friends, Abdullah Muhammad and Pirate Joe.

With George gone, it seems the show will have Tic will take the trip with his father instead. Also, instead of introducing new male characters, the show will loop in both Leti and Ruby, as well as Hippolyta and her friend Diana. But will Christina get what she wants from Atticus and his friends?

Lovecraft Country continues on Sundays at 9 p.m. ET on HBO.