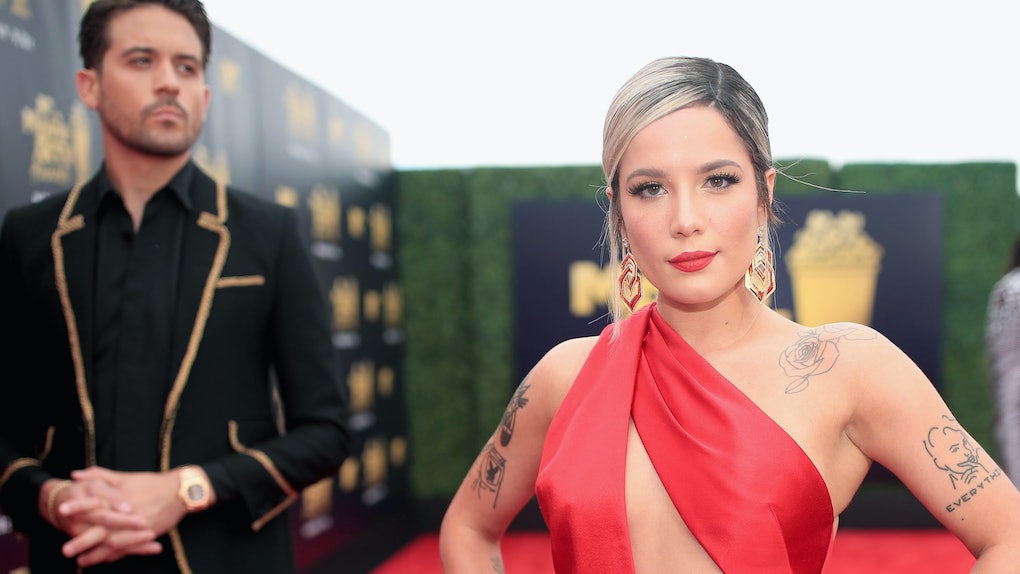 There’s more to Halsey than her romantic life, but her ex G-Eazy has made a lasting impression on the singer, it seems. During a recent interview with Glamour, Halsey opened up for the first time about what she learned from her relationship with G-Eazy and how those lessons fueled her artistry. Halsey’s comments about what dating G-Eazy taught her show just how committed to her music she really is.

While Halsey and G-Eazy kept the details of their breakup quiet, Halsey decided she wanted to put some music to her feelings. In her song “Without Me,” Halsey sings of love gone wrong:

Tell me how's it feel sittin' up there / Feeling so high but too far away to hold me / You know I'm the one who put you up there / Name in the sky / Does it ever get lonely? / Thinking you could live without me

The song was released in October 2018, the month Halsey and G-Eazy reportedly split for good. The couple had experienced several ups and downs by that point, breaking up in July 2018 only to reconcile in August. While all of that was going down, Halsey was busy trying to keep things cool in the midst of some very public drama. But in her interview with Glamour, she explained that she learned some really important lessons during that time.

"The biggest lesson I learned was to make art, not headlines," she told Glamour. "Because it can become quite easy, in the social media generation, to go from being a musician to becoming a personality."

Ultimately, Halsey considers herself a “collector” because she uses life experiences to give her music more color and truth.

"I call myself a collector; I collect things from people and use them to widen my artistic repertoire, so that I am writing from a culmination of experiences from the world," she said in the interview. "But I'm an imitator as well, because I'm so passionately putting myself in other people's shoes all the time."

So, basically, Halsey fuels her art with everything she sees, hears, and experiences, which is a true testament to her talent and commitment to doing great work. Even producer Benny Blanco sees the unique humanity in Halsey’s music.

“When you turn on a Halsey track, you instantly know it’s her," Blanco told Glamour of the singer. "She has a way of humanizing herself that I don’t think too many pop artists do. A Halsey song is a Halsey song. It’s so poetic and wordy, but somehow so simple. You’re like, Oh! Why hasn’t nobody said that? She finds the simplest way to say things that are really complex.”

All that said, Halsey believes that that making music is the best way to express herself.

“It’s a way of making sure that people hear you, that people understand you,” she said. “Any context outside of music, I am just so sorely misunderstood. [In a song] you can’t take that thought or opinion out of context.”

So, no matter what Halsey experiences — whether it’s a breakup or something less harrowing — you can expect that she’ll put a lot of it into her music!

More like this
How Bahari Became Instant BFFs After Starting Out In Different Parts Of The World
By Kaitlin Cubria
I Tried Singing While Running Like Miley Cyrus & OMG, My Lungs
By Rachel Varina
Taylor Swift's 'Fearless (Taylor's Version)' Lyric Changes Are Small, But Meaningful
By Michele Mendez
Stay up to date