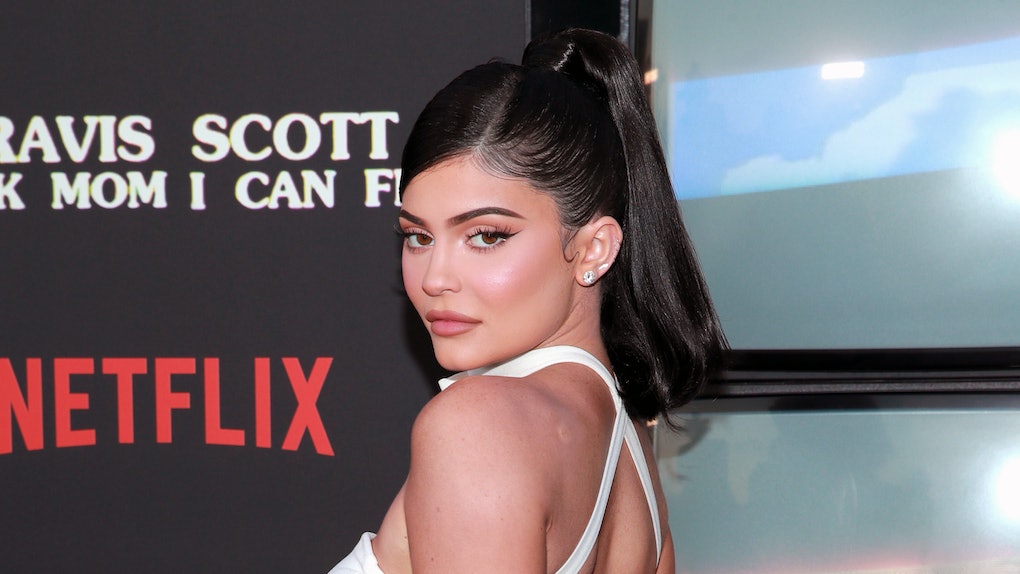 The Kardashians Tease Kylie Jenner For Being A Billionaire, But Kylie Doesn’t Mind

It's no secret that Kylie Jenner is a total boss. The young billionaire is a social media guru, the successful founder of Kylie Cosmetics, and more recently, Kylie Skin. to update fans on what has been going on in the young mogul's life, Jenner is set to appear on The Ellen DeGeneres Show on Monday, Sept. 9. According to a sneak peek of the interview, the Kardashians tease Kylie Jenner for being a billionaire. But as always, Jenner isn't fazed one bit — she calls it a case of sisterly love.

Television host Ellen DeGeneres released a brief teaser of her interview with Kylie on her Twitter account. The season premiere episode, which airs on Sept. 9, features Kylie Jenner and Kris Jenner as guests. Poking fun at Jenner's billionaire status, Degeneres asks, "Do [your sisters] call you Kylie Billionaire Jenner?" The comedian host continued, "They have all been working for years, and suddenly, you come along, and you're the youngest, and you're a billionaire... Do they give you a hard time?" Kylie is totally chill about it and explains, "It's only when... we're in a group chat talking about where we should go on a trip and everyone's like 'Kylie? Are you gonna pay for it?'" She shares that she doesn't mind — they're all just teasing and it's sisterly love.

Degeneres continued on to ask if the Kardashians actually expect the youngest sister to pay for all their stuff. It's Kris' turn to show off her comedic chops, responding: "No, they don't really. Just my stuff." It's a hilarious moment that highlights the closeness and lightheartedness of the family.

Jenner definitely has a lot to be proud of ever since she made headlines as the youngest self-made billionaire ever. Her fortune can be attributed to Kylie Cosmetics, which was started in 2015 and originally sold only online and at pop-up shops. The company grew quickly but truly struck gold when they signed an exclusive distribution deal with Ulta. The beauty retailer rolled out Kylie Cosmetic's $29 lip kits into Ulta's 1,000-plus stores and fans were just as delighted to purchase a lip kit as they were to spot Jenner making promotional appearances at Ulta stores. With the expansion as well as other financial assets, Jenner launched herself into an estimated fortune of $1 billion. "I didn't expect anything. I did not foresee the future," Jenner told Forbes. "But [the recognition] feels really good. That's a nice pat on the back."

So what's next for the young mogul? Jenner's foray into skincare, Kylie Skin, will be coming to Ulta in the fall. Kylie Skin was launched in May with products that customers can use for every step of their skin care routine. The fact that the skincare line sold out less than 24 hours upon launching is a testament to how wildly popular Jenner's products are.

It looks like even though she's already a billionaire, Jenner has her eyes set on expanding her empire even further. With loyal fans and a family supporting Jenner in achieving her dreams, the sky's the limit.