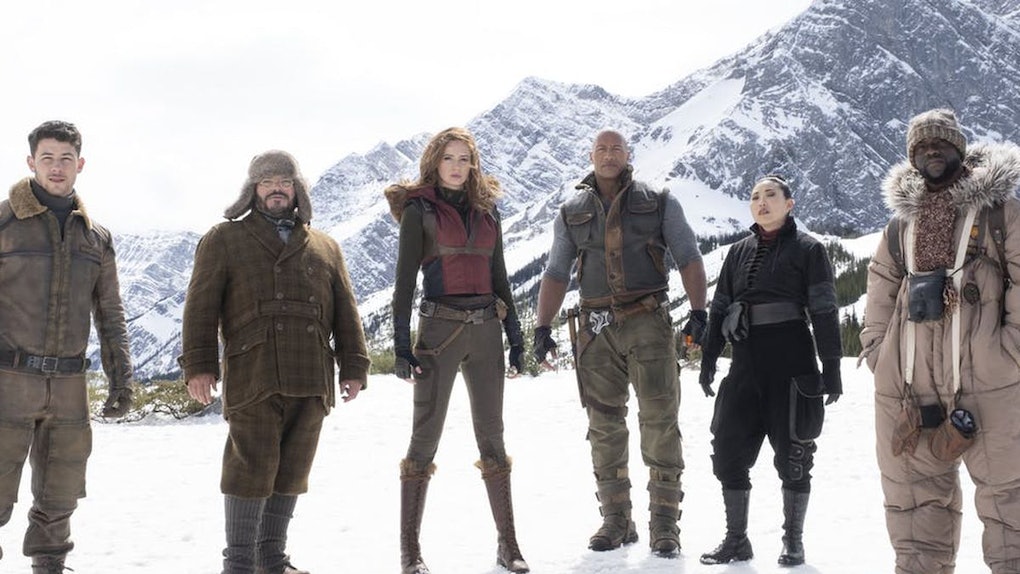 Jumanji was never expected to be a big hit. The original film was based on a children's picture book from the 1980s about an enchanted board game. It wasn't a critical success, but it was a hit at the box office. But when Dwayne Johnson was tapped to star in a remake, one that would go head-to-head with Star Wars: The Last Jedi, most didn't expect it to succeed, let alone spawn a sequel. But these Jumanji: The Next Level ratings are proof the franchise is here to stay.

The original 1995 Jumanji, which starred Robin Williams, was initially panned by critics, and currently stands at a 54% splat on Rotten Tomatoes. But it was a box office hit, bringing in $262 million when all was said and done, making it the 10th highest-grossing film of the year. It was successful enough that sequel book was written in 2002, Zathura, which spawned its own movie, Zathura: A Space Adventure in 2005. It did far better with critics, landing a 75% fresh rating at the time.

When Jumanji: Welcome to the Jungle arrived in December of 2017, it wasn't expected to be the second hit of the holiday season. But critics were bullish on the reimagined story that took the story from board to video game, giving it a 76% fresh rating. The film went on to gross an astounding $962 million worldwide.

With those numbers in mind, it's an excellent sign for box office numbers that Jumanji: The Next Level currently sits at 71% fresh, with 87 reviews in and counting.

Thomas Floyd of The Washington Post says it's far from game over for these sequels.

With fresher material, who wouldn't want to see this cast return for another go? Just when you think it's 'game over' for Jumanji, the franchise snags an extra life.

Peter Debruge of Variety thinks the game is still worth playing.

For the most part, the film's values are in the right place, and apart from a few off-color bits, the humor serves the greater goal of looking past one's physical limitations and respecting friendships in whatever form they take.

And Mary Sollosi of Entertainment Weekly thinks there will be more.

Even if The Next Level doesn't set a new high score, it still proves this franchise isn't out of lives just yet.

As for how the film is expected to do at the box office, The Hollywood Reporter hedges.

Jumanji 2 is expected to top the chart with a debut in the $40 million-$50 million range, although Sony is being more conservative in suggesting $35 million... The challenge for Next Level — which sees the return of stars Dwayne Johnson and Kevin Hart — is to avoid being infected by the the sequelitis bug that has doomed a number of franchise installments this year.