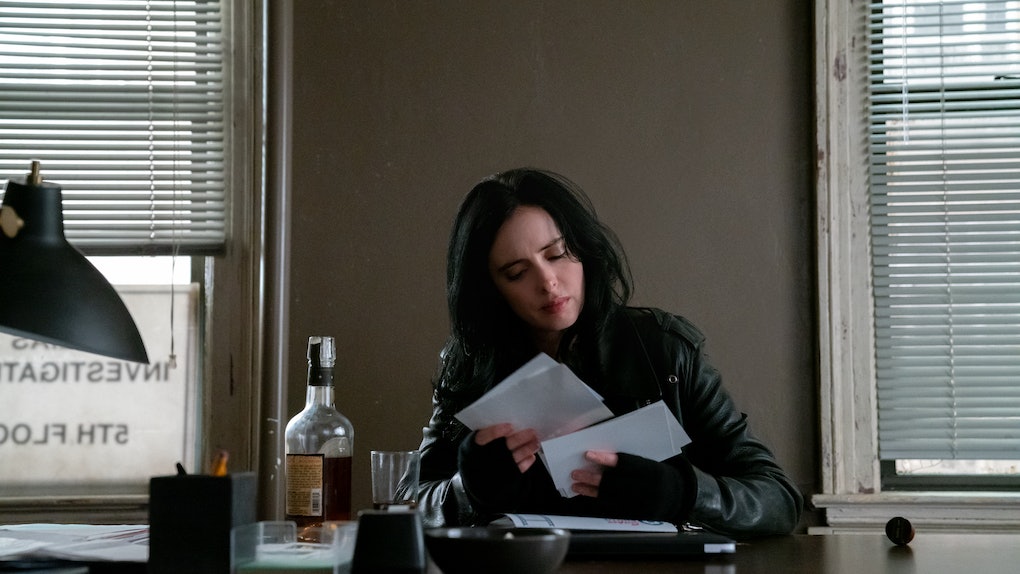 Jessica Jones was the second of the Marvel TV series released on Netflix, arriving in November of 2015, about six months after Daredevil's debut. But where Daredevil was a show about taking one's disabilities and turning them into a superpower, Jessica Jones was about someone who had superpowers and wasn't interested in using them to be a hero. The traumas life had thrown at her had embittered and jaded her, the last thing she wanted to be known as was "a hero." So it speaks volumes how far she's come that the Jessica Jones Season 3 trailer is all about snatching back the hero mantle from someone who believes she doesn't deserve to be called one.

Most fans at this point know that Season 3 will be the final installment of the Jessica Jones series, as well as the last hurrah for The Defenders project, at least as envisioned by Netflix. (Once the rights to the characters revert back to marvel in the early 2020s, a reboot is possible, but the chances of the same cast are remarkably slim.) Throughout Jessica's time in the franchise, including her crossover appearance in The Defenders, her bristling at the idea of being called a "superhero" has been one of the critical aspects of her character. Now it seems the question is how she reacts when someone tries to tell her not to call herself one.

When the "Date Reveal" trailer arrived announcing the series' return, fans got a small glimpse of Jessica Jones' antagonist for the final season but weren't sure who it was. Here, the new trailer puts him front and center. It turns out he's Gregory Salinger, played by Jeremy Bobb, who was last seen on Netflix's delightful Russian Doll, as Mike Kershaw.

Showrunner Melissa Rosenberg revealed to Entertainment Weekly that Salinger's obsession with Jones is something she accidentally walks into partway through the season. His character doesn't even show up until "around Episode 3 or 4."

Salinger is a deeply scarred individual, and he just, by coincidence, crosses paths with Jessica. For him, everything about her offends him, [specifically] the fact that she’s got these powers not through hard work but through some other means. This is someone who has worked very hard himself. But he’s a very twisted dude.

This suggests the show will take time to delve into other quarters of Jessica's life, including a new potential boyfriend, Erik, played by Benjamin Walker. But the relationship fans care about the most is the one she has with her adopted sister Trish, who has recently gained superpowers herself. Unfortunately, according to Rosenberg, these powers are not everything she'd dreamed they'd be.

This is the fulfillment of Trish’s dream, to have, finally, the physical power that she’s always longed [for]. What she’ll discover is that getting those powers doesn’t necessarily change her internal life as much as she had hoped... Trish has always seen things somewhat in black and white, and Jessica has always seen the shades of gray, so it’s interesting what choices they do make.

One can only hope these sisters get it together before the final season ends. Jessica Jones arrives with 13 episodes on Friday, June 14, 2019.