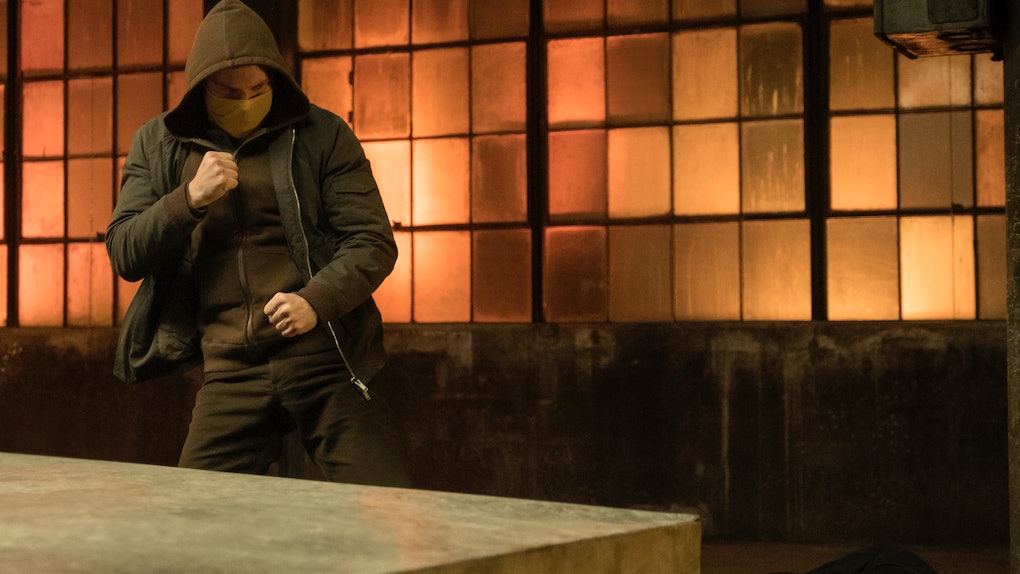 When Netflix's Marvel division dropped the news that Iron Fist Season 2 is coming this fall, instead of the initially assumed 2019 release date, fans were taken by surprise. But that wasn't the only shocker Netflix and Marvel had in store. The footage from Season 2 shows a much improved Finn Jones in the lead and fans were disappointed to learn that the second installment will only have 10 episode, three less than the first. But, as Marvel is in the habit of doing, plot details are played close to the chest. But now the Iron Fist Season 2 trailer has arrived, and it's revealed this season's main antagonist and the show's overall plot for the season.

When Marvel's Iron Fist Season 1 arrived, the show was roundly panned. But Variety reported viewers did tune in, at least to the beginning of the show. After Season 1 concluded, Danny Rand then appeared in The Defenders. When the crossover event ended, Daredevil's Matt Murdock, who was sort of the de facto head of the team, was presumed dead, crushed under the collapse of the Midland Circle building.

Danny Rand was so moved by Murdock's sacrifice, he vowed to take over Hell's Kitchen as the new Vigilante-In-Chief. The trailer suggests he has taken the position to heart. When Iron Fist Season 2 starts, viewers will find him fighting petty bad guys and keeping Matt's old neighborhood tidy.

The biggest complaint about the first Iron Fist was Finn Jones' performance in the role. Several factors weren't working in his favor, including coming directly off Game of Thrones into the part with no training. The costume also didn't provide a mask, so there was no way to switch him out for a stunt double during major fight scenes, the way Daredevil has done for Charlie Cox.

Marvel made it public Jones trained for months leading into filming this season. But just as importantly, they seem to have decided to lean into the complaint Danny Rand's character isn't someone who really earned his position as the Iron Fist. The perception is his character is a white dude who lucked into the right time and place and came home with a glowy hand he occasionally punches people with. So they're going with a storyline where Danny loses his powers and has to earn them back.

The character Dany is up against is Davos (Sacha Dhawan), a fellow classmate who trained with him in K’un-Lun, and who believed he should have earned the title of Iron Fist instead of Danny. Unfortunately, he failed to prove his worthiness before the dragon Shou-Lao, so Danny got the gig. Davos became the Steel Serpent, who was Iron Fist's main enemy in his first stand-alone comic book run. Here it seems he will manage to gain the upper hand, and take the Iron Fist title.

The trailer also gives a glimpse into the Misty Knight crossover from Luke Cage, as well as Typhoid Mary (Alice Eve), who is actually from the Daredevil comics but is being imported here as another adversary for the Iron Fist to face.