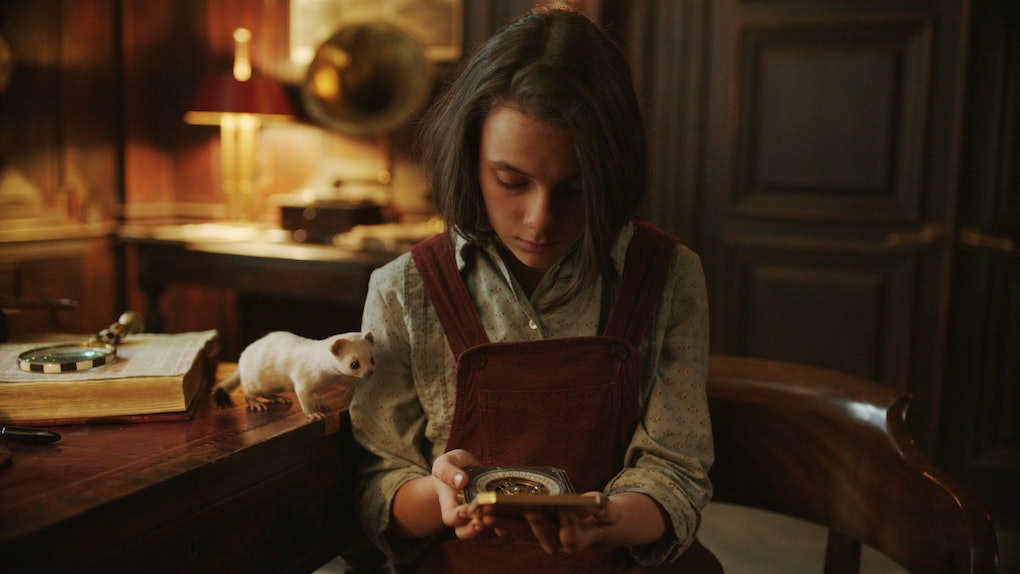 The 'His Dark Materials' Premiere Date Is Closer Than You Realize

The end of Game of Thrones was the end of an era on HBO. But the premium cabler wasn't caught off guard. The network had plenty of time to start lining up replacements and experimental fantasy stories to fill the void. It even commissioned an actual Game of Thrones prequel, to be on the safe side. But if that doesn't work, HBO has both Watchmen and His Dark Materials to cover for it. And, like Watchmen, the His Dark Materials premiere is coming soon.

It's natural to pair Watchmen and His Dark Materials because both offer alternate idea of the world. Watchmen is the current Earth fans live on, just with an alternate history. His Dark Materials, on the other hand, is a different Earth altogether, a variation on the theme in one of the millions of multiverses that are distorted reflections of this one.

The world of His Dark Materials has many similarities to the one viewers know. There's a London and an Oxford, an America and a Texas. There's just one difference. In this version, a person's soul lives outside their body, assuming the form of a beloved pet, which also happens to be a reflection of their personality.

And that one small difference makes for a very different place, as fans will see when the show arrives on HBO on Monday, Nov. 4, 2019.

That's not a typo. His Dark Materials is part of HBO's big push to make Mondays part of the channel's domain. The show also comes with a built-in fanbase that rivals Game of Thrones' original one when it premiered in 2011 — the trilogy even beat out the Harry Potter novels in popularity in the BBC's Big Read.

Here's the synopsis, via HBO:

Adapting Philip Pullman’s award-winning trilogy of the same name, which is considered a modern masterpiece of imaginative fiction, the series follows Lyra (Dafne Keen), a seemingly ordinary but brave young woman from another world. Her search for a kidnapped friend uncovers a sinister plot involving stolen children and becomes a quest to understand a mysterious phenomenon called Dust.

Meanwhile, fans will be hyped to learn that the new series isn't just staying inside the original trilogy for the dark materials it needs. Speaking to Entertainment Weekly, Jane Tranter, the series’ lead executive producer, says that a little bit of the premiere episode will also include materials for the Pullman prequel, The Book of Dust.

We use a tiny bit, which I can’t tell you. You’ll have to wait and see. As far as the deeper mythology is concerned, we grab at anything we can get. As [teleplay writer] Jack Thorne would say, it’s like we’ve done a PhD in the mythology of these books.

His Dark Materials will consist of eight episodes and begins airing in the states starting Monday, Nov. 4, 2019, at 9 p.m. ET.

More like this
When Does 'Loki' Premiere On Disney+? Wednesdays Are The New Fridays
By Ani Bundel
These Theories About Hulu's 'How I Met Your Father' Spinoff Are Legendary
By Rachel Varina
'The Nevers' Season 1, Part 1 Finale, Explained
By Ani Bundel
Stay up to date