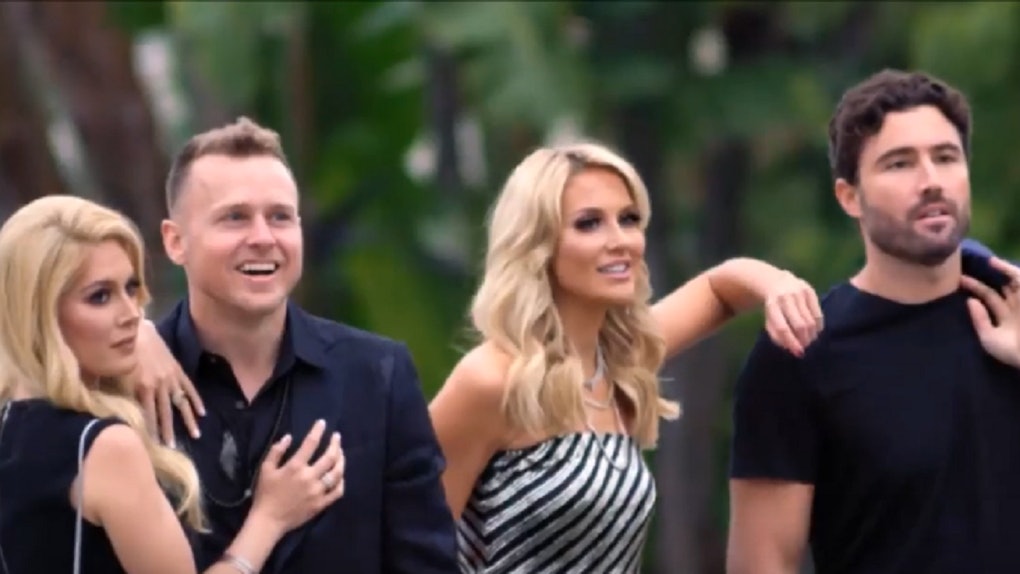 'The Hills: New Beginnings' Theme Song Is Everything You Could Ever Ask For

Nothing screams of 2008 more than blasting Natasha Bedingfield's "Unwritten" in your car ahead of hearing it kick off another episode of The Hills that night. The song's empowering message of your life being a blank book perfectly fit the coming-of-age energy of The Hills, so can a revival following the cast members' marriages, careers, and children radiate those same vibes? It turns out that The Hills: New Beginnings theme song is familiar territory with an updated twist, so queue up "Unwritten" before its newest version is revealed during June 17's MTV Movie & TV Awards.

The Hills delivered plenty of relatable, juicy drama each week, but every episode began with a dose of optimistic energy thanks to the opening featuring Bedingfield's "Unwritten." The catchy song first debuted in 2004 before becoming a hit in the United States when "Unwritten" appeared on the first season of The Hills in 2006. Just a week before the premiere of The Hills' revived series, MTV announced on June 17 that a remixed version of "Unwritten" would return as the theme song.

New Beginnings' full opening will premiere during the 2019 MTV Movie & TV Awards on June 17, but the network released a video featuring Bedingfield and the announcement of the updated song ahead of the awards ceremony. ""Unwritten" is on my very first record. I wrote the song, and there was this feeling of, 'Wow,' I couldn't say it any better." Bedingfield says in the clip. "It was the No. 1 pop song in America, and then MTV came to me and said, 'We've got this new show. We would love to use it as our theme song.'"

The video contains a hint of the new "Unwritten," sounding like a club-ready version of the longtime pump-up jam. Bedingfield also reveals that unlike the production of most remixes, she actually re-recorded the vocals of "Unwritten" for The Hills: New Beginnings. "I wanted to take where I'm at now, kinda give it that new spin," she explains in the MTV video. "The show open has the new version of "Unwritten" and we're just so thrilled and excited."

The preview even shows a snippet of The Hills: New Beginnings' opening credits, displaying glamorous close-up shots of each cast member as the song plays. The sneak peek is enough to prove that while the cast may be more experienced and suave, the same essence of the original series is intact. While Hills protagonists Lauren Conrad and Kristin Cavallari are not returning for the new series, original cast members Heidi Montag, Spencer Pratt, Stephanie Pratt, Audrina Patridge, Brody Jenner, Whitney Port, Justin Bobby Brescia, Jason Wahler, and Frankie Delgado will reach for something in the distance on New Beginnings, as Bedingfield would sing. Is that "something" more Instagram fame? The revival will also welcome new cast members Mischa Barton and Brandon Thomas Lee.

In a recent interview with ABC, Patridge teased what audiences can expect from the new series, saying, "Our fan base kinda grew up with us. And now they're adulting and they're having kids and going through things we are. It's very relatable."