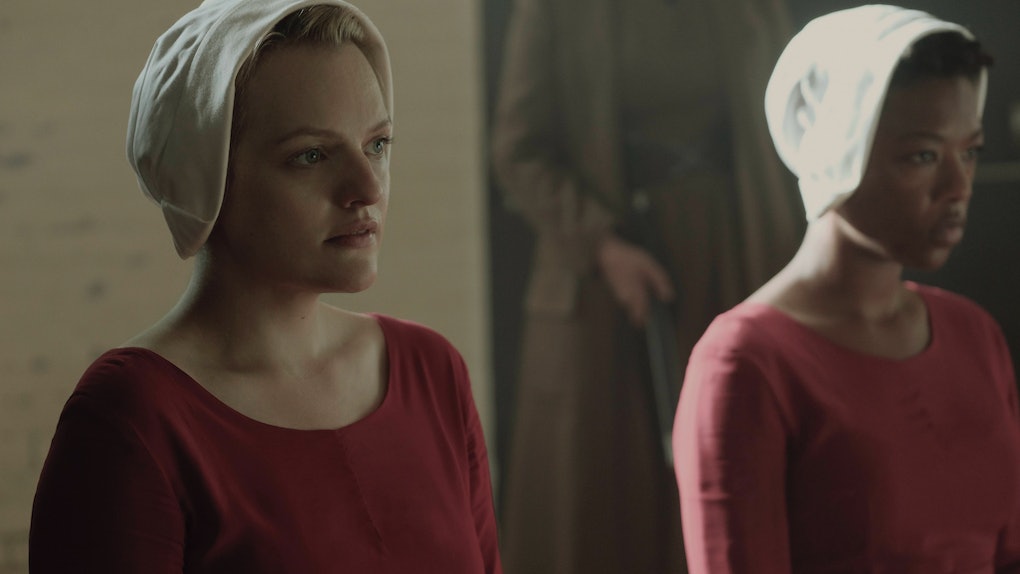 The 75th Golden Globes is an historical event, but the Best Drama Awards this year for the TV category unfortunately are a bit of a rerun from last year. With four returning shows all of which were nominated last year, and only one newcomer, the chances are high that the Golden Globes for Best TV Drama Series would either be a repeat from last year, or go to one of those previously snubbed. In the end, the Globes went with The Handmaid's Tale, to the surprise of very few.

The Golden Globes is the type of awards show that will pick a drama show they feel is worth honoring and then nominate it over and over every year, until or unless something comes to knock it off the list. Think Mad Men, which was nominated well past the sell by date, or Breaking Bad, which dominated every year until it ended.

Last year was an interesting year as the Globes wiped the slate nearly clean with four first time shows nominated out of five. Westworld Season 1, The Crown Season 1, Stranger Things Season 1, and This Is Us Season 1 were all set again with only one old timer left: Game of Thrones Season 6. The Crown took the prize.

This year there was only one newcomer seen as worthy, but due to HBO's scheduling, there also happened to already be a hole in the list left from Westworld, which has not aired a Season 2 yet. Into that hole, the Globes slotted critical and Emmy darling The Handmaid's Tale Season 1, along with the passel of now-returning series: The Crown Season 2, Stranger Things Season 2, This Is Us Season 2, and Game of Thrones Season 7.

While it might have been the year for Stranger Things or This Is Us to take their first turn at the podium, from the get-go the odds favored The Handmaid's Tale. The Margaret Atwood adaptation did something that no one else this year managed: to capture the current zeitgeist of female rage dead on, while being the most accidentally relevant show politically and culturally after the election of Trump at the end of 2016. (Which, it should be noted, was after the series was finished shooting, so there were zero edits or changes made.)

Even before the show arrived to rapturous, yet disturbed reviews and catapulted Hulu over both Netflix and Amazon Prime Video to be the first streaming show to win Best Drama at the Emmys, it was obvious it was more than just another high priced, well filmed, gorgeously costumed and lit drama. Women were cosplaying as Handmaidens as political protest during hearings on healthcare, and the visuals from those protests were going viral. No one cosplays This Is Us. No one uses Game of Thrones for political protest. Stranger Things is not relevant to Trump's agenda.

The Crown is politically relevant, but that's in the UK, where it plays as subtle propaganda to rehabilitate the current monarchy's reputation ahead of Elizabeth II's passing. That's just not quite the same. Still, choosing The Crown again would be a nice safe answer, and steer clear of any controversy whatsoever.

Though The Crown is the returning champ, it was also the safe vote. Voting for The Handmaid's Tale could be read as a form of political protest, especially in this #MeToo era, giving the Hollywood Foreign Press feel goods that they are on the right side of history even as they fail to nominate any female directors this year.

So congratulations to The Handmaid's Tale and here's to another season in the coming year to all the contenders. Except you, Game of Thrones. Maybe after Season 8's over, the Globes will finally consent to giving you a trophy.