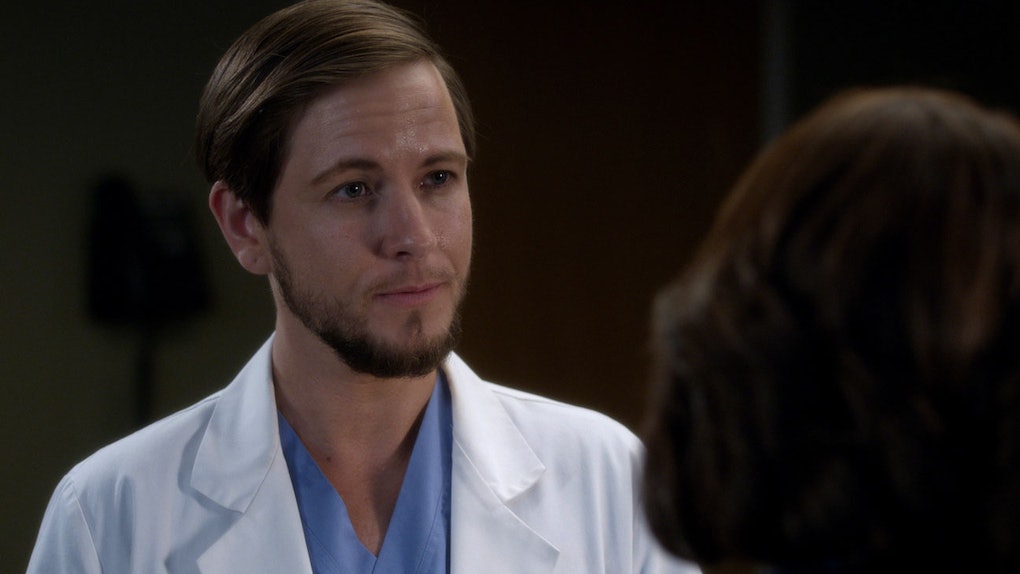 The 'Grey's Anatomy' Season 15 Premiere Is "Really Funny," According To Alex Blue Davis

The fall TV season is gearing up to begin in September, with everyone's favorite shows rolling out over the course of the next month. That includes ABC's continuing powerhouse of a Thursday night lineup, anchored by Grey's Anatomy, 15 seasons strong and counting, a show that has outlived one of my marriages and two of my cats. The Grey's Anatomy Season 15 premiere will be a two-hour affair, welcoming in new characters as well as returning ones. But for those who think it might be all drama all the time, at least one of the stars of the show says not to worry. Like the Season 14 finale, this is going to be a barrel of laughs.

Variety's Power of Young Hollywood event was held earlier this week, attended by Alex Blue Davis, who has played recurring character Casey Parker on Grey's Anatomy since the beginning of last season. His character had a groundbreaking transgender storyline last year, and fans are hoping this year could bring the actor more to the forefront of Grey Sloan Memorial Hospital's world.

So far, Davis says he's shot two episodes for the 15th season, which is promising, as the first half only just got underway with filming a few weeks ago.

But when it comes to the season premiere, Davis told PopSugar that the tone of the series might surprise fans who are expecting Teddy's pregnancy to bring all the drama.

It's funny. I really think it's really funny. We were laughing at the table read a lot. There's a lot happening.

So, that also suggests that at least one of the two episodes Davis has shot will put him smack in the middle of the season premiere. He also admitted he's hoping the so-called "Season of Love" this year will bring not just romance to the main cast but will have a trickle-down effect to the interns as well. After all, it's happened before! He said:

I'd love to see him get into a relationship where he's happy and he stays in it a long time. It would be fun, it might be cute, but I think as far as [Casey] goes, he just kind of laughs at drama. So, I don't see it happening for him. He might be helping the other people with their drama, which is also fun.

The best drama is the kind of drama where everyone gets to pop the popcorn and sit back and watch... and maybe just stir the pot a little. Casey Parker's a little bit too much of a nice guy to do the latter, though.

The Grey's Anatomy two-hour Season 15 premiere will arrive on ABC on Sept. 27, 2018, covering both the usual 8 p.m. ET Grey's slot as well as the temporarily-empty 9 p.m. slot left when Scandal ended last year. The premiere will be followed by the premiere of How To Get Away With Murder Season 5. Station 19 will then take over the 9 p.m. ET space with its Season 2 premiere the following week.