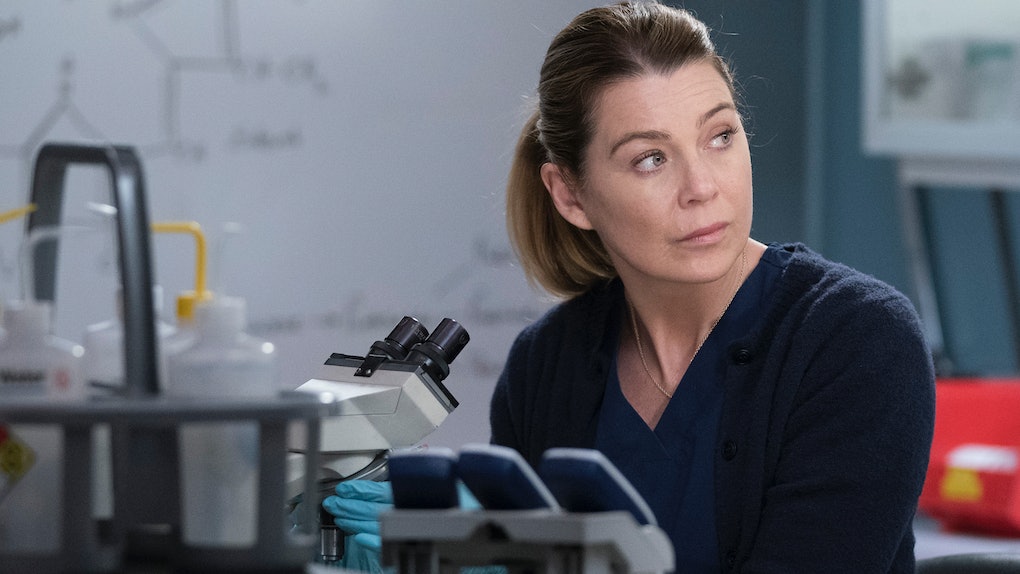 Grey's Anatomy has officially broken the record for TV's longest-running medical drama and it shows no signs of slowing down now. Likely to surge past ER's previous record effortlessly, Grey's Anatomy brought the doctors together for a party in the monumental episode, but it's back to business in the upcoming episode. Although a surprise visit from DeLuca's dad promises some upcoming tension, the Grey's Anatomy Season 15 Episode 16 promo definitely takes a lighthearted turn.

Feb. 28's "We Didn't Start the Fire" marked the series' 332nd episode, and although its promo focused on iconic moments at Grey Sloan Memorial and all of its iterations, the episode kept fans updated on characters' current dilemmas. It also had a noticeable lack of medical storylines. While we can probably expect someone to deal with a patient in March 7's "Blood and Water," its promo and ABC synopsis hint that personal drama is overtaking professional strife again next week.

Meredith finds herself having to side with either Alex or DeLuca during a difficult situation, but she doesn’t want to betray either of them. Meanwhile, Maggie reveals details about her personal life that cause a public stir, and Levi struggles with whether or not to tell his family about Nico.

Picking up soon after we last saw the hospital staff, the "Blood and Water" promo reveals that Jo (Camilla Luddington) and Alex (Justin Chambers) are still dealing with the unnerving presence of the latter's mom Helen (Lindsay Wagner). ICYMI, she turned up in Seattle right before Catherine's (Debbie Allen) party, insisting to Alex that she felt strong and healthy. Now with a thriving knitting habit, Helen is keeping busy by making hats for her non-existent grandchildren, which rattles Jo.

Meanwhile, DeLuca's (Giacomo Gianniotti) complicated relationship with his dad hasn't seemed to dull his romantic connection with Meredith (Ellen Pompeo). Although Cupid has clearly blessed them, Owen (Kevin McKidd) and Amelia (Caterina Scorsone) aren't so lucky, still reeling from the emotional upheaval of saying goodbye to their foster kids, airing out their insecurities, and being presented with the care of Leo once again. Amelia still isn't sure that Owen's heart lies with her, claiming, "Everything changed."

Based on the summary, it also seems that characters who don't pop up too much in the promo will share the episode's spotlight. After Maggie (Kelly McCreary) spent much of Catherine's party fuming about a patient's fluffy piece on a surgery she performed, perhaps this "public stir" she faces has to do with her side of the experience. We may have to prep our tissues for Levi (Jake Borelli) debating whether to come out to his family, but given how cute he is with Nico (Alex Landi), hopefully we can anticipate a happy ending for him.

As the season creeps toward its finale, fans can also keep an eye out for an Amelia-centric episode and the introduction of her and Derek's unknown sister. Showrunner Krista Vernoff also promised "delightful stuff" for Link (Chris Carmack) in the future. Seeing as this is Grey's Anatomy, we should watch out for some heartbreak, but it sounds like the optimistic tone of the series' record-breaking story is here to stay.