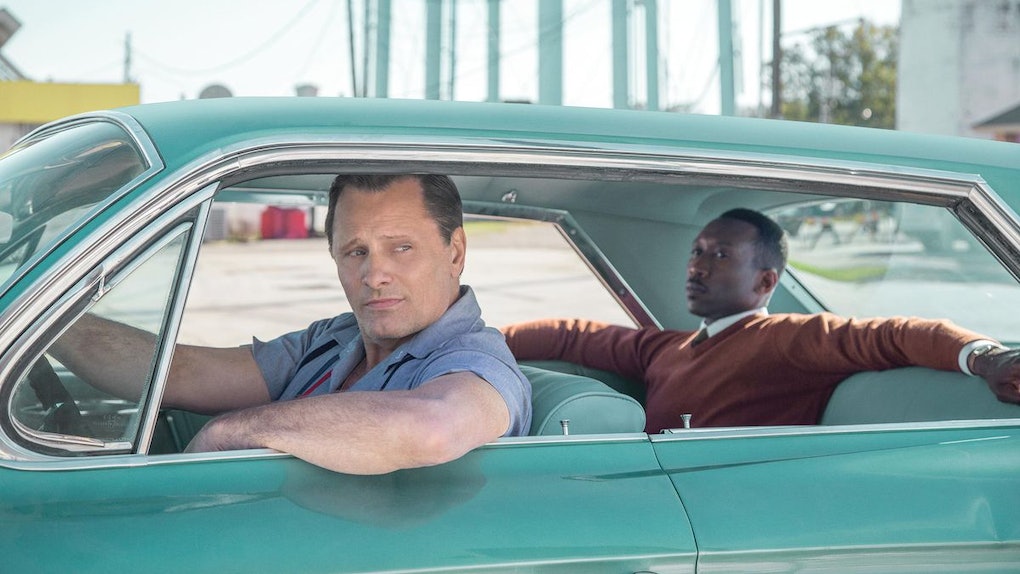 The 'Green Book' Soundtrack Will Fill You With So Much Joy

The Golden Globes nominations were announced this week, and Green Book, the Viggo Mortensen and Mahershala Ali period piece based on a true story, landed no less than five. For some who have seen the movie and know it's about a black pianist and his bodyguard traveling through the deep south during Jim Crow, it might come as a surprise to find the film's nomination for Best Picture is in the Musical/Comedy category and not in Best Drama. But one look at the Green Book soundtrack will clear up any confusion.

Green Book has its share of drama, to be clear. Ali's role of Don Shirley is not only of a genius musical pianist who happens to be black, but he's also gay. His tour takes him to a time and place where one was already dangerous enough, both could easily get one killed.

And yet, the story is also about the joy of music, and how Shirley's gift helped open the heart and mind of Mortensen's character Tony Lip. The soundtrack is a celebration of this music, even including a piano piece played by the real Don Shirley, plus many other fantastic songs of the era, intermixed with original compositions by the movie's composer, Kristopher Bowers, who is known for his work on shows like Netflix's Dear White People.

The soundtrack, like the movie, has been out since before Thanksgiving, but with an awards season push over the next two months, both will be finding their way into mainstream consciousness over the holidays and into 2019.

Green Book is already in full release in theaters across the United States. The soundtrack is available for purchase and streaming on Amazon and other musical retailers.

More like this
The Soundtrack For Netflix's 'The Irregulars' Season 1 Is Such A Vibe
By Ani Bundel
What Do BTS' "Film Out" Lyrics Mean In English? They're About A Past Relationship
By Michele Mendez
Taylor Swift's 'Fearless (Taylor's Version)' Lyric Changes Are Small, But Meaningful
By Michele Mendez
Stay up to date