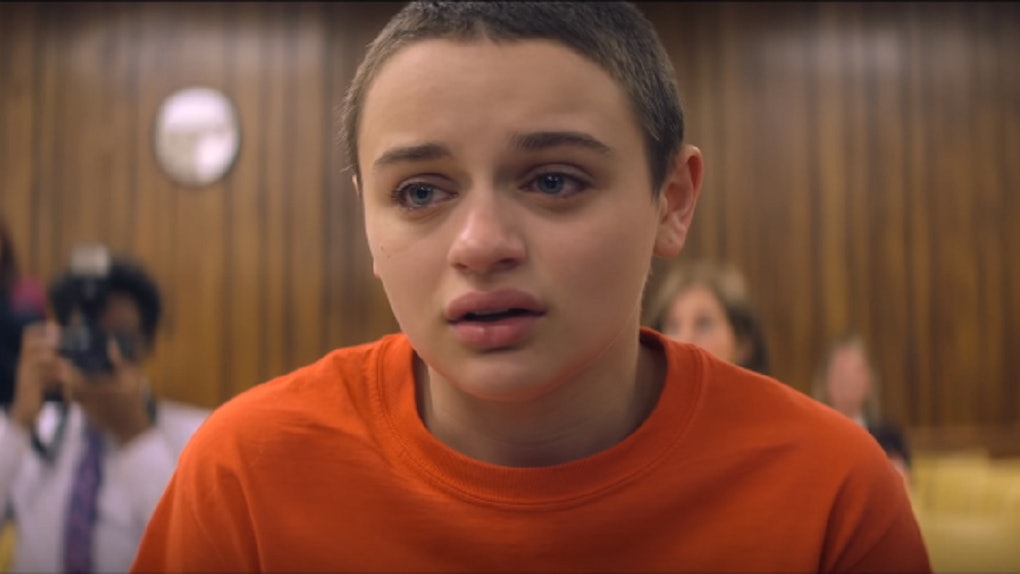 Who else could use a chilling true crime story to send your brain whirling during the late winter slump? After debuting a creepy teaser last month, the upcoming Hulu anthology series The Act has launched a trailer detailing its depiction of mother-daughter pair Dee Dee and Gypsy Rose Blanchard. You might have caught their story in the HBO documentary Mommy Dead and Dearest, but now it's time to jump back into their lives with a cinematic twist. The full trailer for Hulu's The Act is here and I'm already craving more insight into the Blanchards' story.

Debuting on Hulu on March 20, The Act stars Patricia Arquette as Dee Dee Blanchard, who allegedly forced her daughter to feign terminal illness throughout her life, and Joey King as Gypsy Rose, who then plotted to kill Dee Dee and pleaded guilty to the second-degree murder of her mom in 2016. The series follows Dee Dee's real-life climb to local fame for being open about the multiple medical conditions she claimed her daughter had. In addition to claiming that Gypsy had the mental capacity of a 7-year-old, Dee Dee alleged that the young girl had leukemia, muscular dystrophy, seizures, and more. As seen in the trailer, doctors soon began to catch on to the fact that no one had yet to prove Gypsy Rose's medical ailments.

In June 2015, Dee Dee was found stabbed to death, and Gypsy Rose, then 23, and her boyfriend, Nicholas Godejohn, were soon arrested for her alleged murder. After pleading guilty to second-degree murder in 2016, Gypsy is currently serving a 10-year prison sentence, while Godejohn was found guilty in 2018 of first-degree murder and armed criminal action. Gypsy revealed in court that she "talked him into" killing her mother.

In case the twisty truth aren't enough for you, get ready to shiver as you watch the trailer for its TV portrayal in The Act.

Featuring King wearing a prison jumpsuit in a courtroom, the trailer focuses on the Blanchards' early days of working with charities for special opportunities. Initially convinced that she and Dee Dee are best friends and that her mom just wants her safe, Gypsy's perception shifts when her mother's obsession with maintaining her faked illness grows. As doctors realize no one has confirmed the extent of Gypsy's medical history, Arquette's Dee Dee deals with visits from social service workers while struggling to keep Gypsy committed to their long-running act.

Increasingly aware of her mother's lies, Gypsy meets her "Prince Charming," aka Godejohn, and begins a forbidden relationship with him online. This connection with the outside world seemingly fuels her decision to retaliate against Dee Dee. The trailer culminates with the aftermath of Dee Dee's death and Gypsy's apparent regret while at her trial.

The Act is far from the sweet family tale you watch before bed, but it's definitely necessary viewing for anyone craving bizarrely terrifying stories of human psychology and attachment. After kicking off a series with such a complex true story, I'm definitely invested in seeing what The Act covers next.

The first season of The Act premieres on Hulu on Wednesday, March 20.