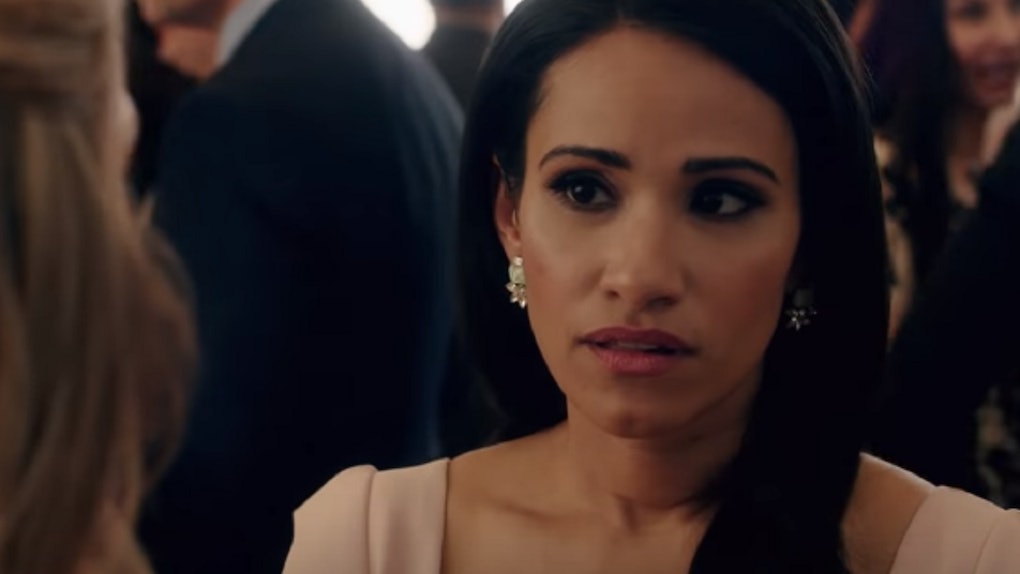 The Full 'Harry & Meghan: Becoming Royal' Trailer Is Packed With Your Favorite Drama

Ahead of the birth of Prince Harry and Meghan Markle's first child, the royal drama filling tabloids since before the parents-to-be tied the knot has seemingly paused. This is great news for the couple and their devoted fans, but in case you need a refresher on everything they've been through, the upcoming Lifetime movie covering their lives post-engagement has delivered. The full Harry & Meghan: Becoming Royal trailer covers everything from brotherly disagreements to misbehaving fathers, so get your popcorn ready.

Meghan, Duchess of Sussex, could give birth any day now, but Prince Harry's appearance at the London Marathon on April 28 seemed to confirm that there's no baby as of yet. Compared to the onslaught of dramatic news leading up to their May 2018 wedding, this waiting period has been relatively calm and quiet, which totally fits Meghan's supposedly zen approach to childbirth. Given the pair's whirlwind year, they definitely deserve this peace, but in Lifetime's latest portrayal of their relationship, Harry and Meghan's onscreen counterparts will experience their earlier drama all over again.

Harry & Meghan: A Royal Romance debuted on Lifetime on May 13, 2018, detailing everything from the couple's first meeting to Harry's proposal. It came with fictionalized twists, of course, and while sequel Harry & Meghan: Becoming Royal will also likely have cinematic flairs, its full trailer recounts very real circumstances. Starring new actors Tiffany Smith and Charlie Field, Becoming Royal is slated to follow Harry and Meghan before and during their first year of marriage.

The full trailer first focuses on Meghan's doubts about fully assimilating into her new life and even touches upon the real-life report that Prince William thought Harry and Meghan's relationship moved too quickly. Field's Harry sticks up for Meghan throughout these conversations and worries, but his supportive words can only do so much. As aristocrats and press poke at Meghan's insecurities in the footage, an official is sent to keep her "in line," which is probably an embellishment on Lifetime's part.

But the trailer takes a drastically real turn when it delves into the pre-wedding drama of Thomas Markle reportedly staging paparazzi photos of him preparing for the big day. Smith's Meghan is seen confronting her father about the pics, and the trailer even offers a glimpse at a very accurate-looking Thomas doppelganger. If you have to recreate a mess, why not do it as accurately as possible, right?

As we now know, the backlash from the truth about the photos caused Meghan's dad to drop out of the wedding and ultimately cite his health for not attending at all. It's no surprise that the incident involving him prompts fictional Meghan to take a stance within palace walls. "If I don't speak up before the wedding," she says, "the world is just gonna see me as a girl in a dress. I have to start living up to the person I want to be."

We have no way of knowing for sure, but let's hope that fiction mirrors truth in this case. Meghan is no stranger to staying cool and graceful IRL, and it isn't hard to believe that she may've had a similar moment of control before her wedding day. While Becoming Royal has to focus on some unpleasant details, it looks like it'll only emphasize the class act the Duchess has been through it all.

Harry & Meghan: Becoming Royal premieres on Monday, May 27, at 8 p.m. ET on Lifetime.