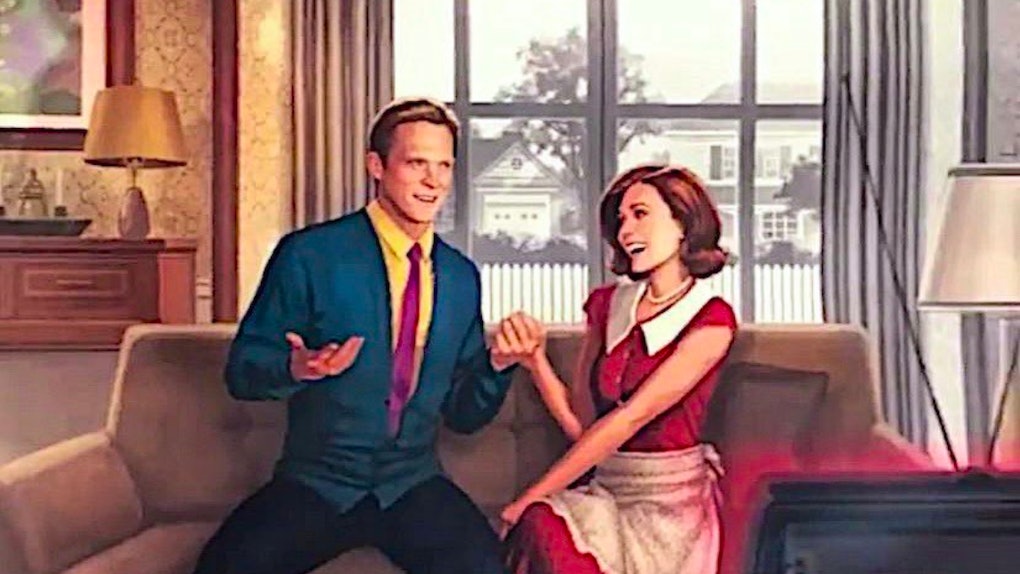 The First 'WandaVision' Promo For Disney+ Is An Epic First Look

When Disney+ debuted, it did so with shows from Lucasfilm, the Disney Channel, and Pixar. But though there was a show focusing on Marvel's real-life heroes, there was notably no series about the big-screen superheroes. The original plan was for The Falcon & the Winter Solider to come in August, followed by WandaVision in 2021. But even before the coronavirus pandemic, WandaVision had upped the timeline to 2020, and now, with Falcon delayed, it will be the first Marvel show to debut on Disney+. The first WandaVision promo promises an epic time-travel, multi-universe journey.

The concept behind these Disney+ shows is that they are direct continuations of the Marvel characters' big-screen adventures already know and love. Both Wanda Maximoff and Vision are spinoff characters first properly introduced in the second Avengers film, Age of Ultron. (Wanda was shown in a post-credits scene before that, but it was only for a few seconds.) Their relationship was never given its own movie, but a subplot through-line that occurred only in the crossover films. This series marks the first time either character is a headliner of a Marvel project and takes center stage.

That being said, fans might be perplexed by the premise of Wanda and Vision as a happily married couple. After all, when Avengers: Endgame came to an end, Vision was dead, and not in a way that any snap could bring him back.

But that's where WandaVision has an ace up its sleeve. What fans may not have quite understood, due to her never being the main character, is that Wanda Maximoff is one of the most powerful superheroes in the Marvel canon. She may not reach the "reverse death" levels of power. But what she can do is mess with time and space, folding the layers so that it seems like Vision is alive.

That "messing with time" is one of the reasons WandaVision looks like a trip through the decades on television. She's moving them through the different eras, trying to hide the fact that she's changing the fabric of reality, both from Vision (who would disapprove) and from herself. But most importantly, she's hiding it from those who would stop her, like Monica Rambeau. Here's the synopsis:

The series is a blend of classic television and the Marvel Cinematic Universe in which Wanda Maximoff and Vision — two super-powered beings living idealized suburban lives — begin to suspect that everything is not as it seems.

WandaVision does not yet have a release date but is expected to debut on Disney+ in December of 2020.