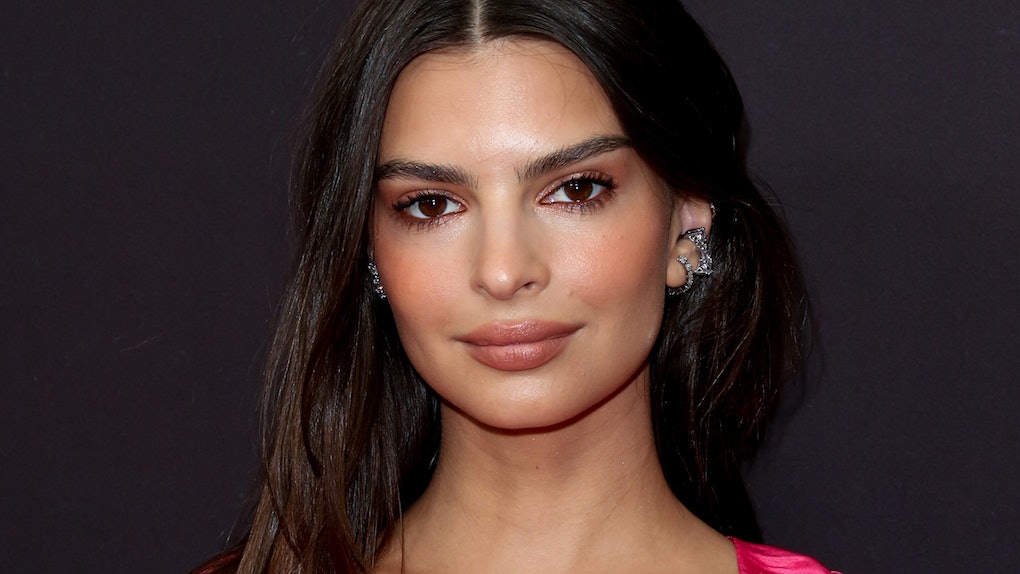 Congratulations are in order for Emily Ratajkowski and her husband Sebastian Bear-McClard! On Thursday, March 11, the 29-year-old model announced on Instagram she had given birth a few days prior. You need to see the first photo of Emily Ratajkowski's baby because it shows an intimate moment between the star and her first child.

In her IG, Ratajkowski revealed she and Bear-McClard welcomed their baby on Monday, March 8. "Sylvester Apollo Bear has joined us earth side. Sly arrived 3/8/21 on the most surreal, beautiful, and love-filled morning of my life," Ratajkowski captioned her post, which showed her breastfeeding her newborn.

Celebrities were thrilled over the news, like model Ashley Graham, who commented, "Welcome to the world Sly!" and model Karrueche Tran, who wrote, "CONGRATSSSSSSS."

The star first announced she was expecting in an October 2020 essay for Vogue, as well as a video directed by her friend Lena Dunham. At the time, Ratajkowski said she and Bear-McClard didn’t want to know the sex of their baby because their child would eventually decide how they identified. "When my husband and I tell friends that I'm pregnant, their first question after 'Congratulations' is almost always 'Do you know what you want?' We like to respond that we won't know the gender until our child is 18 and that they'll let us know then," Ratajkowski explained.

"Everyone laughs at this," she added. "There is a truth to our line, though, one that hints at possibilities that are much more complex than whatever genitalia our child might be born with: the truth that we ultimately have no idea who — rather than what — is growing inside my belly."

For months, Ratajkowski documented her pregnancy journey on IG, always making sure to put her belly on display. In November, she and Bear-McClard went on a "babymoon" to celebrate the upcoming arrival of their first child. "babymoonin’ in the most special place," she wrote in a Nov. 19 post.

The couple's baby arrives three years after they tied the knot during a surprise ceremony in February 2018.

Here's to a new life as parents!