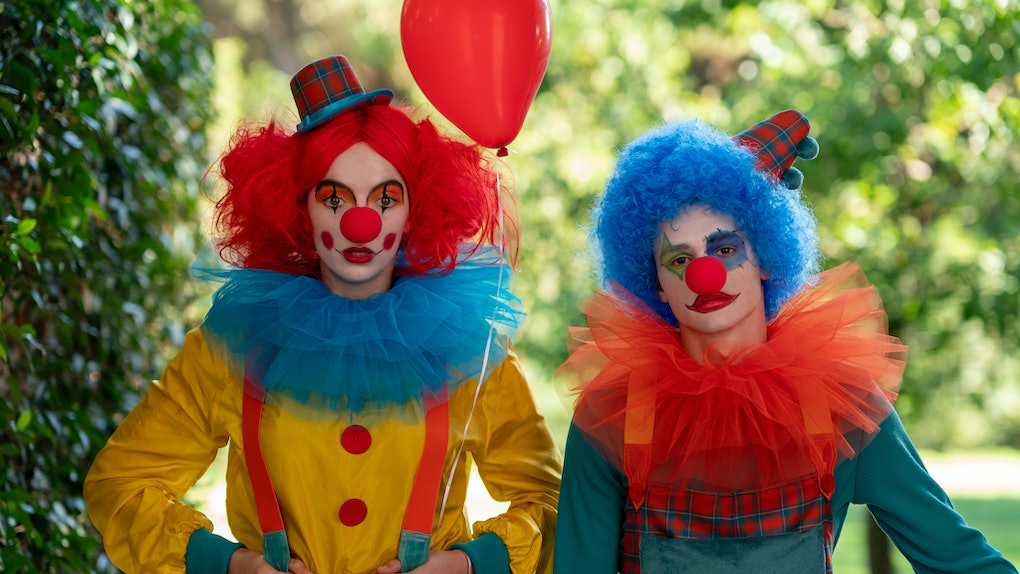 If it's springtime, and the days are getting longer and warmer, then it must be time for Killing Eve to return. The biggest runaway hit for BBC America since Orphan Black, Killing Eve, continues to make waves as yet another showrunner takes the helm. The series, which was started by Phoebe Waller-Bridge, has become a playground for female writers and showrunners to make their mark on TV. This year it's Suzanne Heathcote from Fear The Walking Dead's turn. And from the looks of these Killing Eve Season 3 photos, things are about to get a little weird.

When Season 2 of Killing Eve ended, it was the mirror image of the end of Season 1. In Season 1, MI-6 agent Eve Polaski (Sandra Oh) stabbed her serial killer nemesis Villanelle (Jodie Comer) and then ran off, leaving her for dead. In Season 2, Villanelle shoots Eve when Eve refuses to run away with her, and walks off, angry and betrayed.

When the show starts with Season 3, Eve and Villanelle are trying to move on. Here's the synopsis:

The third season continues the story of two women with brutal pasts, addicted to each other, but now trying desperately to live their lives without their drug of choice. For Villanelle, the assassin without a job, Eve is dead. For Eve, the ex-MI6 operative hiding in plain sight, Villanelle will never find her. All seems fine until a shocking and personal death sets them on a collision course yet again. The journey back to each other will cost both of them friends, family, and allegiances … and perhaps a share of their souls.

As for how the two are doing, let's check the first photos.

At the end of Season 2, Eve's boss, Carolyn Martens (Fiona Shaw), essentially seemed to have fired her. It looks like that's being undone here.

Moreover, it looks like Eve is moving away from London.

Her husband, Niko, looks pretty excited to be living out of the city and away from all the madness of the last two seasons.

Eve looks like she's putting a good face on it.

Is this her new job? Or is Eve undercover again?

As for Villanelle, her fashion sense is still as sharp as ever.

And her handler, Konstantin Vasiliev (Kim Bodnia), who may or may not be working with Carolyn, is still around and handing out assignments in manilla envelopes.

And those assignments are still going to be some of the most fun murder on TV today.

Killing Eve returns to BBC America and AMC, simultaneously broadcasting on both channels starting on Sunday, April 26, at 10 p.m. ET.