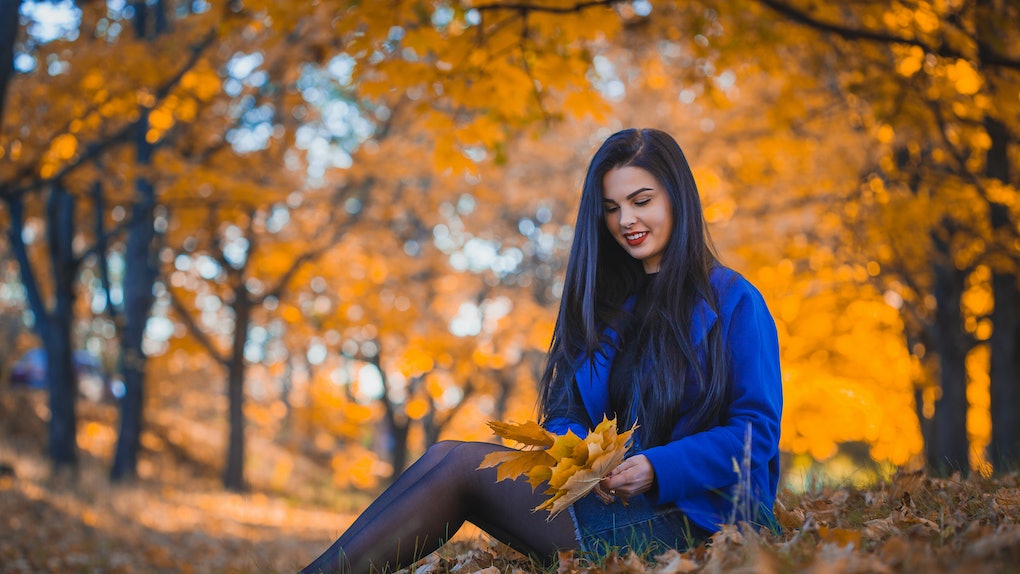 The Emotional Meaning Of The 2019 Beaver Moon Is About Manifesting

The phases of the moon are as magical as they are mysterious. For instance, the new moon marks the beginning of the lunar cycle, and the full moon typically brings something we've been working towards to fruition. This is especially true with the emotional meaning of the 2019 Beaver Moon, considering it will be illuminating the night sky in the overly-indulgent sign of Taurus.

Abundant and pleasure-seeking, Taurus' fixed earth is a representation of the sensual delights you experience in the physical dimension. Meanwhile, Taurus is also a symbol of Mother Earth, because if you really think about it, the best things in life are free.

Glimmering and working at its full potential in the sign of Taurus, the Beaver Moon will shed light on your desires, despite how forbidden or taboo-like, in order for you to unapologetically indulge in your five senses. When the moon reaches its peak, it sits directly across the sun which symbolizes the divine feminine and masculine energies coming face-to-face to create harmony between both your emotional and physical body.

The sun is a symbol of your outer world, physical identity, and ego; it’s how you express yourself in the physical form, and your unique divinity with the rest of the world. The moon, however, represents your shadow self and innermost feelings. The Beaver Moon will light up the night on Tuesday, Nov. 12, at exactly 19 degrees Taurus. Fixed and slow-moving, Taurus reminds you to look around and soak in the earth's abundance. The sun in Scorpio, however, is a representation of death and transformation.

The Emotional Meaning Of The Beaver Moon

This Venus-ruled lunation will be swirling with feels. It will directly oppose Mercury retrograde while it trines Neptune. Mercury Rx is asking you to revisit, reassess, and rediscover something. In the witchy sign of Scorpio, it likely revolves around something occult-friendly, taboo-like, or perhaps something with your ancestors. Neptune is the planet of dreams and the universal realm, which only heightens the potency of this Mercury Rx in Scorpio.

In the end, the Beaver Moon is asking you to step into the power you possess — both mentally and physically — especially when considering the Mercury Rx influence. However, this lunation will also make a harmonious connection to serious Saturn — planet of limits and structure — which creates an emotional influence, in regard to the way you treat Mother Earth and the planet, collectively. Go-getter Mars will also make a sextile (harmonious aspect) to lucky Jupiter, which means everything you've been working so hard for could finally start to see fruition during this time.

This blessed lunation is here to help you reap all that you have sowed, because you've earned it.