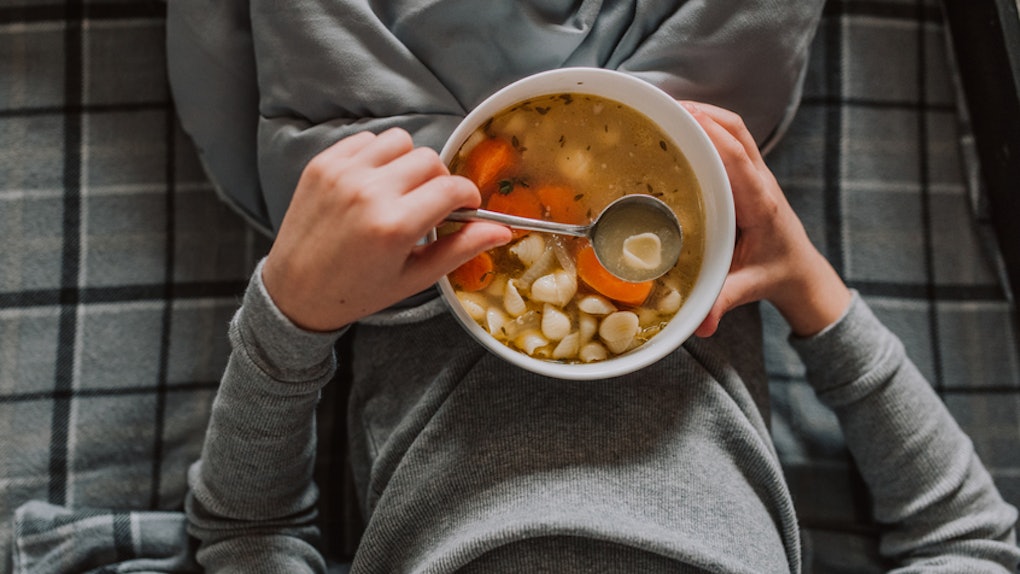 The Difference Between The Flu & The Cold, According To An Expert

No one likes being sick. When you get the flu, your head feels like a balloon, your sinuses turn into mucus farms, and your cough sounds like something died in your lungs. Then again, those symptoms can often apply to a common cold, too, which can certainly be confusing. In fact, when you think about it, it can be borderline impossible to tell the difference between the flu and the cold sometimes. But given this year's especially deadly, record-breaking flu season, it's important to be aware of your symptoms so that you can can pinpoint a diagnosis as quickly as possible and get the treatment you need.

In order to give you the tools to advocate for your own health, Elite Daily spoke with Dr. Mia Finkelston, a board-certified family physician who treats patients virtually via the telehealth app LiveHealth Online, about how you can distinguish between a flu and a cold in the coming winter months.

The primary difference between the two illnesses, according to Dr. Finkelston, is the speed at which the symptoms take over a person's body. "Colds typically ease in," she notes, "[but] the flu comes on quickly and feels as if you're getting hit by a truck."

If you can't figure out if it's a flu or the common cold, think about how quickly your symptoms set in.

Another notable difference between the flu and a cold is the severity of the fever that accompanies each illness: According to Dr. Finkelston, fevers arising from a cold are generally low-grade, meaning they peak at around 100 degrees Fahrenheit, while fevers arising from the flu can go much higher, thus leading to more potential danger for your body. You can also spot the flu by the array of symptoms that can descend all at once on your body: aches and pains all over, GI symptoms (aka nausea and diarrhea), and an awful headache, to name a few examples.

If you do think you have the flu, or if you can't be quite sure whether it's a flu or a cold, the best thing you can do is see your doctor ASAP.

Of course, there's always the question of how to avoid the flu if you haven't contracted it quite yet.

One option is the flu shot, although that won't protect you immediately.

"[The flu shot] takes two weeks to become protective once you get it, and only lasts upwards of three to four months max," Dr. Finkelston tells Elite Daily. She recommends getting the shot around Halloween so that you're covered through February. But if you didn't get the shot yet and are considering it now, then it would certainly cover you through the rest of the winter and into the early weeks of spring.

If you're not sure you want to get the flu shot, don't feel the need to panic about the flu epidemic, even though the news has been overflowing with stats about how gnarly this flu season has been.

"If you are a healthy person," Dr. Finkelston insists, "You should not be any more worried about this flu epidemic." She advises that you continue with the same basic practices of cleanliness as a general precaution: wash your hands frequently, keep your diet filled with nutrients, and try to keep your body as well-rested as possible with a good sleep schedule.

The only demographics that should be especially careful during flu seasons are the very young, the very old, and those with pre-existing health conditions.

"If you're following a healthy lifestyle and you contract the flu, you should be able to fight it off with the proper care and treatment," Dr. Finkelston says. She adds, "Knowing when you need to reach out to medical professionals for appropriate care is also important."

The SparkNotes version of all of this? Stay clean, stay calm, and stay cognizant of your body, should symptoms arise.