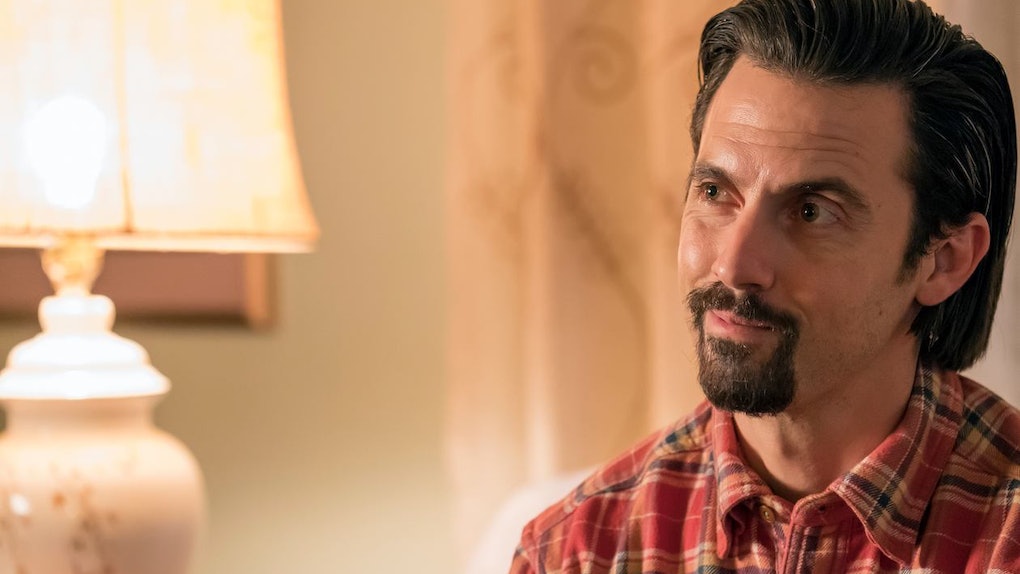 Ever since that ominous shot of the Pearsons' smoke alarm ended last week's episode, fans of This Is Us have been counting down the moments until Jack's D-Day, aka the reveal of the circumstances of his death. However, what we weren't expecting was a who-knows-how-old Crock-Pot on This Is Us to be the cause of this family's loss and ongoing angst. You're supposed to make our lives easier, Crock-Pot!

As the episode "That'll Be The Day" closed in on its second half, it looked like the subject of Jack's anticipated death wasn't even going to be approached. Jack and Rebecca were stoked to celebrate Super Bowl Sunday, a day on par with Thanksgiving for the Pearsons, and it seemed too cruel of these writers to ruin the day's sanctity with Jack's death. After all, the triplets were even conceived on Super Bowl 1980, and some things are just too coincidental.

Clues surrounding the big mystery — Rebecca's Steelers jersey, Randall going out with Allison, and plenty of emphasis on cute dogs — piled up, but aside from the Big Three being typical teenagers and butting heads with their parents, nothing seemed too amiss in the Pearson household. After the game, Jack stored away their Super Bowl snacks, shut the kitchen lights, and switched off the Crock-Pot Rebecca used to make chili.

The hour started with an introduction to an unknown elderly couple preparing to sell their home, with the man, George, showing major reluctance. Later in the episode, Rebecca showed Jack a real estate listing for a home he could flip for his new business, inspiring him to partner with her for the company. Of course, I initially assumed that the listing was for the couple we met earlier. This theory concocted plenty of happy thoughts that made the idea of a widowed Rebecca almost OK. Do the elderly couple become surrogate parents to her when she shows up at their house in the name of her dead husband's career dreams? Does Rebecca buy the house anyway and move in after Jack's death?

Proving that it's far from stopping its unexpected jumps in time, the show soon revealed that the nostalgic George lived near Rebecca and Jack when they were expecting their kids. Clearly, they reminded him of him and his wife, as he felt impelled to give them his old Crock-Pot (how long do these things last?!). While it was a household blessing in 1980, it was also already up in years, as George advised the couple to fiddle with the switch to make sure the slow-cooker was truly off.

Eighteen years later in 1998, George's advice escaped Jack's mind. Our hearts collectively shattered as we watched the Crock-Pot switch back on after he left the room, starting the fire that the entire season has built up to.

While the episode ended before anyone in the house realized what was happening, seeing how that last day progressed told us so much about the present-day quirks of the Big Three:

Questions still left unanswered involve the family dog's role in the fire (if any) and why exactly Kate feels responsible for Jack's death. Seeing as Rebecca was sleeping when the fire began and the flames were already intense at the episode's close, there's also the question of how she managed to toss on her jersey before escaping. After all, who knows where that shirt ended up after she and Jack got busy in the bedroom together?

Tiny logistics like this also suggest that Jack's death was more dragged out than it seems. Did he die later in a hospital? Did Kate and Randall stay with Miguel while Rebecca waited for Jack to improve? So many questions!

We'll have to wait for official answers until the post-Super Bowl episode (isn't it ironic?) airs on Sunday, Feb. 4.