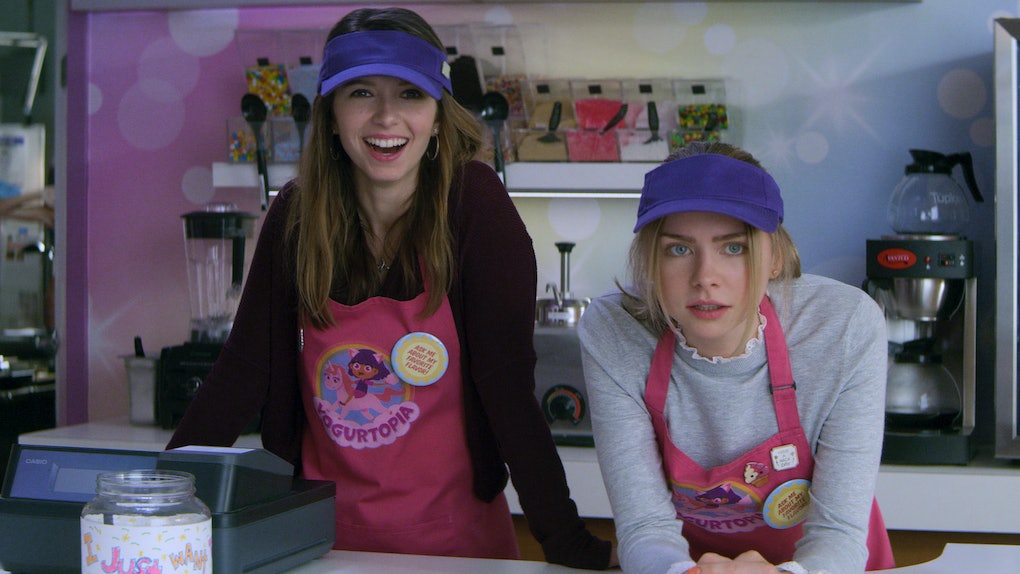 There are a ton of fun pop culture references in Netflix's new series Teenage Bounty Hunters, but one scene in particular will stand out for BTS superfans. The K-pop megastars are the subject of a hilarious exchange in Episode 4, and it's definitely be a relatable moment for anyone who has worried they may be stanning a bit too hard. The BTS shoutout in Netflix's Teenage Bounty Hunters is sure to make every ARMY smile.

Teenage Bounty Hunters premiered on Netflix on Friday, Aug. 14, telling the funny and dramatic story of twin sisters who take up an unlikely career in bounty hunting in order to pay for repairs to their dad's truck and cover up the fact that they crashed it. Sterling and Blair's back-and-forths in the series are filled with timely, hilarious pop culture references, and that is never more evident than in Episode 4, "Basically Pluto."

In the episode, Blair's crush surprises her at home, and she immediately strategizes how to reorganize her room to make it look more adult, a process that would include disposing of her BTS poster: "I need to go stage my room like I wasn’t 12 in the last five years. I definitely need to hide my BTS poster. I cannot burn that poster, Sterling, you know if has emotional resonance for me. Okay, fine. You know what? I will burn it. But I am furious about this!"

Thankfully, the boys survived Blair's meltdown after Sterling calmed her sister, and a more composed Blair even revealed her favorite members of the group. "You’re right. What am I doing? Everything is fine. It’s great to have him here. Who cares if he knows I love J-Hope the most? With Suga a close second."

Show creator Kathleen Jordan revealed how the BTS moment came to be in an interview with Refinery29. Jordan said Blair's room was modeled after her own high school bedroom, complete with a B*Witched poster (shout out to everyone who grew up jamming out to "C'est la Vie"). But since that group is admittedly a bit dated for teens in 2020, a younger writer suggested BTS as a replacement:

We dressed Blair's room to feel really similar to my high school room and the production design team did such an amazing job. We put up a B*Witched poster. And then I'm in there and I'm like, ‘This is a little anachronistic. How would Blair possibly know about the band B*Witched?’ So instead we put up a BTS poster. It's good to have the young people fill me in on what's cool. It was one of our younger writers that helped us write that, honestly.

Given that BTS has probably the most dedicated and passionate fandom in the world right now, including that poster in Blair's room was definitely the right move. Here's hoping Netflix picks up Teenage Bounty Hunters for a second season so the show can dive into Blair's ARMY status even more.