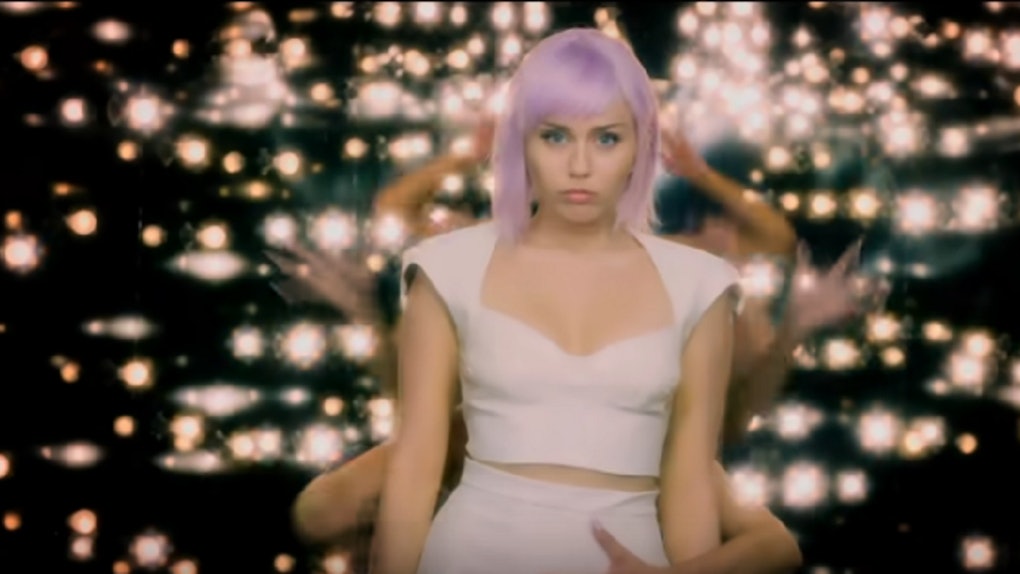 Art often imitates reality, and in the case of Black Mirror, that's definitely true. The Netflix anthology series tackles the harmful effects of technology on humans, and although its stories take things to an extreme, they always convince me to hide my phone for a while. In addition to its relatable portrayals of technology, the Black Mirror Season 5 trailer reveals Miley Cyrus' role as a pop singer, so some TV never strays too far from the truth. But given Black Mirror's often bleak stories, she and the season's other stars might not be destined for the best of both worlds on the show.

ICYMI, the Black Mirror franchise released the interactive movie Black Mirror: Bandersnatch in December 2018, taking your childhood love of Choose Your Own Adventure books to a new level. However, the intricacy of Bandersnatch and its multiple endings delayed the production of Black Mirror Season 5, which will only consist of three episodes. This is a little upsetting — after all, if I'm going to delve into deep commentary on the state of the world, why not have as much terrifying content as possible? But on the bright side, the season is launching on Netflix on Wednesday, June 5.

The low episode count also means that it's easier to pick out specific storylines in the season trailer. Netflix's preview features recognizable stars, but most notably, it debuts Miley Cyrus in her long-hyped Black Mirror role. Rumors of her involvement first spiked late last year when she was spotted filming in South Africa, and Cyrus then seemingly confirmed her gig in an interview with Howard Stern. It turns out that the former Disney star will step into familiar shoes for her Black Mirror episode, appearing in the trailer as a pop star who ditches her natural look for a more futuristic-looking persona onstage. Hannah Montana 2.0, perhaps?

The trailer also showcases Andrew Scott (Sherlock), Anthony Mackie (Marvel Studios' Sam Wilson), and Topher Grace as cast members. Scott's character seems to reel from the fact that everyone is constantly connected to a device, while Mackie plays a husband entertaining the idea of cheating on his wife. Grace only appears toward the end of the promo, looking like a cross between a person living in a post-apocalyptic world and a guy attending a yoga retreat.

Netflix confirmed that the rest of the Season 5 cast includes Yahya Abdul-Mateen II, Damson Idris, Nicole Beharie, Pom Klementieff, Angourie Rice, Madison Davenport, and Ludi Lin. The preview also teases stories about virtual reality and teenagers' self-esteem, but for now, I'm here for Cyrus' return to TV. Although she couldn't mention the project by name in her December talk with Stern, Cyrus spilled about how she felt after filming Black Mirror. She told him:

I can't say too much, but I can say that I think I kinda hate everything that I do. Any time I leave anywhere, I think it's horrible...I hate everything, but it was the first time that I've left somewhere feeling really proud of my work.

That's an endorsement I can't ignore, so here's to my inevitable nightmares about Cyrus' pop star and her battle with tech. Season 5 of Black Mirror premieres on Wednesday, June 5, on Netflix.