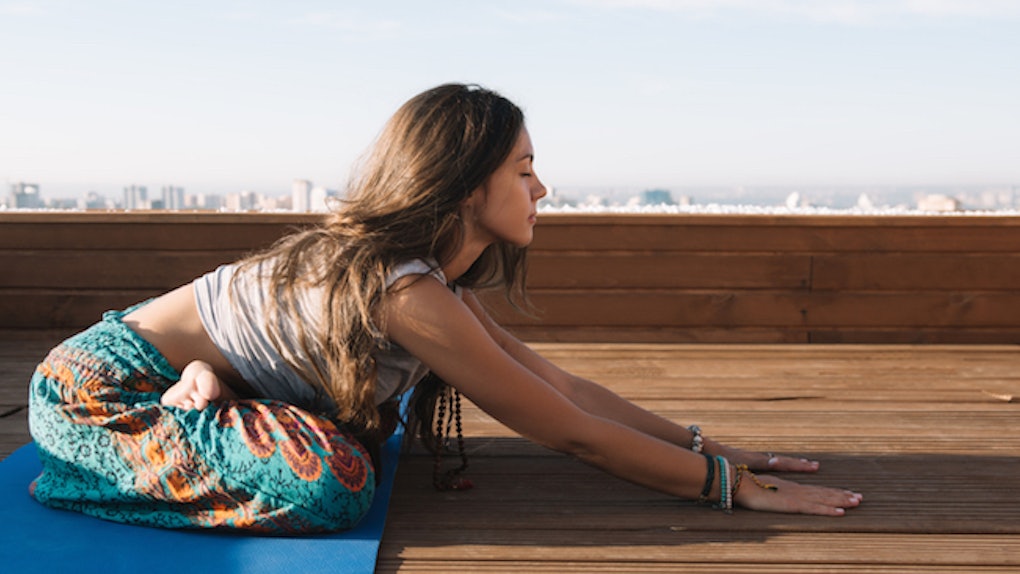 The Best Workouts For Your Mental Health Are Probably In Your Routine Already, So Hell Yes

Convincing yourself to work out can be a struggle sometimes, but once you get your body moving, you rarely ever regret it. Challenging yourself and building your body's strength is so rewarding, but if you're anything like me, then your favorite part of your workout routine isn't necessarily the way your muscles look, but rather, the way exercise makes you feel. You're all about finding those workouts that put a goofy smile on your face by the time you're done sweating it out. Well, I have good news for you: Some of the best workouts for your mental health are actually super common forms of fitness, which means you've probably already included them in your own routine at some point, so you're way ahead of the game on this one.

But before I get into what these specific workouts actually are, it's important to understand what exactly is happening in your body that makes you feel so good in the first place when you exercise. According to Kristin Wilson, MA, LPC, VP of clinical outreach at Newport Academy, there are a lot of factors at play here. For one thing, she tells Elite Daily, "exercise positively impacts levels of serotonin, a chemical that helps regulate mental health." But it doesn't stop at serotonin; exercise also causes a huge release of endorphins, which Wilson refers to as your body's natural "happy chemicals."

What's more, when your body's producing all of those endorphins and serotonin, Wilson explains, your cortisol (aka stress) levels are dropping at the same time.

Basically, when you exercise, your body's creating the perfect cocktail of chemicals and hormones to make you feel your absolute best. "The key benefits of exercise come with consistency, so pick a time of day that fits into your schedule and works well for you," Wilson tells Elite Daily. "Then, be consistent and dedicate that time to your health each day."

So whether you're the kind of person who feels motivated to sweat it out first thing in the morning, or you'd rather exhaust yourself with a workout before bed, it's all about dedicating yourself to that time as consistently as possible.

According to Wilson, some of the best workouts for stress relief and better mental health include yoga and outdoor workouts like running, swimming, and hiking.

"Yoga relieves stress and calms the nervous system," Wilson tells Elite Daily. She also notes that there's plenty of research to back this up, including a 2015 study of 47 high school students, published in the journal Contemporary School Psychology, which showed that people report significantly fewer feelings of anger, depression, and fatigue after doing yoga compared to traditional PE activities.

In fact, Wilson says an increasing number of studies are showing just how much mindfulness can help ease stress and anxiety and improve your mental health. For example, she tells Elite Daily, research from Johns Hopkins found that meditation may be just as effective as antidepressants in treating symptoms of anxiety and depression. Essentially, Wilson explains, the researchers found that "yoga’s combination of slow movement and conscious breathing calms the nervous system," and as a result, this "activates [a] relaxation response via the vagus nerve," she tells Elite Daily. "This is the nerve that helps control the parasympathetic nervous system, also called the 'rest and digest' system."

As for outdoor fitness, Wilson says a jog around your local park or a quick dip in the ocean can be one of the most therapeutic ways to exercise.

Plus, she notes, this isn't just anecdotal: "Research repeatedly proves that [spending] time outdoors reduces levels of stress, depression, and anxiety," she tells Elite Daily. "In fact, being outside in nature actually lowers levels of the stress-associated chemical cortisol."

The coolest part about all of this is that yoga and running are both forms of exercise you can do pretty much anywhere, at any time. Consider adding any of these uplifting forms of fitness to your routine, and watch how quickly your stress melts away.