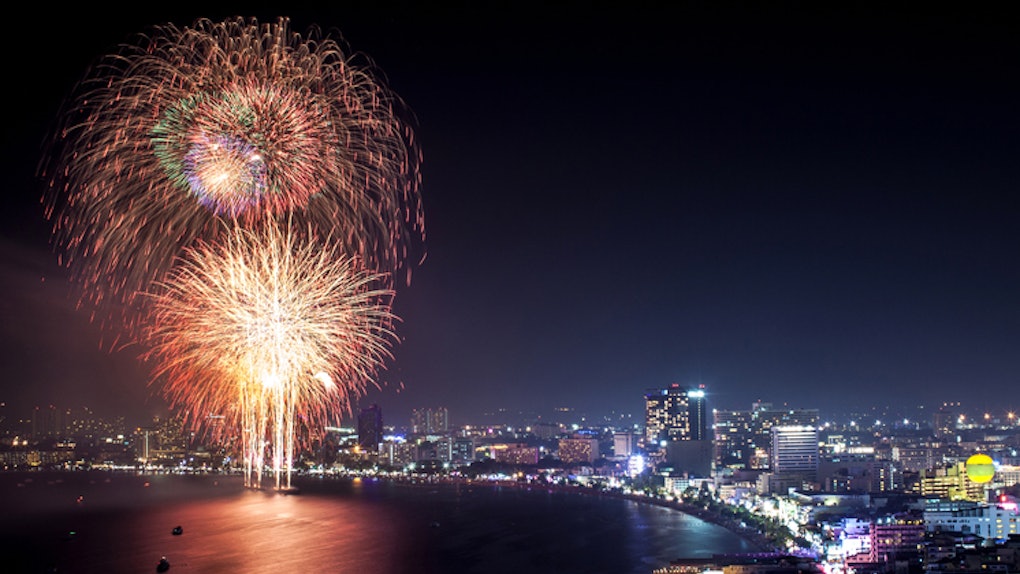 The Best Time To Buy New Year's Flights Is Basically Here, So Book Your Trip ASAP

I know, I know, it's stressful to think about the fact that it's already nearing the end of the year. Think about this way, though: You've almost made it through 2017. You should definitely celebrate by planning a special New Year's Eve trip this year. But don't wait, because the best time to buy your New Year's flights is, like, right now... so start booking.

New Year's Eve tends to be one of those all-or-nothing holidays. Like, sweatpants or cocktail dress, with no in-between. I must say, though, that 2017 has been a very trying year, and it only seems fitting to celebrate making it to the finish line by going all out on Dec. 31. That means that you might be be traveling somewhere to celebrate with friends and family, but just because you're doing it up right doesn't mean that you want to spend a fortune on your plane ticket.

The good news is that if you act fast, you can still take advantage of the best time to buy your New Year's Eve airfare. According to data provided to Elite Daily from Alexis Tiacoh, an Expedia spokesperson, booking your New Year's Eve flight about a month in advance of the holiday (so, now) will translate to a five percent savings on your ticket, as compared to booking closer to the end of the year.

Seeing as it is Dec. 1, you have just enough time to book that holiday ticket within the savings window. Saving money sounds like a great way to ring in the new year.

If you're stumped about where to jet off to ring in 2018, you can check out some of these popular winter destinations, based on Expedia's 2016 winter travel data. Looking for some sun and sand? Los Angeles, Orlando, and Miami proved to be very popular getaways for winter travelers in 2016.

Would you prefer a more traditional snowy winter atmosphere? Washington D.C. and Denver were also top spots for 2016 winter travelers. Heading to Colorado is perfect if you want to show off your ski or snowboarding skills. Of course, one of the most iconic New Year's Eve traditions takes place in New York City. This top winter travel destination of 2016 is the place to be if you want to spend New Year's Eve counting down to the Times Square Ball Drop.

Are you traveling home before New Year's Eve? That's no problem, because you can still score some great deals on Christmastime travel. According to Cheapoair.com, you can fly roundtrip from Newark to Toronto for just $375.59 on flight departing Dec. 22 and returning Dec. 28. If you'd rather spend your December in the desert, you can book a flight from New York City to Las Vegas, with roundtrip airfare starting at $591.99. Your travel dates for that deal will have you departing on Dec. 22 with a return flight on Dec. 27.

Once you decide where you want to go, you can cut down on the time that you're waiting around in airports when you sign up for TSA Precheck. High airport traffic could could force you to wait in long TSA security lines since many like-minded travelers will be jetting off to their preferred winter destinations at the same time. With TSA Precheck, you could cut your wait time down to just five minutes.

It's no secret that holiday travel can be exhausting, but now that you know how to save on your New Year's Eve airfare, you can book your end-of-year getaway without feeling guilty about spending so much money. Ringing in the new year without worrying about how you're going to pay for your flights sounds like a great way to toast to 2018.