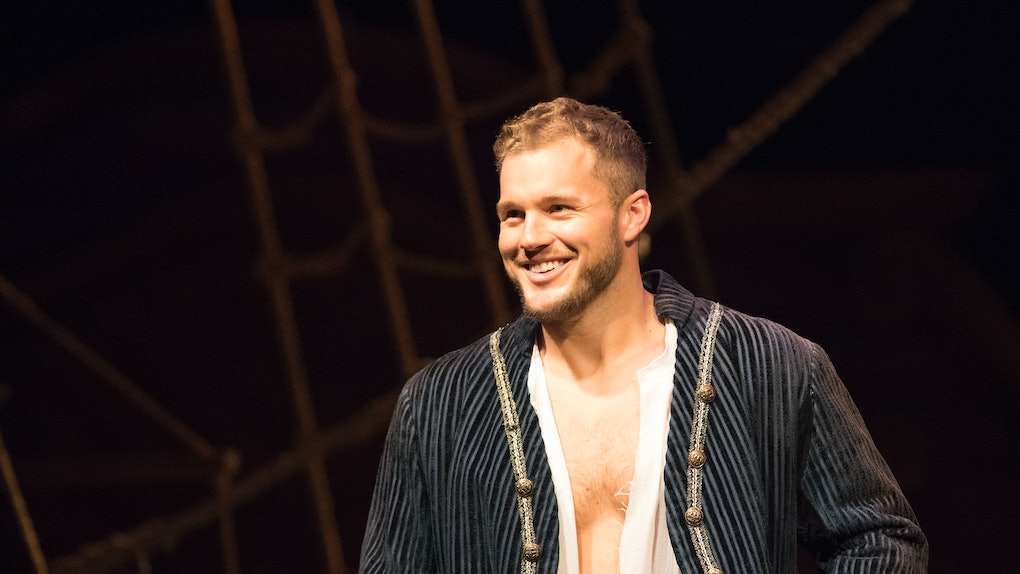 Ah, Bachelor fans, we meet again to judge yet another batch of the best looks from Colton's The Bachelor week three. We've breezed through a whirlwind of limo entrances. We've staked out the shakers and movers of this season will likely be. And we have seen some serious looks served up already. Basically, there's no turning back now.

This week, the looks really ran the gamut of traditionally beautiful to, well, argh-riginal. Episode three started out with the first group date attending a glorified day camp for wannabe pirates — costumes, eye patches, and all — and ended with a drama-filled cocktail party. Elyse then embarked on a one-on-one date with Colton at a carnival, with a bunch of adorable children who, TBH, were better dressed than some of the girls this episode. Then, the second group date double as a Crossfit-level workout class that would've made me quit on the spot, no joke. The rose ceremony was filled with stand-out evening looks galore. And of course, roses were passed around, determining everyone's fate.

However, the only roses that matter in this space, right here, are the roses I'm giving out during week three for the best dressed babes. Peep these best ~lewks~ below and start placing your bets for whose style will stay on top next week.

I know this sounds like a joke, but I'm serious. These two are the most stylish pirates I've ever seen, and I'm about two seconds away from asking this lovely lady where I can cop that corset.

Caitlyn With A Broken Heart

Once again, love or hate Demi, there's not denying she's giving this show everything she's got. And that includes her style choices. I definitely don't hate the cropped white peasant top and coordinated stripe moments going on here. Get that booty, girl.

The drama between Tracy and Demi continues, as does their battle for best look. IMHO, as much as Demi rocked her pirate look, I have to say Tracy comes out on top with a major power move: A bright red blazer over a black two-piece. She'll kick your butt, and she'll do it professionally.

Hannah B. Looking Petrified In Pink

Hannah B. certainly had a tough week amid all the drama between her, Colton, and Caelynn. And while she squeezed by with a rose at the end, at least her outfit game didn't suffer as much as her relationship with Colton did this week. This pastel pink jumpsuit had everything: a choker neckline, a deep v-neckline, and wide leg pants. Colton may not be here for the drama, but I think we're all here for this look.

OK, I don't even like boys, but I'd be remiss if I didn't award Pirate Colton all the buried treasure that is Best Dressed week three. I mean, the pinstriped coat? The knee-high boots? OK, I guess the super, super, super deep v-neck doesn't hurt either. We love a theme, and we love a person who commits to it.