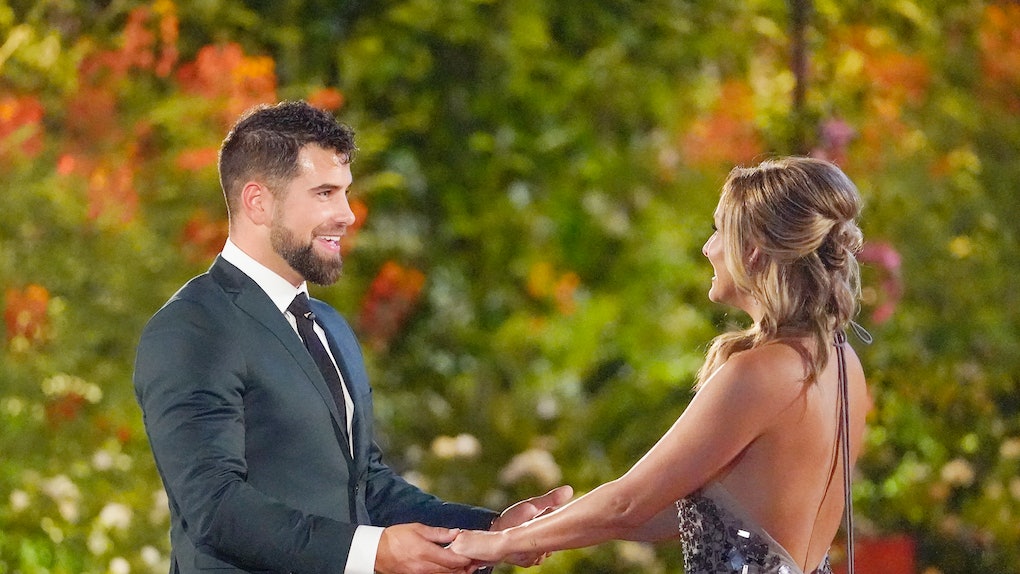 'The Bachelorette's Blake Moynes: Real Job, Instagram, & Facts About Him

Clare Crawley's season of The Bachelorette has begun, which means Bachelor Nation is getting acquainted with a whole new batch of men. One in particular is already standing out, and at first it seemed like it was for the wrong reasons. On Night 1, The Bachelorette's Blake Moynes seemed to get into a bit of hot water with Clare right off the bat, but it turns out his little pre-show faux pas won him some big points with The Bachelorette.

Blake hails from Ontario, Canada, where he works as a wildlife manager. His job is very clearly his passion, since his Instagram is filled with photos of him interacting with animals and he calls himself a "wildlife enthusiast" in his profile. In his official ABC bio, Blake says his "dream woman is outdoorsy." That makes perfect sense, since not only does he spend a lot of time outside for work, but also his Instagram is filled with posts from his many camping trips and other adventures in the wild.

Blake's ABC bio also states, "he has no problems talking about his emotions and wants a partner who will appreciate that he wears his heart on his sleeve." Blake really showed that emotional side of himself on Night 1.

During the first night of The Bachelorette, Clare and Blake sat down to chat for the first time in person. Clare said to him, "Over quarantine, it was really hard for me, and you were the only guy who reached out to me the entire time. I didn’t want to bring this up, but there are these weird rules that we have to follow for the show of not contacting somebody. So, you broke the rule that you're not supposed to contact somebody."

At first, it seemed like Clare was scolding Blake for breaking the rules. But then she told him, "That time you broke the rule meant everything to me." She went on to praise the way he put himself out there to show he was thinking about her. "Taking the risk for something you believe in and something you care about... Take the risk every single time," she said.

Then, Blake took one more risk and went for his first kiss with Clare. It all seemed to work out for him, since he received the first rose during the first night's rose ceremony.

This article was originally published on Oct. 14, 2020