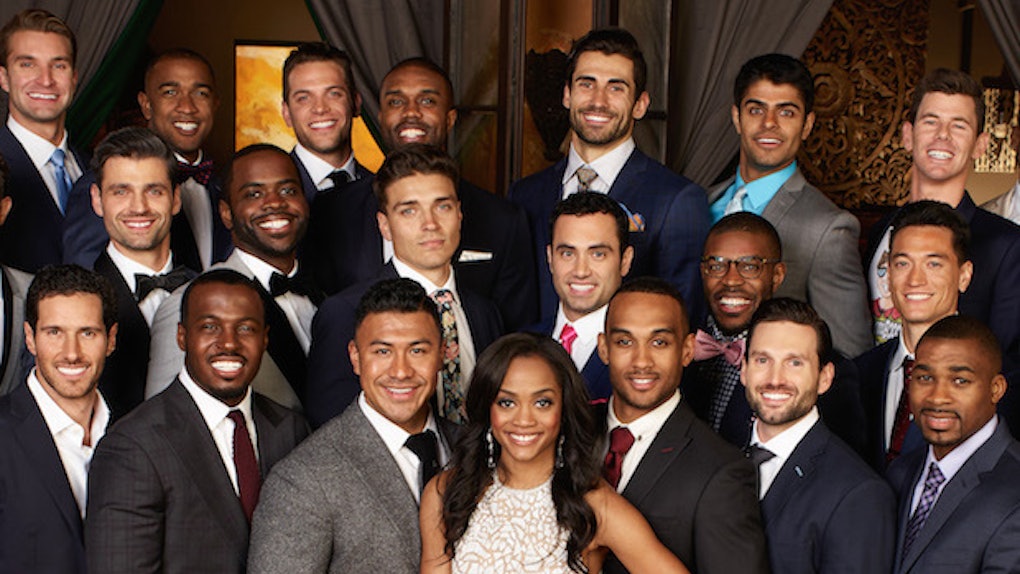 The time has come. The highly anticipated Bachelor Winter Games cast and premiere date is finally here, but one name that Bachelor Nation was expecting to see on the list of participants is missing. Where is last season's Bachelorette standout Peter Kraus!? I guess fans will have to go without the heartthrob when Bachelor Winter Games premieres on Feb. 13 at 8 p.m. ET on ABC.

ABC first announced the new Bachelor spinoff last summer, teasing that it would inject some more competition into the dating juggernaut. Bachelor Winter Games will bring back a bunch of fan favorites from Bachelor and Bachelorette seasons and pit them against one another in winter-themed athletic challenges... while looking for love, of course. Airing alongside the Winter Olympics, the new spinoff will feature not only standout contestants from American seasons of The Bachelor and The Bachelorette, but also contestants from the franchise's branches around the world.

While the cast list looks pretty exciting, there is one name that is pretty notably absent: Peter Kraus. Peter became a fan favorite in Bachelor Nation after coming in second on Rachel Lindsay's season of The Bachelorette, and rumors about him becoming the next Bachelor and participating in the franchise's spinoffs have been all over the fandom ever since. Back in October, Bachelor creator Mike Fleiss tweeted out that Peter was going to be a part of Bachelor Winter Games, but a month later, Peter told Bachelor Nation that he was actually not confirmed for the show.

Now it is confirmed that Mike Fleiss really was just trying to stir the pot a bit to get Bachelor Nation pumped for the new spinoff, because Peter Kraus is not on the cast list for Bachelor Winter Games. Although Peter's not going to be participating, a ton of his castmates from Rachel Lindsay's Bachelorette season will be there, including standouts Dean Unglert and Eric Bigger.

Bachelor Winter Games will air for only four episodes, which will fall on Feb. 13, Feb. 15, Feb. 20, and Feb. 22 on ABC. The contestants will live together in a ski lodge, and compete against one another in Winter Olympic events, including biathlon and ice dancing. The prize for winners will be the opportunity to ask another contestant out on a date. Olympic athletes will guest star on the show, including Nancy Kerrigan. Bachelor and Bachelorette stars Arie Luyendyk Jr., Rachel Lindsay, and JoJo Fletcher will also be stopping by.