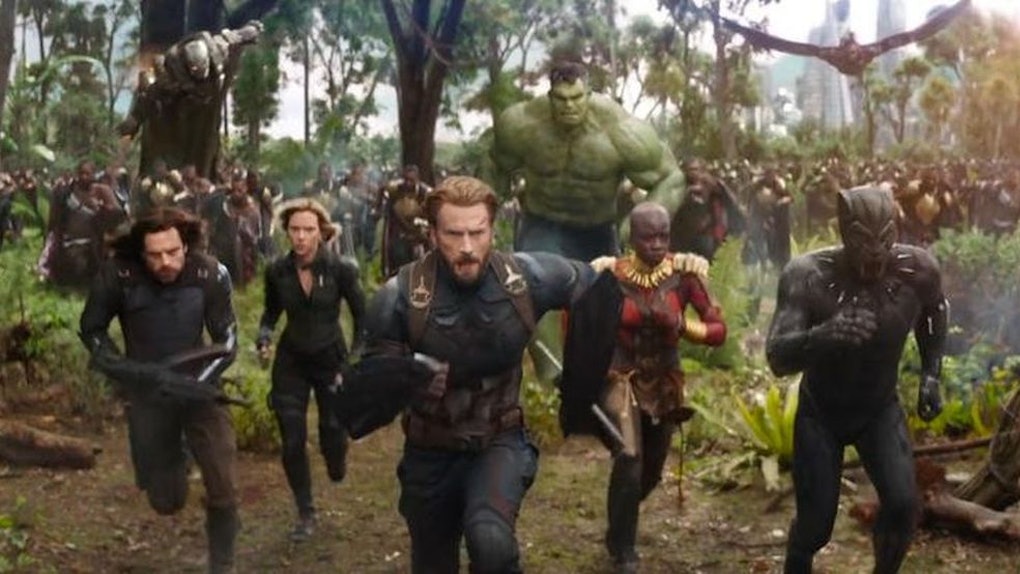 With Avengers: Infinity War less than 50 days out, fans have been preparing themselves for the beginning of the end of the superhero team as we know it. There are still a few more Marvel films to go in this era known as "Phase III," but once the second half of Infinity War arrives in 2019, that will be the end of this round. So, what do we know about the next phase of Marvel's grand plan? Well, it may just be that The Avengers and Black Panther connect in Phase 4, bringing the two of the series major tentpoles of Phase 3 together.

The theory stems from a remark made by Kevin Feige, who is head of the Marvel Cinematic Universe under Disney, and who has guided the ship with a steady hand for the last decade. Speaking to Entertainment Weekly about the future of Marvel's new era, he said that Black Panther's world would be a major factor going forward and that T'Challa's choice to have Wakanda step out of the shadows and become "a world player" would mean that the Avengers would be checking it out.

... it will become an 'anchor point' for future stories. That’s the grand Marvel Studios/MCU tradition of just being all in, right?

Wakanda is a place that the Marvel Cinematic Universe wants to visit early and often, with the film having spent four weekends straight at number one at the box office — something no other MCU film has done. It hit $1 billion as well, putting it in MCU rarefied air. (It is only the fifth MCU movie to cross the $1 billion dollar mark, and the first to do so this fast.) Currently, Black Panther's run at the box office is only just behind that of Star Wars: The Force Awakens in 2015.

With that sort of unbeatable popularity, Disney will want to do whatever it can to pull Black Panther's fans into seeing the other MCU films. It's already been revealed this week that the whole third act of Avengers: Infinity War is set within Wakanda's borders.

As director Anthony Russo put it:

Earth is making its last stand to keep the stone from Thanos. It's the best place to make your last stand.

With that sort of cred, not to mention the shield that keeps Wakanda invisible from the outside world, it's the best place to make a last stand, but it's also a great place to make a home base for those in the habit of saving the world.

The Avengers' headquarters have traditionally been in downtown New York City a couple of blocks from the Hudson, while S.H.I.E.L.D.'s headquarters (before the fall in Captain America: The Winter Soldier) were located in D.C., just south of the Kennedy Center. After the events of Ultron, their new headquarters have been located in New York, but further upstate.

But all this was before the Sokovia Accords came into play. America is now no longer a country with laws that are friendly to powered people. There's an uneasy truce currently between Stark, who runs the New Avengers facility, and the government, since he is a big proponent of the Accords and registration. But fans know Captain America is not nearly as big a fan, and there's a good segment of the Avengers team that refuses to register.

One way to solve this problem: move off American soil. Wakanda has already shown itself to be anti-registration and has no problem sheltering those like Bucky, who need help due to what their powers did to them. With those like Cap and Stark probably on their way out anyway, and those like T'Challa stepping up to the plate with other newcomers to head up the Avengers, having them move their base of operations closer to home, would be appealing too.