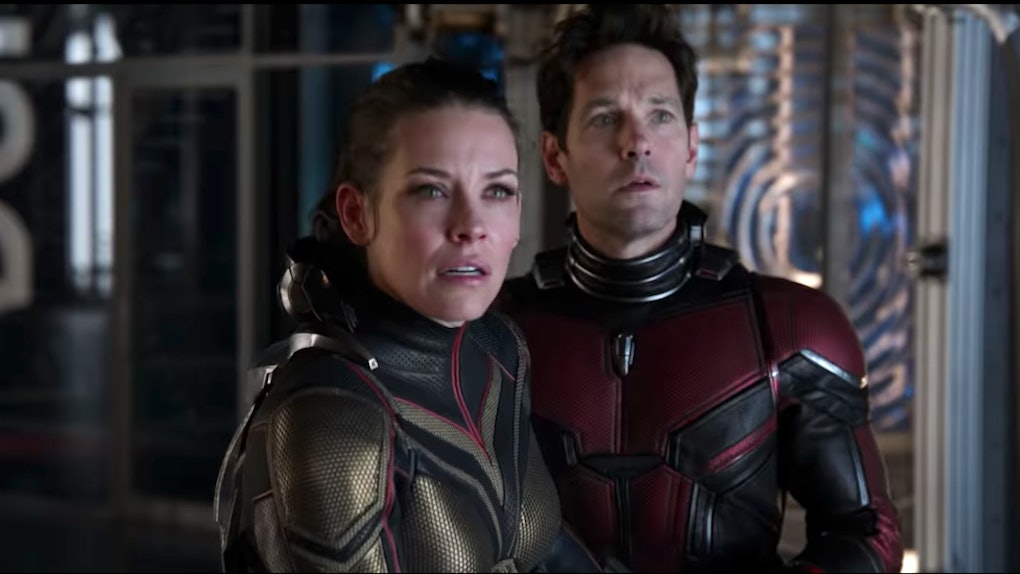 Before Ant-Man and the Wasp was released, Paul Rudd teased that the new movie would deal with the ramifications of Avengers: Infinity War in its post-credits scene, and now that the movie is out, we finally know exactly what he was talking about. Warning: Spoilers for Ant-Man and the Wasp and Avengers: Infinity War follow. It turns out, the Ant-Man and the Wasp post-credits scene sets up Avengers 4 in a major (and pretty scary) way! The scene reveals which Ant-Man characters fell victim to Thanos' snap, and leaves Scott Lang himself in a terrible position. In fact, viewers might be worried that Ant-Man may not even be able to appear in Avengers 4 at all because of where the movie left off... but there is still a way around that. Okay, let's get into that post-credits scene and talk about what it means for Avengers 4.

As everyone knows by now, the recent Avengers: Infinity War ended with Thanos obtaining the six Infinity Stones and snapping his fingers to eradicate half of all life in the universe. That lead to half of the Avengers disintegrating into wafts of dust, teasing that the remaining heroes will have to confront Thanos and save their missing friends somehow in next summer's Avengers 4. Notably absent from Infinity War was Ant-Man, who was unable to join up with the rest of the team after being put on house arrest after being arrested in Captain America: Civil War, so we did not get to see whether Scott Lang survived Thanos' snap or not. Well, Ant-Man and the Wasp finally answers that question.

In the mid-credits scene at the end of Ant-Man and the Wasp, we see how Thanos' snap affected the Ant-Man team. Scott Lang goes quantum to collect some healing particles to help stabilize Ghost with Hank Pym, Janet van Dyne, and Hope van Dyne standing by to pull him out of the dangerous quantum realm. However, the family of scientists disappears into dust — all victims of Thanos' snap — before they can retrieve Ant-Man. Luckily, Ant-Man survives the snap, but now he is stuck in the mysterious quantum realm with no clue how to return to the real world. So, ummm... how is Ant-Man going to be in Avengers 4 if he's stuck the size of an atom? Well, there are some theories about that.

First of all, it does sound pretty promising that Ant-Man will indeed show up in Avengers 4. The character has popped up in promotional art for the upcoming movie, and Paul Rudd is listed in the IMDb credits for Avengers 4. But just how that could possibly happen with Ant-Man stuck in the quantum realm is still a big question mark.

One theory from Screen Rant that sounds plausible points to the potential time-traveling capabilities of the quantum realm. Before Ant-Man entered the quantum realm, resident expert Janet van Dyne warned him to watch out for time vortices. That may have been a little hint that perhaps Ant-Man will find a time vortex in the quantum realm and use it to return to normal size by traveling through time. There is already a ton of speculation that time travel will be a huge part of Avengers 4, so this would totally fit in with those guesses. And since it was recently revealed that Avengers 4 has cast 16-year-old actress Emma Fuhrmann to play Scott Lang's daughter Cassie (who was 10 in Ant-Man and the Wasp), it is starting to look like maybe Ant-Man will travel about six years into the future through a time vortex.

Of course, we are stuck just making guesses about what could happen with Ant-Man in Avengers 4 right now, but we will get the answers soon enough. Avengers 4 will hit theaters on May 3, 2019.