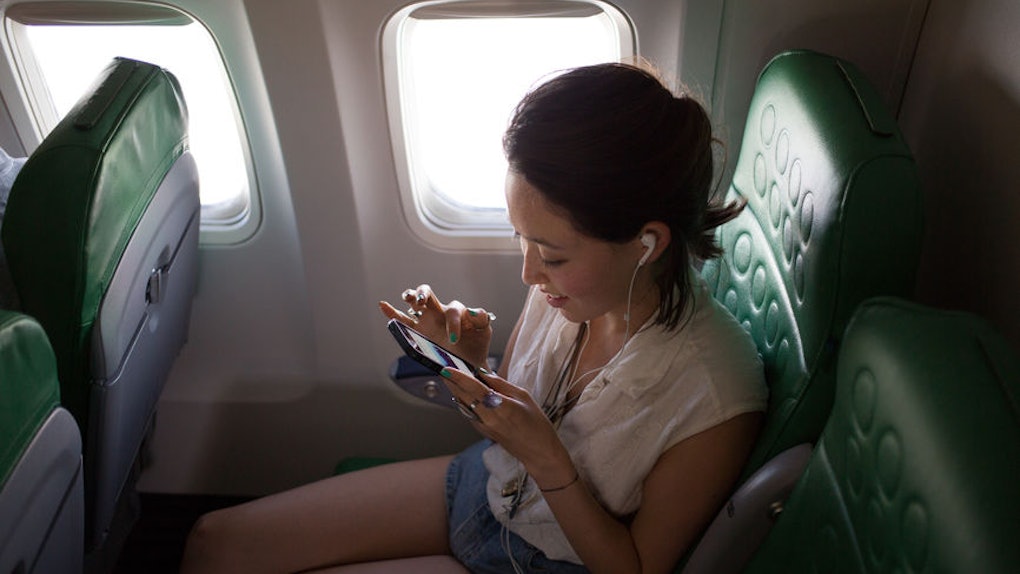 The Airlines With The Best In-Flight Entertainment Have Been Revealed, According To A New Report

If you're not a major fan of flying, you probably rely on some form of entertainment to get you through your time in the air. You might download episodes of the show you're rewatching on Netflix to your iPad, make your favorite Spotify playlist available offline so you have some jams for the ride, or download a game or two to play on your phone. But more often than not, you just cross your fingers and hope that your plane has some great movies that you can stream. If you're not trying to play the guessing game, the airlines with the best in-flight entertainment have been revealed.

A new report by CableTV.com took into account various elements of in-flight entertainment — including seat-back consoles, personal device access, music, TV programming, variety and pricing of movies, games, and more — to rank 10 major airlines in the U.S. by quality of entertainment. They also took extra cost, engagement value, and WiFi availability into account.

The end result? A definitive list of which airlines are the best for you to fly on if you get bored easily. (I don't know about you, but I'm definitely going to use this list to help me plan my next trips!)

Which airline ended up ranking first?

Drumroll, please! According to CableTV.com's report, the domestic airline with the best in-flight entertainment options is Alaska Airlines.

The airline's Alaska Beyond Entertainment spotlights more than 200 movies and TV shows that are readily available to stream on your seat-back console. (The service costs $10 per flight, and is free to first-class flyers and MVP Gold members.) Alaska also offers tablets for rent on all flights.

Their seat-back entertainment consoles are preloaded with movies, music, and games, and you can charge your personal devices with the ports provided at your seat. Though not every plane offers satellite WiFi access quite yet, the airline plans to roll out complete internet access on all planes in 2020, according to CableTV.com's blog post.

What are the other airlines in the top three?

Southwest and Delta round out the top three of CableTV.com's report. Each offer most of the amenities investigated on all planes, but neither currently offer tablets for rent.

Southwest does charge extra for WiFi if you're trying to surf the web or answer emails on your own device. Though none of their planes have in-flight entertainment consoles on the seat-back or for rent, you can stream movies and TV shows for free via their app on your own device. Unfortunately, Southwest doesn't offer outlets or USB charging ports for your devices, but free texting is available as well.

Delta has a pretty sweet seat-back entertainment console situation, though they're not available on all flights. With their entertainment system, you'll get access to a ton of movies, TV shows, games, music, and more while you're in the air. You can also opt to stream their content on your personal device via the Gogo Entertainment app, if you prefer that over the seat-back console.

If you're picky about in-flight entertainment, you can use this list to book your next flight.

I'll be the first to say that I'm not particularly picky about in-flight entertainment systems (I usually fall asleep before the plane takes off!), but a good system is always a plus, especially on long flights. If you're looking for the best airline to keep you occupied during your flight, this list from CableTV.com has got you covered.

More like this
Contiki's 'Bridgerton'-Inspired Mini Break Journeys Through The Show's Film Sites
By Rachel Chapman
Will BTS' Camping Collection Restock? Here's What To Know About The Helinox Collab
By Marisa Casciano
Away's Travel Accessories Collection Brings Comfort To You In Any Destination
By Marisa Casciano
Stay up to date