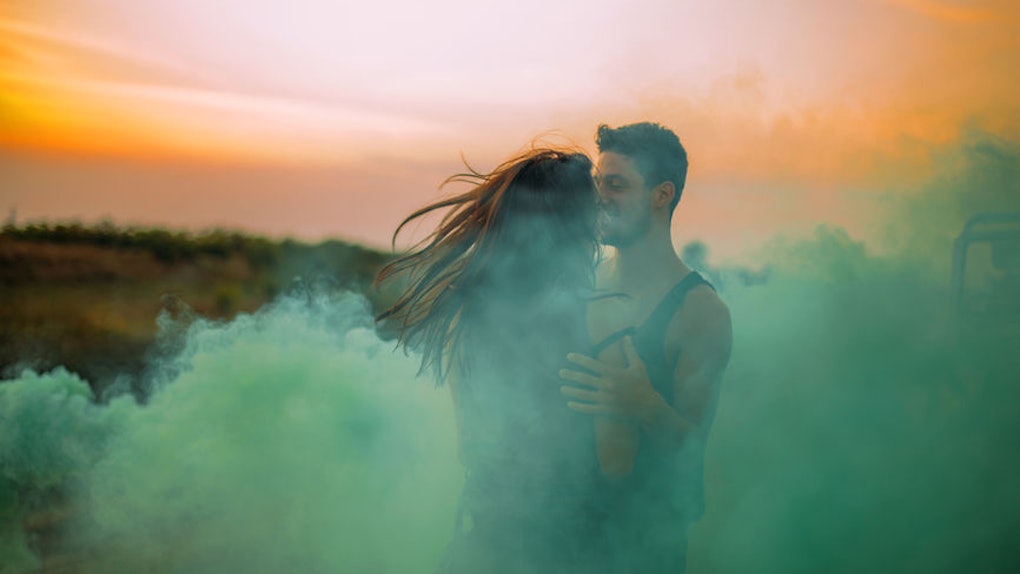 If you're familiar with Venus in astrology, you probably think of her as the most beautiful and loving planet of all. I mean, she's literally Aphrodite, the goddess of beauty, pleasure, and sexiness. She's responsible for all the lust that you've ever experienced. She's the source of all your attraction. Ruling over romance, luxury, affection, and prosperity, what's not to love? Well, truth be told, if you think Venus can do no wrong, then I'm afraid you've fallen victim to her seduction. All things have a dark side, even Aphrodite, and she's known for being jealous, vengeful, and manipulative when she doesn't get her way. If you don't believe me, just wait. When Venus retrograde begins on October 5, 2018, you'll understand how devious and deceptive she can be. But don't go hiding for cover just yet. Believe it or not, Aphrodite can be defeated, especially if you trust the advice you should follow during Venus retrograde 2018.

When Venus is in rolling backward, she's capable of convincing you to do dreadful things, as well as encourage you to fall prey to the toxic behavior of others. During her retrograde, Venus is setting the world on fire and watching how beautifully it burns. However, by taking a look at which sector of your chart Venus will be affecting, you'll catch a glimpse of Aphrodite's duplicitous plans, and foil them before she's even had the chance.

Take care not to let your overwhelming passion for someone supersede your safety and mental health. Avoid getting involved in an addicting and toxic relationship. Don't sacrifice your well-being for the sake of a lover. Be mindful of rushing into making a huge commitment to someone.

Don't start a relationship with someone just because you're feeling lonely. Wait for someone worthwhile. If you partner is being inconsiderate, don't allow them to walk all over you. Harmony isn't more important than your self-respect. Don't stretch yourself thin trying to keep a failing relationship together.

Don't be too available for a lover who isn't available for you. Keep true love on your mind and don't settle for anything less. Avoid overindulging on sugary and unhealthy foods. Don't have sex with just anybody. Sex with someone who carries toxic energy could have a negative impact on your psyche.

Be careful with who you share your body with. Sexual dalliances could result in a broken heart if you're not careful. If you're in a relationship, avoid temptation to cheat on your partner. Avoid letting childhood nostalgia impede your work. Don't invest your happiness in the approval of your family.

Take care not to become too co-dependent in your relationships. Don't allow parental figures to manipulate you. Avoid conflict with your family. Don't use your charisma to persuade people into doing your bidding. Avoid talking your way into a situation you aren't prepared to deal with.

Don't waste your charm on people who aren't worth your time. Avoid involving yourself in mind games, both in love and in life. Aim for honesty and integrity instead of deceitfulness. Remember that extravagance could cost you more than you bargained for. Don't sacrifice true love for the sake of stability.

Try to avoid overspending on things you don't truly need. Luxury is an illusion during this time, so don't fall victim to its charm. Focus on loving yourself instead of needing approval from others. Don't dumb yourself down to fit in with the crowd. It's time to embrace your independence.

Be mindful of insecurities you could feel about your appearance and lovability. Remember that you are enough, no matter what anyone may think. Try not to overcompensate by overspending to quell negative feelings. Don't lure on people you don't truly want to be with.

Avoid obsessive patterns of materialistic thought. Don't allow guilt to bury you in despair. Resist the temptation to keep secrets from loved ones. Try not to stress over being the center of attention. Balance time spent between your lover and your friends. Steer clear of social conflict.

Don't participate in drama with your friends. Don't take advantage of others and don't allow yourself to be taken advantage of. Take care of your personal life and avoid making your career more important than love. Practice truthfulness and honor instead of superficiality.

Avoid workaholic tendencies if they're harming your personal life. Stop putting on a show for people who don't matter. If you're single, be mindful when falling for a mysterious and secretive new lover. If you're in a relationship, don't sabotage it because of a passing desire for freedom.

Don't break important commitments you made to others for the sake of adventure. Try to avoid being lazy and indulgent when pursuing higher goals. Resist the temptation to start drama in your love life to make things more exciting. Be mindful of becoming jealous or obsessive in a relationship.

More like this
The Netflix Reality Show You Should Watch, Based On Your Zodiac Sign
By Chelsea Jackson
Your Mars Sign Meaning Reveals A Lot About Your Sexual Needs, So Take Notes
By Roya Backlund
20 Gift Ideas For Taurus Partners That Are Thoughtful & Bull Of Love
By Kelly Pau
Stay up to date