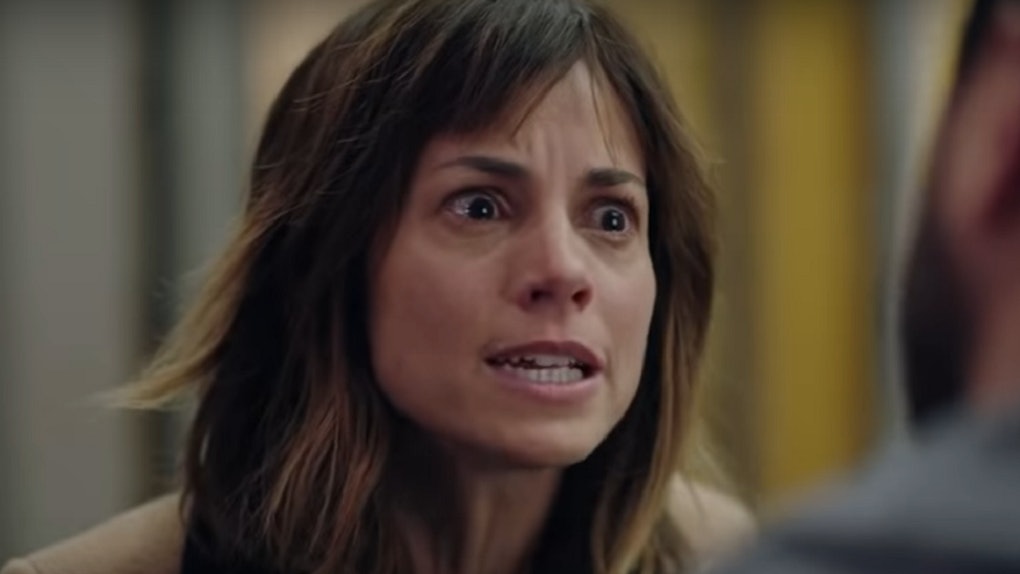 If you still thought that A Million Little Things is a slow and gentle drama about loss and life, the footage for the second half of its season will definitely prove you wrong. Although the series has veered on the slower side in recent weeks, the A Million Little Things Season 1 Episode 11 promo teases a severe change of tone. Brace yourself for inevitably intense monologues and revealing of secrets.

Switching to an earlier time slot on a different day when it returns on Jan. 17, A Million Little Things ended its mid-season finale, "Christmas Wishlist," with a confirmation of what we were already expecting. In a flashback, Ashley (Christina Ochoa) kissed Jon (Ron Livingston) in the doorway of the mysterious apartment where Ashley still picks up overdue bills. In addition to revealing that these two likely had their own affair, the episode included Gary (James Roday) learning that Maggie (Allison Miller) began chemo and a sexually deprived Rome (Romany Malco) announcing a goal to get off his antidepressants. On a less optimistic note, Delilah (Stéphanie Szostak) was ordered to vacate her home ASAP, despite her belief that she and Jon paid off their house years ago.

Ashley's memory reminded us that a happy Christmas season will be short-lived for Jon's friends and family, and the Episode 11 promo assures that things are about to get messy.

Slightly resembling a horror movie, the promo's first scene shows Jon seemingly talking to a video camera and saying, "Let me just start by saying I'm sorry." Is he referring to his sketchy finances? His possible affair? An entire other life that the show hasn't even probed yet? Jon isn't exactly looking like the perfect friend and father the others remember him to be.

After Delilah recruited her at the end of "Christmas Wishlist" to decipher her legal troubles, Katherine (Grace Park) reveals in the trailer that Jon owes $18 million in debt. While Delilah understandably grows angry with Jon, Gary insists that these actions can't be from the man they knew. Well, it's clear by now that no one really knew who Jon was.

Meanwhile, the mystery surrounding Constance Zimmer's character deepens as Ashley is seen trying to talk to the unknown woman. Zimmer's character later approaches Delilah, while someone writes "Barbara Morgan" (a major guess as to who Zimmer plays) on an envelope and a man explains that "Rutledge" is a shorthand term between himself and Jon. Ashley is also seen with Delilah with the long-hidden blue envelope in her hands. As the teaser ends, Maggie nearly collapses during a race while Gary muses in another scene, "I can't believe she's gone."

While it's wise to assume that Gary seemingly mourning Maggie's death is a fake-out, we can definitely believe that the Million Little Things drama is kicking up a notch. The first half of the season has built up several mysteries, and it's about time that the show finally answers these nagging questions. Its This Is Us comparisons may have ended long ago, but copying the NBC series's slow-burn reveal about Jack Pearson's death isn't the way to go with secrets about Jon.