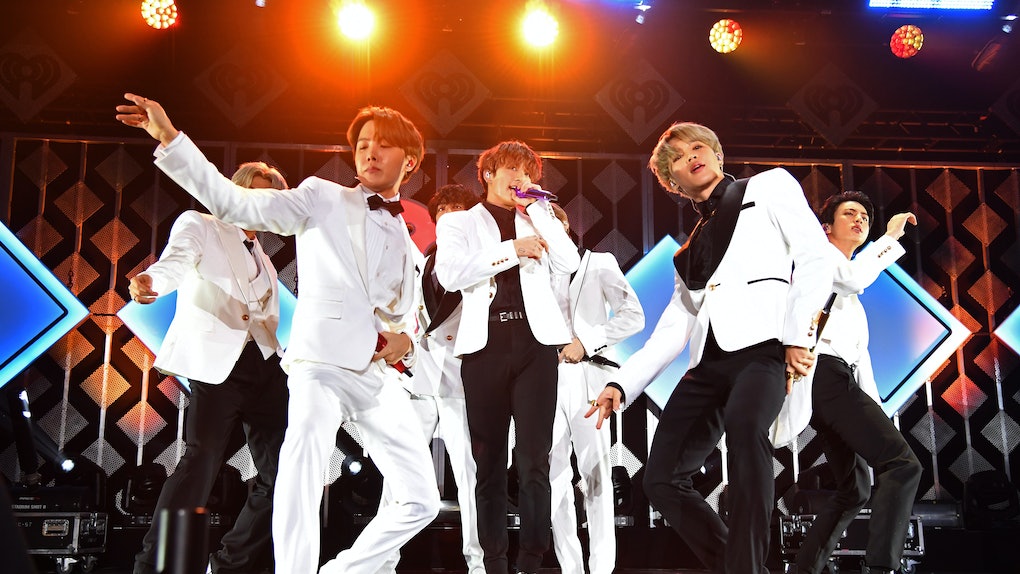 The 2020 New Year's Rockin' Eve Lineup Is So Stacked, You Can't Miss It

For many families, watching Dick Clark’s New Year’s Rockin’ Eve with Ryan Seacrest is a tradition on Dec. 31. This year, whether you're watching the event at home with friends and family or in person in Times Square, the 2020 New Year's Rockin' Eve lineup will seriously blow your mind. It's that stacked.

The New Year’s Rockin’ Eve festivities occur simultaneously in different cities across the U.S. Of course, the main event is in New York City, but the other celebrations happen in Hollywood, New Orleans, and Miami. Since there are four locations, that means each spot gets its own amazing lineup of artists.

But there's a huge surprise for BTS fans. For weeks, ARMYs have wondered if the boys would be performing at the annual MBC Gayo Daejun festival (basically the Korean equivalent of New Year's Rockin' Eve that the group typically performs at). As it turns out, they won't be able to make it to the festival, because they're on the NYC New Year's Rockin' Eve lineup, too.

In 2017, the septet performed at the Hollywood celebration, which was pre-recorded, so BTS' live performance from Times Square will be a refreshing change for fans tuning in and those in Times Square to see the ball drop.

As for the Hollywood festivities, performers include Green Day, Paula Abdul, Dan + Shay, Dua Lipa, Megan Thee Stallion, Salt-N-Pepa, and Ciara, who will host the event. Meanwhile, Usher, Sheryl Crow, and Billy Porter will perform in New Orleans, with Porter acting as host.

Finally, after making a huge comeback in 2019 with the release of Happiness Begins, the Jonas Brothers will close out the year with an epic New Year's performance in Miami. The New Year's Rockin' Eve event will begin at 8 p.m. ET on ABC.

After Dick Clark Productions announced the star-studded lineup, fans immediately trended the hashtag #RockinEve on Twitter to show their excitement.

Many of the tweets came from the BTS ARMY, who are overjoyed BTS will be performing live in Times Square this year.

2020 isn't even here yet, but it's already off to an amazing start.

More like this
8 Facts About Lisa Delcampo On 'The Circle,' AKA Lance Bass' Assistant
By Rachel Varina
Emilia Clarke's Comic Book 'Mother Of Madness' Is Full Of Girl Power
By Ani Bundel
Chrissy Teigen's Quotes About Kim Kardashian & Kanye West's Divorce Are So Supportive
By Brandy Robidoux
Stay up to date