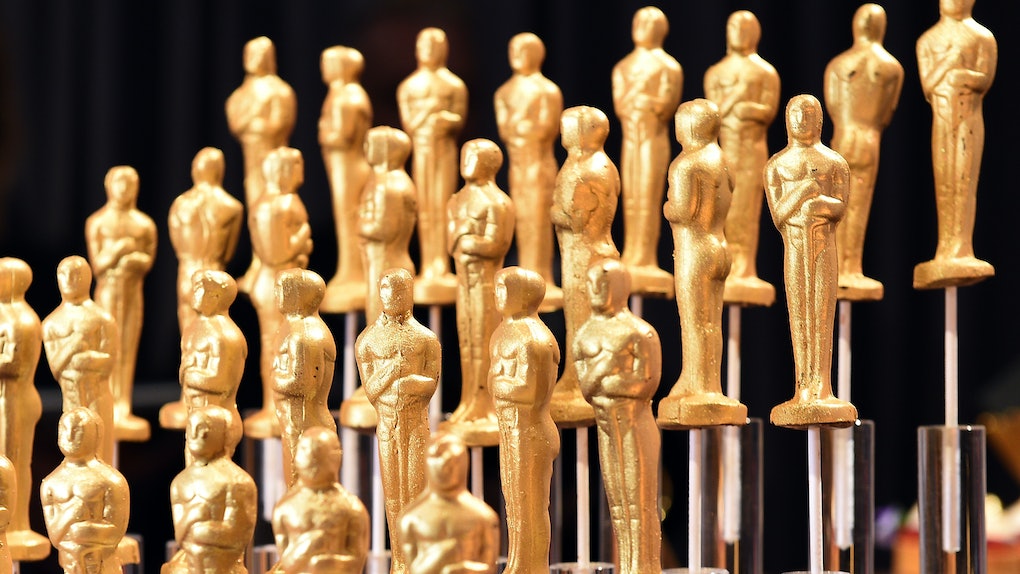 The 2019 Oscars Shortlist Is Here, So Start Brushing Up On Your Movie Knowledge

Oscars season is in full swing, and even though the Academy is still frantically searching for its best hosting solution, this ceremony is happening whether you're ready or not. Nominations for the 91st Academy Awards aren't out until Jan. 22, but we can start narrowing down the possibilities now. The 2019 Oscars shortlist is here, and while we have to wait and see what nominees edge their way to the final category, I'm prepping my predictions ASAP.

So far, the Academy of Motion Picture Arts and Sciences has released shortlists for nine of its categories: Documentary Feature, Documentary Short Subject, Foreign Language Film, Makeup and Hairstyling, Original Score, Original Song, Animated Short Film, Live Action Short Film and Visual Effects. The lists contain film entries that Academy members will vote on before the final version of nominations is released next month. Although the contenders for acting and general film categories haven't been publicized yet, a look at the Golden Globe and SAG Award nominees will steer you in a fairly accurate direction if you're predicting an Oscars lineup.

Seeing as Original Song nominees often perform during the Academy Awards ceremony, that category's shortlist is the most intriguing at the moment. As expected, "Shallow" from A Star Is Born is included, but it faces tough competition. Two songs from Mary Poppins Returns are possibilities, and Dolly Parton's Golden Globe-nominated "Girl in the Movies" represents Dumplin'. The fifteen choices come from a bigger pool of 90 songs, and based on past years, the votes from the Music branch of the Academy will push forward five songs that the Feb. 24 ceremony will recognize. Despite which performances we see onstage during the Oscars, can someone point me to a playlist with all of these options?

“All the Stars” from Black Panther

“Girl in the Movies” from Dumplin’

“We Won’t Move” from The Hate U Give

“The Place Where Lost Things Go” from Mary Poppins Returns

“A Place Called Slaughter Race” from Ralph Breaks the Internet

“OYAHYTT” from Sorry to Bother You

“Shallow” from A Star Is Born

“The Big Unknown” from Widows

Often the place where popular blockbusters gain some Oscar recognition, the Visual Effects shortlist calls attention to mega hits like Avengers: Infinity War and Solo: A Star Wars Story. Marvel is also represented among the possibilities to earn a Best Original Score nomination, for which Mary Poppins Returns, Fantastic Beasts: The Crimes of Grindelwald, and A Quiet Place are also eligible. Again, I'll need all of this music in a Spotify album ASAP to hype myself up for the Oscars.

We'll have to wait and see if the Academy releases its shortlists for the Best Picture and acting categories, but I'll be busy studying these other possibilities until then. The 91st Academy Awards air on Sunday, Feb. 24, on ABC.