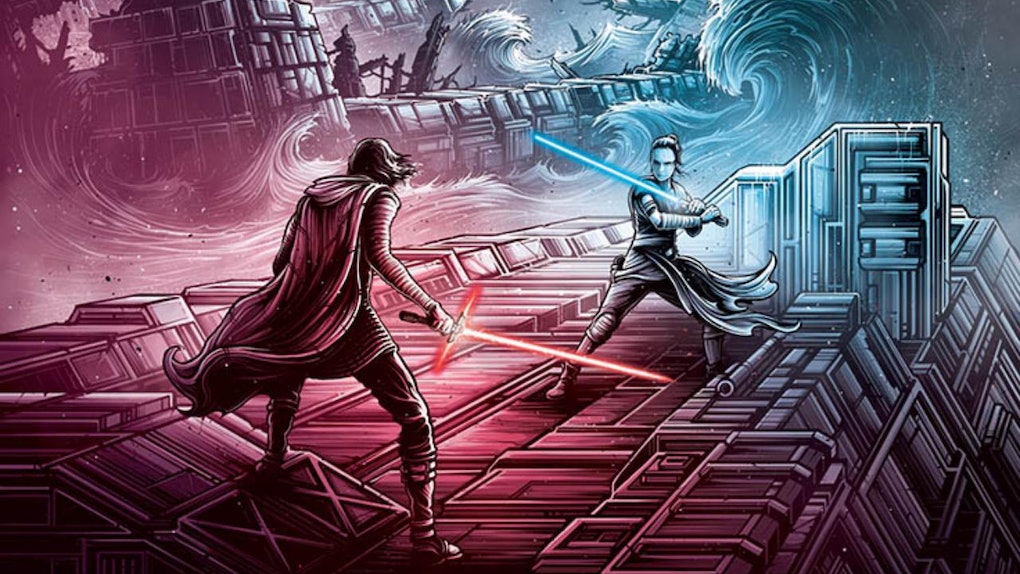 Star Wars: The Rise of Skywalker will end a 40+ year saga told over 12 films and a few TV series. This story has spanned three generations of heroes on-screen, and three generations of viewers at home. No matter what age you are, you've almost certainly heard of Star Wars, even if you haven't seen every different series and film released. But for those looking to bone up ahead of the final film, these best Star Wars moments are what define the franchise.

Every one of these installments has had at least one memorable moment that helped define the Star Wars world. Whether or not viewers loved the film, they all have something to contribute. The list gathers them up in chronological order across the Star Wars timeline.

Phantom Menace was mostly a film about a kid named Ani. But it got deadly serious when Obi-Wan and Qui-Gon faced down the original Sith Lord Daul Maul.

Attack of the Clones is generally treated as the nadir of the prequels. But Anakin and Padme's wedding is still *the* event of the series.

Fans weren't big into The Clone Wars when it arrived. But the acceptance of Ahsoka into Jedi training marked a new era in Star Wars lore.

The Clone Wars TV show best moment: Season 5's all-droid episode "A Sunny Day In The Void." It's a delightfully silly story and precursors the type of tales Mandalorian tells.

Revenge of the Sith will always be known for the fight that created Darth Vader and broke Obi-Wan's soul.

Solo: A Star Wars Story's meet-cute with Chewie will always be one for the soft at heart.

The haunting death of the Grand Inquisitor early on in Rebels set the show's serious tone.

Rogue One is the film that put the "War" in Star Wars. The final, desperate battle where Jyn and Cassian sacrifice themselves for the good of the galaxy is still one of the most moving moments of the entire franchise.

It's the moment that defined Star Wars in the minds of millions. The silence, the crash of cymbals, the blare of horns, and audiences are dropped into an ongoing saga with the iconic scroll.

This is the other defining Star Wars moment, from the calls of "Red Five, standing by" to the visuals of Luke's trench run. The destruction of the Death Star was the stuff Star Wars is made of.

Empire Strikes Back defined romance for millions of sci-fi fans with this moment between Han and Leia, as Han is about to be taken away from his crimes.

But of all the moments in Empire Strikes Back, none is more memorable, more referenced or parodied than the massive twist at the end, when Darth Vader reveals why he's obsessed with Luke.

Return of the Jedi might not have reached the heights of Empire Strikes Back, or the iconic moments of A New Hope, But hearts still broke at the passing of Yoda, leaving Luke to finish his mission alone.

On the flip side, the arrival of Baby Yoda in The Mandalorian gave hope to fans that new stories can still be born in this galaxy.

Rey accidentally insulted a generation of Star Wars fans by calling the Falcon "garbage" in Force Awakens. But when the chips are down, the garbage will do.

Star Wars: Resistance sometimes retells moments from the films but from a different point of view. One of the best: The destruction of Hosnian Prime from Force Awakens, seen from the perspective of those who lost loved ones.

Where were you when Rey picked up that lightsaber for the first time and confronted Kylo in Force Awakens? For a new generation, it was the moment when a new Star Wars was born.

The Last Jedi is the most beautifully shot Star Wars film ever created. But no moment defines it than Holdo's sacrifice, when the world goes silent, lights flash, before the great boom.

Likewise, Luke's death was a surprisingly quiet moment of loss amidst a giant battle for the fate of the Resistance.

Rise of Skywalker won't be out until Dec. 20, 2019. But already there's one moment ready to choke up any fans who see it. The death of C-3PO, as he takes one last look at his friends.