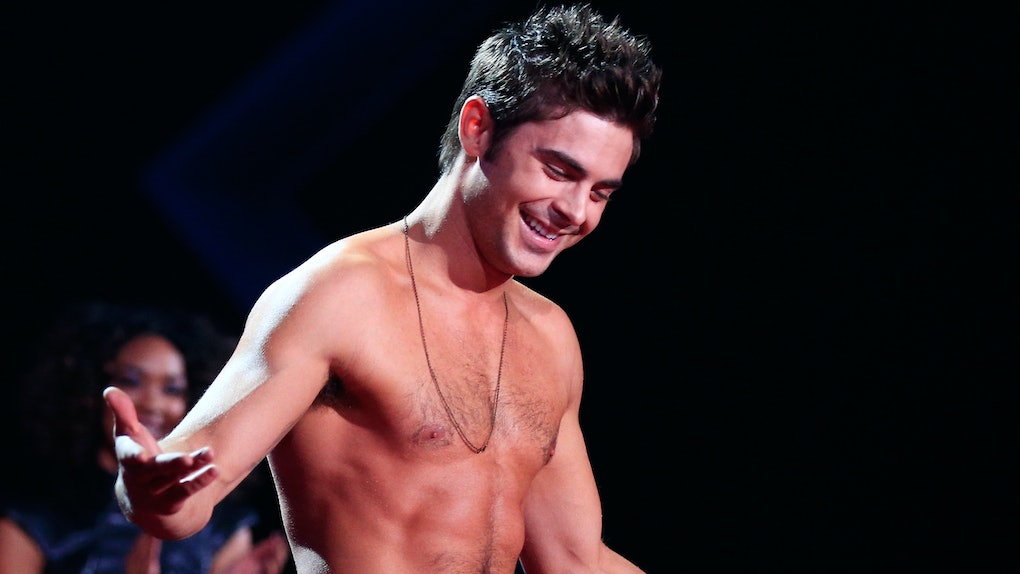 Thinking back, if you were anything like me, the celeb you were crushing on probably changed with every day of the week. But I think we can all remember that first celebrity crush that made us feel those puberty hormones coming on strong. The sexiest actors who sparked sexual awakenings are so numerous that compiling one list would probably be impossible, but for old time's sake, we took to Reddit to guide us on our trip down memory lane.

Your first celebrity crush probably made you suddenly aware that sex is a thing that people do — and hopefully a thing that you would do too, someday. For me, Justin Timberlake was everything. Just something about his perfectly coifed, crunchy looking frosted tips — which now kind of remind me of Top Ramen — used to send 12-year-old me into hysterics. I couldn’t eat, I couldn’t sleep. All I could do was hope and pray that he would one day stop carrying the dead weight of the other N*SYNC members (sorry, not sorry) and finally fly solo. Young me was def onto something. If you can relate, here are some v familiar faces that just might bring back some serious feels. Proceed with caution.

1. William Moseley (But Shout Out To Leo)

Of course the typical response is Leo DiCaprio in Titanic, which was definitely a big one. However, I will never forget the ridiculous high I got from seeing William Moseley in The Chronicles of Narnia when I was in 7th grade. I saw it in theaters with my dad of all people too, and whenever that guy's face was shown I got light headed and my heart felt like it was going to explode. Truly thought there was something physically wrong with me.

Tobey Maguire in Spiderman. Idk what is was about him because he's really not like SUPER attractive but in that movie he was sooo hot.

Christina Ricci. 11 year old me had a thing for Wednesday Adams. Saw her in Black Snake Moan, a few years ago, and yep, still attracted to her.

Thackery Binx from Hocus Pocus. I remember wanting him to turn back into a human so bad and being ridiculously upset when he doesn't. I think everyone assumed I really loved animals which I actually do but that was beside the point.

Definitely Daniel Radcliffe by the time he was starring on the play "Equus" and that promotional picture of him naked came out... I would spend hours staring at that pictue wondering what was going on inside my heart...

Justin Timberlake. And he is even hotter than ever now.

First ever was Alyssa Milano. Haven't seen her in a while, but yeah, I'm pretty sure she still has it.

I remember watching National Treasure when I was younger and really enjoying it. All of my friends thought it was a horrible movie and I could never understand why. Watching them now, I realize I was just really attracted to Justin Bartha.

I'm sure it wasn't actually my FIRST little crush on a male celebrity, but I remember having a thing for Phil of the Future (Disney Channel) about half way through primary school. He was just too cool.

The thing is, I had super protective parents who only let me watch cartoons for a long period of my life. Thor was one of the first actual movies that I watched. I may have had a crush before that but I can't really think of any, unless you count maybe Ash from Pokémon lol.

Gwen Stefani, I have No Doubt about it.

Well there you have it folks, the internet has spoken. If anything, this kind of makes me wish I had kept some of my old JT fan memorabilia, but then again, all good things must come to an end. I've finally been able to let go of my vendetta against Jessica Biel, so NBD.