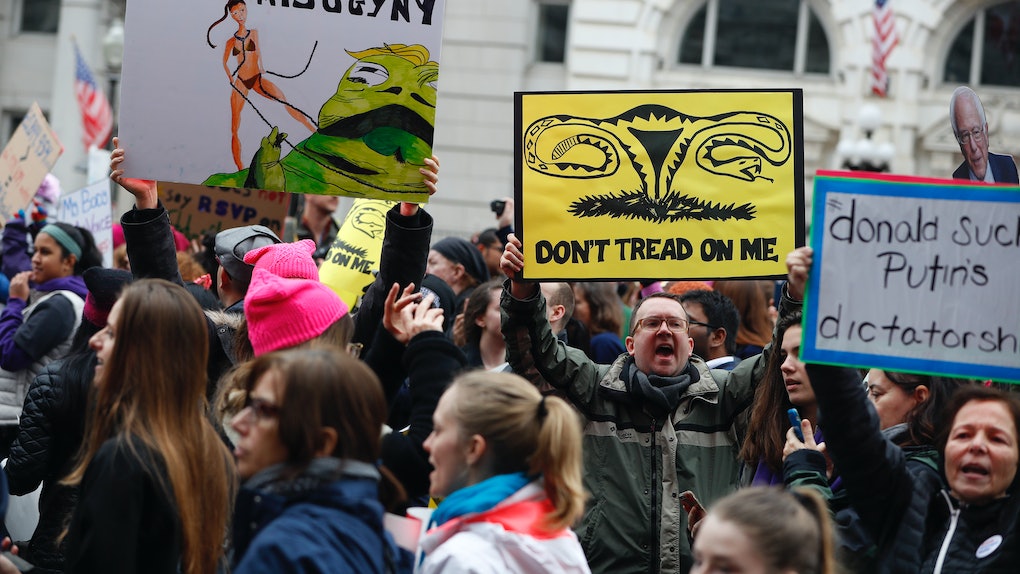 Thanks Birth Control Tweets Are Trending As Women Praise Contraceptives

Viral Twitter hashtags, as of recent, have been polarizing and divisive in rhetoric, with seemingly new trending controversies everyday. Recently, trending hashtags have sparked debates on Twitter such as #boycottNFL or #boycottKeurig. Today, however, Thanks Birth Control tweets are trending as women praise contraceptives for National Birth Control Day — a sentiment quite far from a boycott.

"Thanks, Birth Control" is a social media campaign that started in November 2016 by the National Campaign to Prevent Teen and Unplanned Pregnancy. The National Campaign started the hashtag ask a way to "ask everyone to publicly support birth control and all that it makes possible for individuals and society." The campaign asks people to "speak up, dispel myths, share facts, and mobilize your friends and colleagues to say #ThxBirthControl with us."

Basically, this day allows women to collectively give thanks to female reproductive health care for their own personal reasons, and of course, many of them are using this day to push an agenda of pro-reproductive rights, which runs counter to the policies of the Donald Trump administration. Different women tell their stories of how birth control played an important role in their lives and why it should be considered basic healthcare.

Here are some of the ways women (and men!) on Twitter are celebrating #ThanksBirthControl day.

One Twitter user tweeted, "I was able to have children when it was right for my family. #ThxBirthControl."

One woman attributed her degree and career to birth control.

She wrote, "Thank you for my master's degree, my career, and all the traveling I've been able to enjoy. I owe my quality of life to you."

Along with individual women, many organizations that support women's reproductive rights and contraceptives have shared why they are thankful and why they support birth control.

Cecile Richards, the president of Planned Parenthood, illustrated, with emojis, the benefits of birth control, explaining saying that birth control has helped more women get degrees and start their careers, and lowered the rate of surprise pregnancies and abortions. She was among the many who celebrated birth control by listing its many benefits, pushing for protection of accessibility to contraceptives.

Some used the #ThxBirthControl to make more overtly political statements rather than to tell personal stories.

Support for contraceptives has become especially politicized as the Trump administration rolled back protections for birth control coverage that had been created by President Barack Obama as part of the Affordable Care Act (ACA, aka Obamacare). With the Trump administration's actions in early October, employers can decide if they have moral or religious reasons to deny contraceptive coverage in insurance. That means that women who have spent years not paying for birth control (as Obamacare eliminated the copay) may end up having to pay for it, if their employers decide they don't want to cover it.

In a different direction, John Fugelsang of Sirius XM pushed a political agenda about government spending with the hashtag, saying that, "Big oil gets $7 billion in subsidies but contraception as part of a health care compensation package is 'free stuff.'"

She tweeted, "It's #ThxBirthControl Day! A good day to tell the White House exactly how birth control has improved your life. Because it has. #HandsOffMyBC"

While this hashtag, like any other political one, will face controversy and opposition, the National Birth Control Day was simply a way for women to speak up and say thanks. The campaign aimed to destigmatize negative connotations around this contraceptive and provide personal accounts of how birth control has helped millions of women in a multitude of ways.

More like this
Ivanka Trump's Women's Initiative Failed Inspection, & It's A Mess
By Rhyma Castillo
Will Colleges Require A Coronavirus Vaccine In Fall 2021? The Rules Are Clear
By Rhyma Castillo
These TikTok "Pass The Phone" Challenge Ideas Will Hilariously Roast Your BFFs
By Daffany Chan
Stay up to date