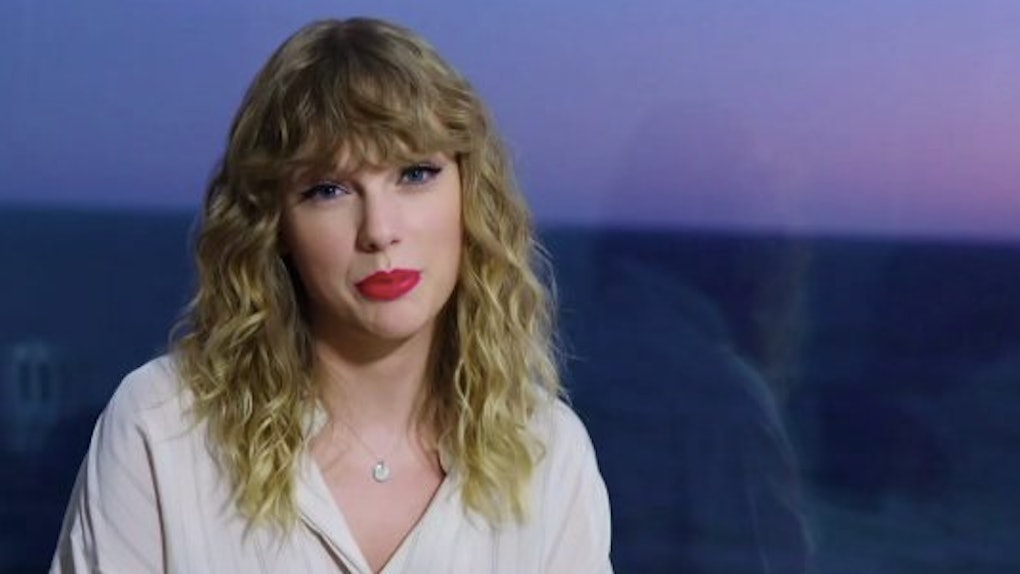 The 2017 American Music Awards were Sunday, Nov. 19 on ABC, and host Tracee Ellis Ross got to watch as her mother, Diana Ross, accepted the Lifetime Achievement Award. Ross took to the stage to do a medley of her greatest hits over her 30-year career, and the performance was paired with a video of Ross' past performances that showed clips of her on stage and with other icons such as Michael Jackson. There was one video, however, that made some fans say, "Why tho?" Taylor Swift's video message to Diana Ross at the AMAs was shocking to some. Swift's video played just before Ross' performance and right after none other than Barack and Michelle Obama's video message to Ross. Everyone squealed with joy when the Obamas came on the screen, but when Swift came on, Twitter was just like, "Uh, what?" In her message, Swift said,

Hi, Diana. It's Taylor. I just wanted to say congratulations on your lifetime achievement award. I don't personally know anyone in music who hasn't been inspired by you and influenced by you. You are elegant, and fierce, and strong, and brave, and you have paved the way for everyone who does what we do now, including me. So thank you.

While there are plenty of people saying they thought Swift's message was sweet, there a lots who think Swift needs to "take several seats." Diana Ross is one of the music industry's biggest icons, and while Swift is an icon in her own right, people thought her wording was super off, saying that her "Hi, Diana. It's Taylor" line was weird. It came off as someone casually saying hello to their classmate, implying they're peers, but Ross' fans who aren't a fan of Swift's message don't think the two are anywhere close. And honestly... I mean... are they wrong? Come on, guys. It's Diana f*cking Ross. She was Beyoncé before there was Beyoncé. Beyoncé cannot exist without Diana Ross.

Swift's message did seem really random. Although Swift has spoken about her admiration for Ross in the past, there are definitely artists who would make more sense to honor Ross.

When Barack and Michelle Obama's video played, however, people were like "Michelle/Barack 2020" because obviously.

Barack opened the video saying, "When we heard Diana Ross was getting the Lifetime Achievement Award, our first reaction was, 'She doesn't have it yet?'" Classic Barack joke. Michelle followed, saying, "People from the ages of 8 to 80 know every word of Diana Ross' songs. And her artistry resonates with folks of every race, background, and walk of life. And today, her voice is still as pure, her beauty is undeniable, and her showmanship is on point as back when she was a supreme." Barack chimed back in with, "We still listen to Diana around the house. That's why I gave her the Presidential Medal of Freedom last year. But this is a big deal, too!" And they ended the video saying, "Diana Ross, congratulations. And we love you," and "Love you much." Fans loved the Obama's message, but thought Swift's was out of place.

Still, there were those who came to Swift's defense saying this is just another pointless thing people are hating on Taylor Swift for.

It did seem pretty out of place, though. I didn't even know Swift was a fan of Diana Ross (I mean, everyone should be, but still), so when she came on the screen I was left wondering, "Do they have a friendship I don't know about? Should I have known that Taylor Swift and Diana Ross are buddies?" But it really doesn't seem like they are, so I'm still confused about why the AMAs chose Swift to honor Ross. I also don't know why they chose Christina Aguilera to honor Whitney Houston, but I digress.