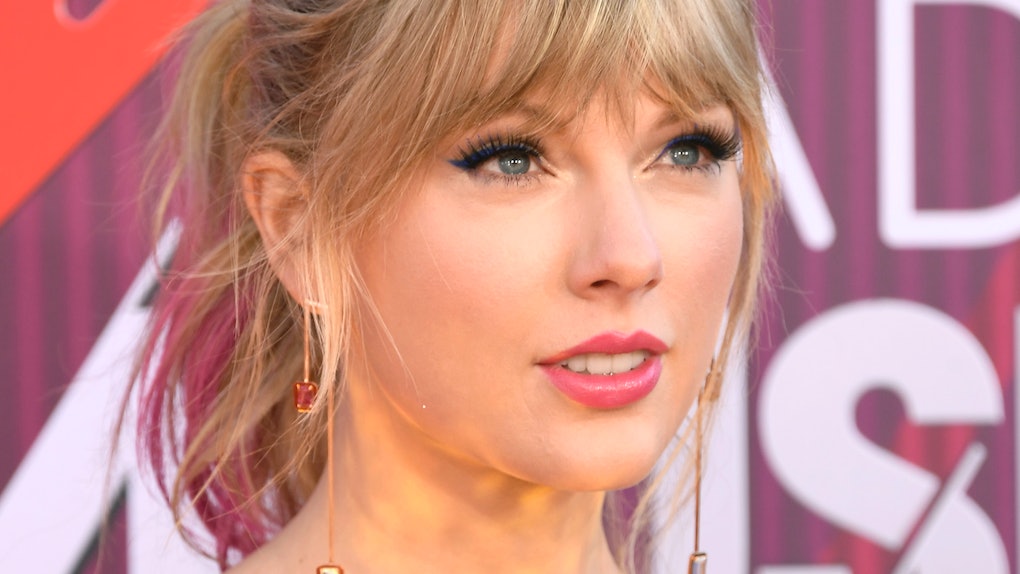 Taylor Swift's favorite thing to do is take a bad headline and make it into some stellar PR. That was basically the entire theme behind her Reputation album and tour, and now fans know this girl can make lemonade (and win awards, break records, make money and money and more money) out of lemons. While the headline I'm talking about doesn't have anything to do with Swift's actions, it is a great example of what I'm talking about. Taylor Swift's reaction to a car thief crashing into her gate is a perfect Reputation joke proving, once again, that this woman has a way with words.

According to reports, it was a regular Tuesday evening when a stolen car was zipping through Rhode Island. The plateless vehicle was reportedly in a high-speed chase with local police that eventually came to a screeching halt at Swift's residence. Apparently, the car "eventually swerved to avoid a crash before slamming into the gates outside Swift’s home," leaving her gate "heavily damaged." The Westerly Sun reports the 19-year-old man driving and two passengers were taken to Providence-area hospitals for treatment. A third passenger reportedly fled the scene but was later found.

Entertainment Tonight Canada ran the story on Twitter which warranted the witty response from Swift. She replied, "Nothing good starts in a getaway car. 🤷‍♀️"

This is the truth, but it's also one of her own lyrics from her Reputation track, "Get Away Car." In the tune, Swift sings the lyrics:

According to one report, there was no indication that anyone in the vehicle knew who owned the home they crashed into, which is good, considering Tay Tay has had some issues with breaking and entering lately.

AP News reports one man named Roger Alvarado has reportedly broken into her 18 million dollar New York City pad three — yes THREE! — times. The most recent attempt reportedly happened at the beginning of March when Alvarado, 23, reportedly climbed a latter and smashed one of Swift's windows to get in. Prior to that, he was reportedly jailed for nine months for breaking in, using Swift's shower, and sleeping in her bed. One other time, he reportedly broke her door with a shovel. Fortunately, Swift was never home.

In Swift's "30 Things I Learned Before Turning 30" feature in Elle magazine, she explained, “You get enough stalkers trying to break into your house and you kind of start prepping for bad things.”

It's a good thing she has a great sense of humor about all of this (plus some stellar security).