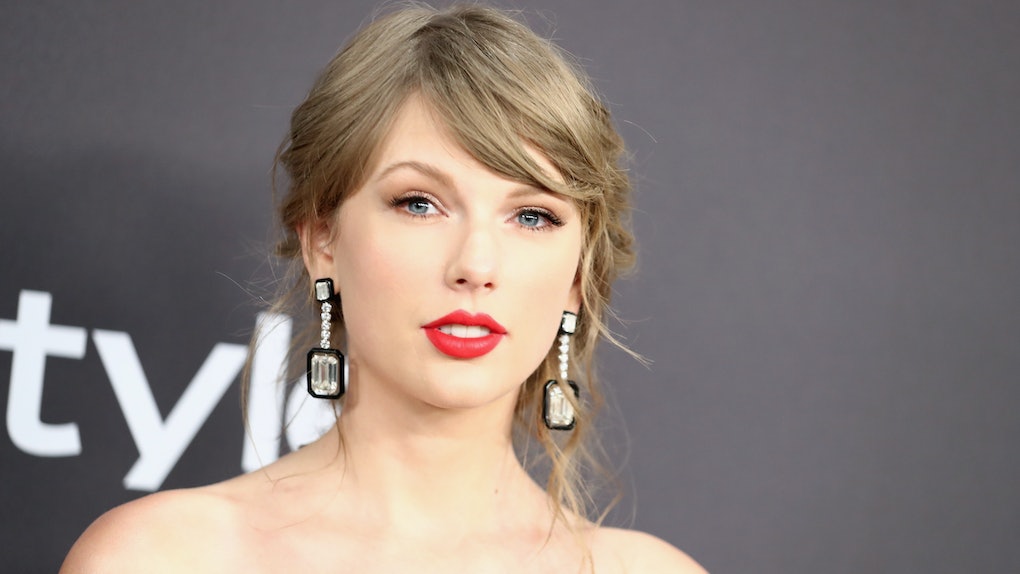 Few stars are quite as polarizing as Taylor Swift. Some feel she has overcome extreme odds reinventing herself after enduring a public feud with perhaps today's most powerful celebrity, Kim Kardashian. Others feel she is constantly "playing the victim" despite being a seemingly willful participant in the drama when it benefits her. Her music is catchy AF (even if you don't want to admit it) and she's currently in one of her longest and certainly most private romantic relationships. She's a phenomenon and/or anomaly, and now she's presenting 30 lessons she's learned before turning 30. What should not be polarizing about her is Taylor Swift's comments about her sexual assault trial, because they are exactly right. Her stance? Always believe the victims. Now, that's something I can get behind.

In 2017, Swift took KYGO radio host David Mueller to trial for allegedly groping her. According a Billboard report, he was photographed allegedly reaching under her skirt and grabbing her backside during a meet-and-greet on her Red tour in 2013. Elite Daily reached out to Mueller's team for a statement regarding the allegations, but did not hear back by the time of publication.

Initially, Swift's team reportedly "tried to keep the accusation quiet" and contacted Mueller's bosses instead of reporting the incident to the police, according to NBC news. He was then fired from his reported $150,000-a-year job, which prompted Mueller to take action against her in 2015. Mueller sued Swift two years after the photo was taken for $3 million, claiming her allegation lost him his job. Swift countersued Mueller for allegedly groping her for a symbolic $1, which she ended up winning after the jury unanimously ruled in her favor.

The reports documenting Swifts statements at the trial are incredible. She actually took to the stand to testify against Mueller and was cross-examined by his attorney, Gabe McFarland. According to reports of the trial, McFarland really put his back into trying to make Swift empathize with his client for losing his job and questioned if it was, in fact, Mueller who touched her, or if she was even touched at all.

If you have the time, I can't recommend reading her statements enough. (My personal favorite: McFarland presumably tried to suggest Swift confused who actually touched her when the photo was being taken by mentioning she appears to be standing closer to Mueller's girlfriend in the picture. Swift responded, "Yes, she did not have her hand on my *ss.") Elite Daily reached out to Mueller's team for comment on Swift's testimony, but did not hear back by the time of publication.

Today, Swift says the entire experience has informed her stance and opinions on sexual assault. As the thirteenth thing she's learned in her list of 30, Swift told Elle magazine, "It’s my opinion that in cases of sexual assault, I believe the victim."

Coming forward is an agonizing thing to go through. I know because my sexual assault trial was a demoralizing, awful experience. I believe victims because I know firsthand about the shame and stigma that comes with raising your hand and saying “This happened to me.” It’s something no one would choose for themselves. We speak up because we have to, and out of fear that it could happen to someone else if we don’t.

Swift is one of the many high profile celebrities who have lent their voices, shared their stories, and continue to offer support in the wave of the #MeToo campaign.

If you or someone you know is suffering from sexual assault, contact or visit www.rainn.org.