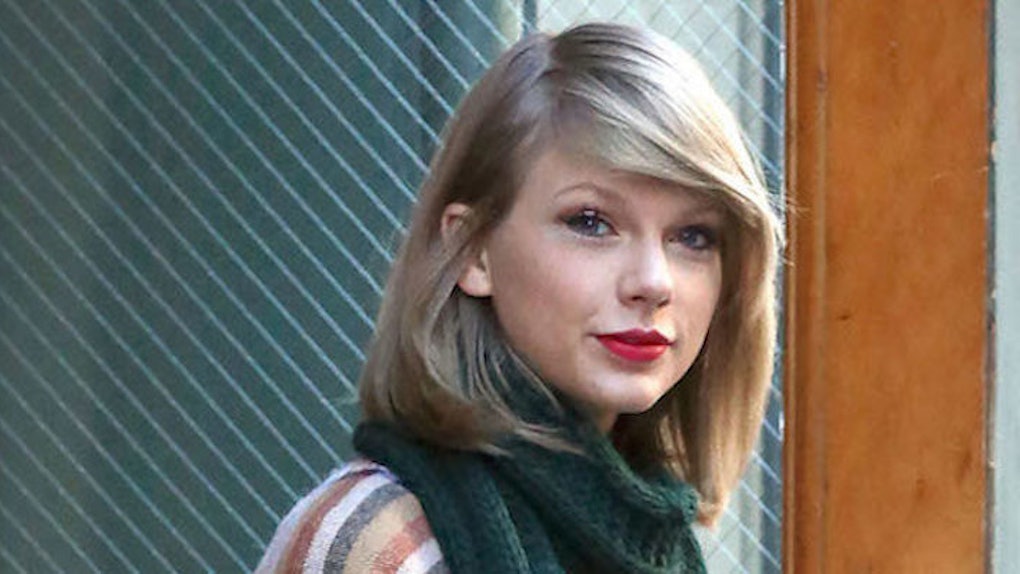 The photo at the center of Taylor Swift's sexual assault case has been revealed.

In the picture, which was published early Saturday morning by TMZ, former KYGO radio DJ and defendant David Mueller is shown taking a picture with Swift and another woman.

That appears to be the key question in the lawsuit Swift has filed against Mueller.

Swift's suit alleges that Mueller groper her while posing for the photo, which was taken after a concert in June 2013.

Billboard obtained a transcript of a videotaped deposition, in which Taylor Swift said,

Right as the moment came for us to pose for the photo, he took his hand and put it up my dress and grabbed onto my ass cheek and no matter how much I scooted over it was still there. It was completely intentional, I've never been so sure of anything in my life.

A few weeks ago, the judge presiding over Swift's case had ordered the "evidence" (the photo above) to be sealed after the singer's lawyers argued the picture would only be used for "scandalous" purposes.

Still, the image has been released and is now in full view of the public eye, despite the fact that Swift has intimated it was an extremely difficult moment for her.

She said in her deposition,

I remember being frantic, distressed, feeling violated in a way I had never experienced before. A meet-and-greet is supposed to be a situation where you're thanking people for coming, you're supposed to be welcoming people into your home, which is the arena for that day, and for someone to violate that hospitality in that way, I was completely stunned.

Mueller, for his part, filed a countersuit in 2015, alleging the singer falsely accused him and cost him his job at KYGO radio.

Now all that remains to be seen is whether or not the photo will be enough in court.