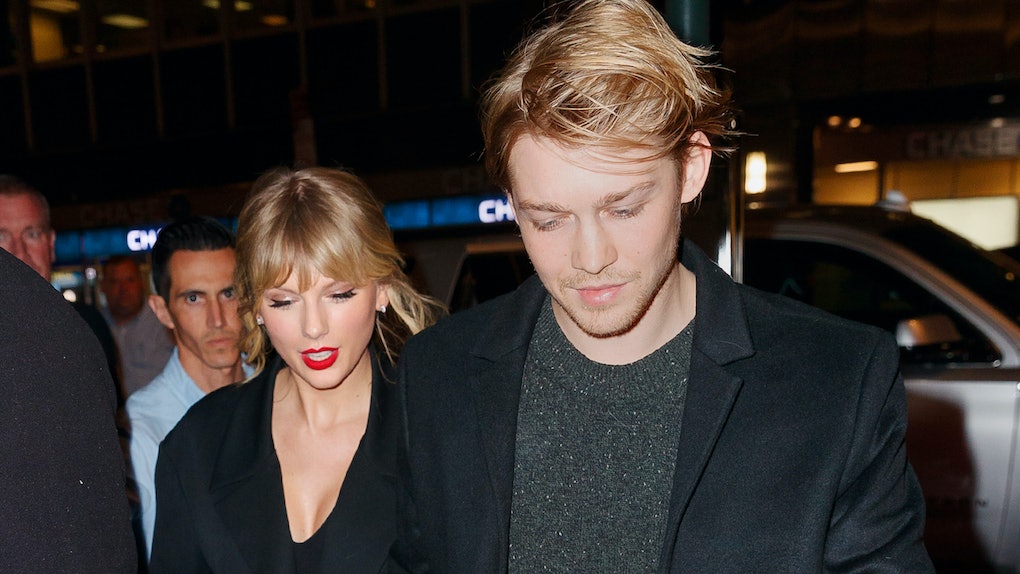 If you had a stressful Thanksgiving at home with family, prepare to be extremely jealous of Taylor Swift and Joe Alwyn's reported secret Thanksgiving 2019 plans. According to E! News, Swift reportedly flew to London in secret to spend a low-key Thanksgiving with her actor boyfriend. "She arrived on Thursday from New York and is spending the weekend there," a source reportedly told E! News on Dec. 1. (Elite Daily reached out to reps for Swift for comment about whether or not she spent Thanksgiving with Alwyn in London and did not hear back in time for publication.)

While traveling to another country just for a long weekend may seem exhausting for regular, non-famous people like you and me, the trip was reportedly NBD for Swift. "Taylor has been in the UK a LOT more than people know," an insider told E! News back in February. "She has the entire routine down pat now."

To keep her trips to London under wraps, the source told E! News that Swift reportedly flies private and then, upon landing, she apparently takes a "fairly nondescript blacked-out car" straight to Alwyn's place. Once she gets to Alwyn's place, she reportedly spends almost all of her time there, thus keeping chances for any public sightings extremely slim. "Unless you're part of her inner circle, you wouldn't know when she is or isn't [in London]" the source reportedly told E! News, adding that the pop star "barely leaves a trace."

Just because Swift's relationship with Alwyn is further away from the public eye than her previous relationships have been, that doesn't mean they're not reportedly still very serious. “Taylor really believes Joe is the one for her,” an insider reportedly told Us Weekly in March. “She wants to get engaged to him. She just doesn’t feel as though she has to impress anyone at this point.”

Luckily, the feeling is reportedly mutual. “Joe feels privileged that he gets to be with Taylor,” another insider reportedly told Us Weekly in March, adding that “he is happy being out of the spotlight.”

The success of their relationship thus far can apparently be credited to their decision to keep things private. “She’s much happier without her personal life out in the open,” a source reportedly told Us Weekly in December 2018. “She credits Joe for that and realizes how much better off she is.”

Here's to hoping the lovebirds get to spend many more Thanksgivings together!