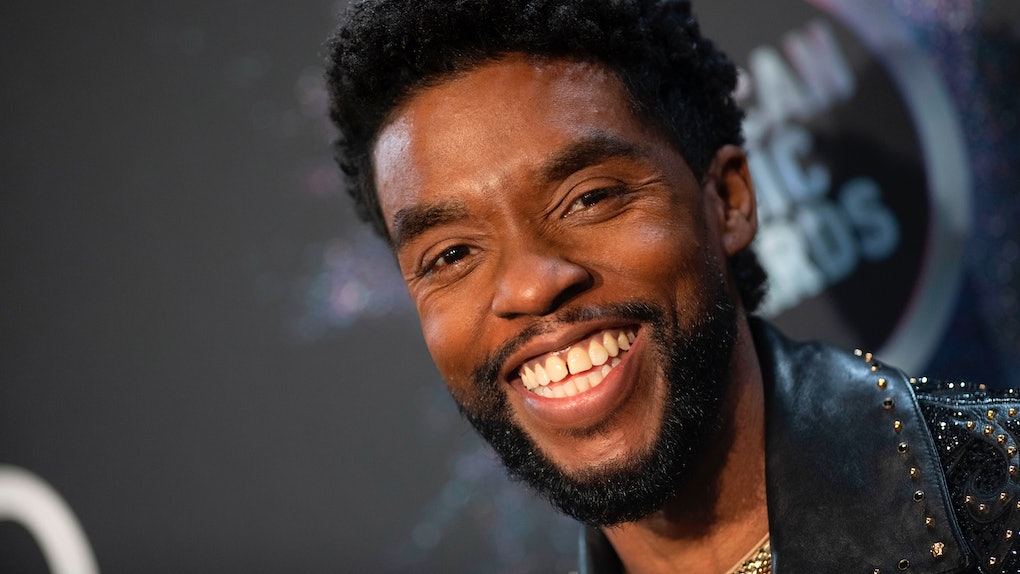 When news broke of Chadwick Boseman's passing at the end of August 2020, it was a shockwave across Hollywood. Boseman had kept his cancer diagnosis so secret, even Disney didn't know. Moreover, he'd kept working straight up to the coronavirus pandemic shutdown, leaving behind a body of work still in the middle of a release cycle. His 2020 work included awards contenders like Da 5 Bloods and Ma Rainey's Black Bottom, making him a shoo-in for posthumous nominations and perhaps even a win. But Taylor Simone Ledward's Golden Globes acceptance speech on his behalf was still an emotional moment for everyone.

Boseman's posthumous nominations have only just begun with the Golden Globes' nod for his turn as Levee Green in Ma Rainey's Black Bottom. He's also nominated for Critics' Choice Awards, Screen Actors Guild Awards, and Independent Spirit Awards, all of which follow the Globes. (He's also up for a bevy of film critics association awards, some of which he's already won.)

With so many nods for his take on Levee Green, his Golden Globe nod is, at this point, merely a precursor for the eventual Academy Award nomination. Considering the competition includes Riz Ahmed for Sound of Metal, Gary Oldman for Mank, Tahar Rahim for The Mauritanian, and Anthony Hopkins for The Father, there was no guarantee the sentimental favorite would take it. But that doesn't mean fans weren't rooting for a win or cheering when it came.

Since Boseman's passing, his widow, Taylor Simone Ledward, has been the one to accept awards on his behalf. The two married only a year before he passed, though she'd been by his side at events since 2015. She is also an artist with a degree in music industry studies.

Her speech was profoundly affecting. She told those watching, "I don't have his words," but that she would do her best to try and convey what Boseman would have said at that moment.

Ledward struggled to keep it together at times, sobbing through the speech. But somehow, she found the strength to keep going, honoring Boseman's memory for everyone. He may be gone, but his legacy and his performances live on.

More like this
'He's All That': Premiere Date, Cast, Trailer, Filming News, & More
By Dylan Kickham
Where Is The 2021 Oscars Ceremony Being Filmed? The Location Is So Different
By Umber Bhatti
Here's How To Stream 'Nomadland' So You Can Finally Get The Hype
By Rachel Varina
Stay up to date