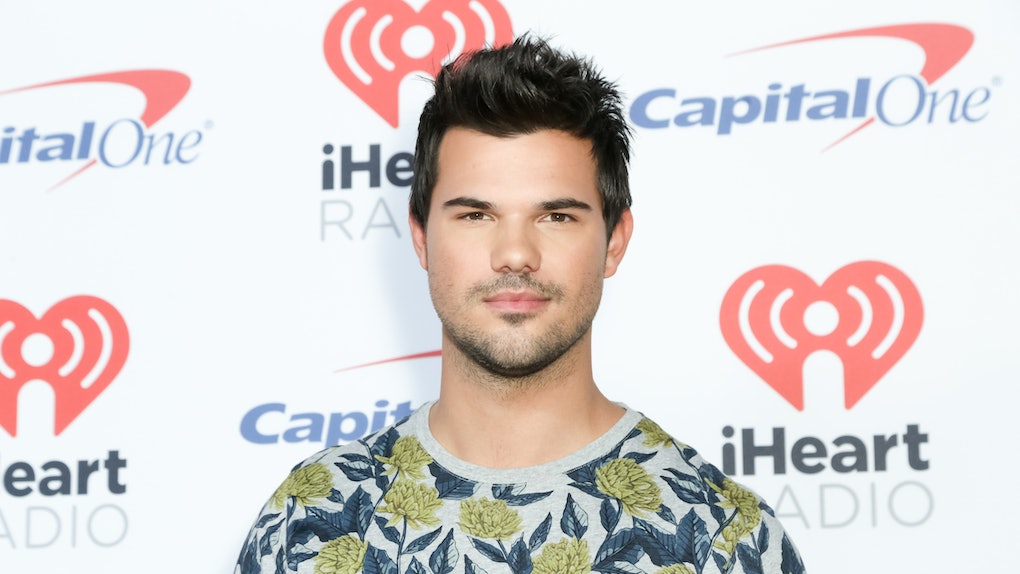 Back in 2005, The Adventures of Sharkboy and Lavagirl in 3-D introduced the world to Taylor Lautner, but it looks like he's hung up his shark suit for good now. Netflix released the first images of its upcoming Sharkboy and Lavagirl sequel called We Can Be Heroes on Wednesday, Nov. 18, and they wound up causing a huge uproar on Twitter because of Lautner's notable absence. In light of the new photos, everyone is asking why Taylor Lautner isn't playing Sharkboy in We Can Be Heroes.

Netflix announced We Can Be Heroes earlier in 2020, teasing it as a sequel to Sharkboy and Lavagirl that centers on the grown-up superhero duo's daughter and the offspring of various other heroes. From the description, it didn't really sound like Sharkboy and Lavagirl would play large parts in the movie, but fans were still pumped to learn Taylor Dooley would be reprising her role as Lavagirl. Of course, that only raised the question of why Lautner had not yet been confirmed to join Dooley as Sharkboy.

When Netflix releaed the first photos of the movie, it became clear Lautner had been replaced as Sharkboy by J.J. Dashnaw, a stuntman who actually worked as the stunt coordinator on Sharkboy and Lavagirl back in 2005. While Lavagirl's outfit is an exact replica of her super suit from the original movie, Sharkboy's grown-up costume included a helmet obscuring Dashnaw's face.

The new Sharkboy pic caused fans of the original movie to wonder why Lautner was not reprising his role.

Many of the tweets pointed out that Lautner has been noticeably absent from film and television for a few years, and that his Instagram account has been showcasing his home life rather than any new projects. Lautner hasn't starred in a movie since 2016's Run the Tide, and he hasn't acted in anything since his arc on the BBC series Cuckoo ended in 2018. While Lautner has not made any public statements about his career plans, it looks like he may have decided to pivot away from acting for the time being.

Then again, there's always hope Netflix is trying to fake fans out with this initial pic and Lautner may pop up with a surprise cameo in We Can Be Heroes after all. Viewers likely won't know for sure until the movie premieres on Jan. 1, 2021.

More like this
'He's All That': Premiere Date, Cast, Trailer, Filming News, & More
By Dylan Kickham
Is Netflix Making A 'To All The Boys' Spinoff Series About Kitty? Here's The Tea
By Rachel Varina
Zendaya's Instagram About Voicing 'Space Jam: A New Legacy's Lola Bunny Is A Throwback
By Abby Monteil
Stay up to date