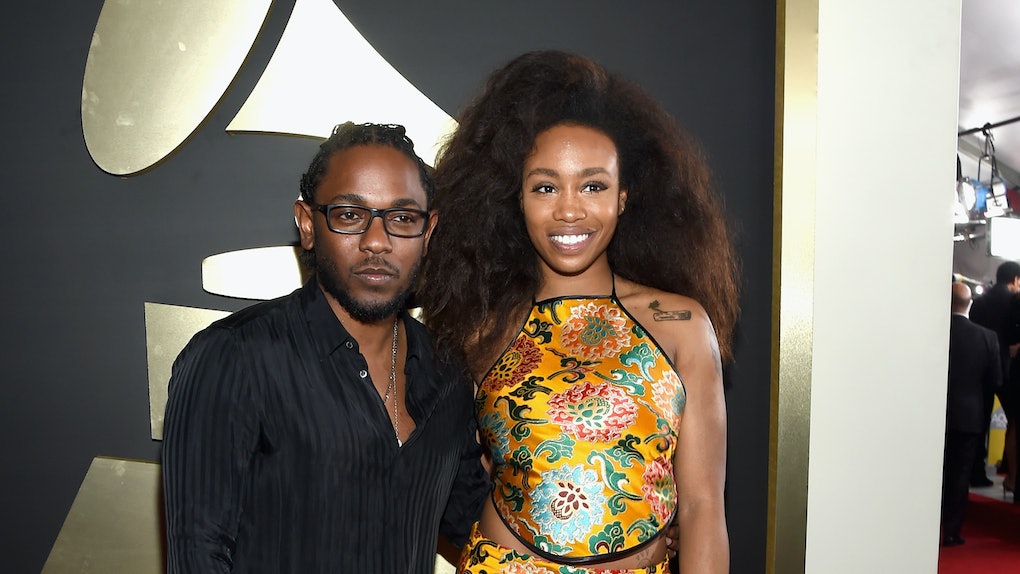 It’s no secret that the movie Black Panther took the world by storm in 2018. But did you know that the movie’s soundtrack also made waves among fans? The soundtrack’s lead single “All the Stars” by Kendrick Lamar and SZA made such an impact in music that it received two Grammy nominations: one for Song of the Year and another for Best Rap/Sung Performance. So, now’s a good time to get familiar with the song if you aren’t already. The tune itself is catchy and the lyrics are pretty intense. Actually, SZA and Kendrick Lamar’s “All the Stars” lyrics will definitely give you something to think about!

By and large, the song is about owning your truth in a world that seeks to mask it. And if you don’t, then Lamar will probably leave you hanging. In the first verse, he talks about keeping his inner circle small in order to be his truest self:

Tell me what you gon' do to me / Confrontation ain't nothin' new to me / You can bring a bullet, bring a sword / Bring a morgue, but you can't bring the truth to me / F*ck you and all your expectations / I don't even want your congratulations / I recognize your false confidence and calculated promises all in your conversation / I hate people that feel entitled / Look at me crazy 'cause I ain't invite you / Oh, you important? / You the moral to the story, you endorsing? / Motherf*cker, I don't even like you / Corrupt a man's heart with a gift / That's how you find out who you dealin' with / A small percentage, who I'm building with / I want the credit if I'm losing or I'm winning / On my momma that's the realest sh*t

The main chorus of the song, sung by SZA, is all about reaching for the stars:

Here’s a look at the video for “All the Stars”:

SZA also takes on the second verse, which is also about pushing away everything that’s not good for us:

Skin covered in ego / Get to talkin', I get involved, like a rebound / No control, no off switch in the way that you bringing me down / It's a turn on, get it away from me / Know you mean wrong, keep away from me / And it's all wrong, get it away from me, yeah / I just cry for no reason, I just pray for no reason / I just thank for the life, for the day, for the hours and another life breathin' / I did it all 'cause it feel good / You could live it all if you feel bad / Better live your life / We are running out of time

Overall, the song is basically about someone finding their voice and their power in a situation that’s constantly trying to bring them down. Not only is there a sense of defiance in those lyrics, but also a sense of triumph. Interesting stuff, to say the least. Here’s hoping it has good chances of winning one of the awards its nominated for! The Grammys will air on CBS on Sunday, Feb. 10 at 8 p.m. ET.

More like this
What Do BTS' "Film Out" Lyrics Mean In English? They're About A Past Relationship
By Michele Mendez
Demi Lovato & Ariana Grande's "Met Him Last Night" Lyrics Focus On Toxic Love
By Brandy Robidoux
I Tried Singing While Running Like Miley Cyrus & OMG, My Lungs
By Rachel Varina
Stay up to date