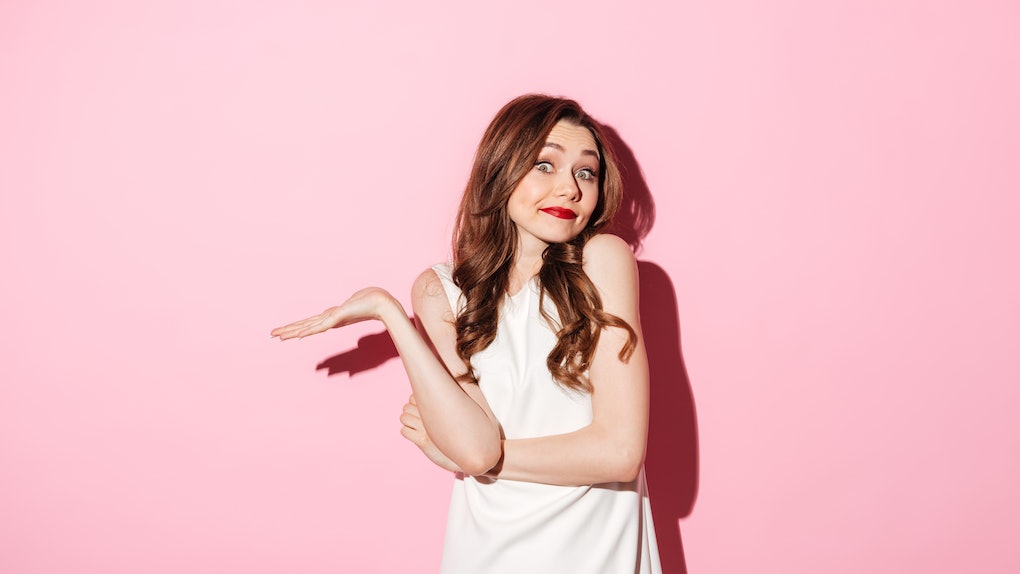 Swear A Lot? These Are The 6 Convos That You Probably Struggle With The Most

Call it a potty mouth or cussing like a sailor all you want; we don't give a f*ck. Ladies who incorporate curse words into their everyday language know that it's not some phase to be cool. It's simply how we communicate... seriously. The worst conversations to have when you swear a lot seem to constantly grow, and we don't realize how challenging they are until we're basically gagging from having to swallow our words.

We put the "fan" in profanity, because we will always be the cheerleaders to a gracefully used F-bomb or a timely propelled "assh*le." It's almost like an art for some of us — a natural art that has no other purpose but to relay the colorful words that are jumbled in our heads and need to make an exit through our mouths.

Again, it's not easy being a lady and cussing like it's no one's business, because quite honestly, everyone wants to give their two cents and critique your behavior. Well, keep your pennies, because we aren't changing. Besides, it's not like we made these words; they were taught to us, and we have every intention to give each word in the English language some attention. If you're a lady and this sh*t just comes naturally to you, then you're fully aware of what convos are so majorly stifling to have.

OK, we want to make a good impression and all, but we also don't want to seem fake. Who knew parental control could work on your mouth when you're faced with an incredibly tough decision? To give a damn or not to give a damn? Clearly, if you're really diggin' this person, you'll suck it up and hide those curse words under your tongue for later.

2. Talking To Your Boss

While cussing is inherently intertwined in your vocabulary, sometimes anger or frustrations trigger a bombshell of "f*cks." And many times, this could come from your boss. But for the sake of financial stability, you hold back, which is so incredibly hard because you seriously want to explode. Keeping this in is practically cruel and unusual punishment.

Children are so innocent, which is why it's ironic that their pestering questions bring out some of the most unholy words in us. Going into detail about something for a child can seem like a bottomless abyss you just keep plummeting down. It's borderline impossible to refrain from swearing, but that little voice in your head says, "Do it for the kids."

4. Discussing An Issue With Your Parents

Your parents taught you your first words, and out of respect or risk of giving them a heart attack, you definitely try not to cuss in front of them. But because you're older and the topics you choose to discuss get a little more raw and real, cussing almost seems inevitable. Sorry, parentals.

5. Trying To Console A Friend

Because swearing can seem a bit aggressive and jarring to people who are in an emotional state, you've got to pull the cord when trying to console a friend. Their tears can't be wiped with your, "F*ck that" or, "Sh*t happens." We aren't trying to be insensitive. Blame it on our higher pain tolerance. The most important thing is that you're there for them in whatever way they need you to be. Even if that means being figuratively tongue-less.

6. Disputing A Grade With Your Professor

As much as college gives you a tremendous amount of freedom, you can't loosen the reigns on your mouth with just anyone. Talking to your professor about a paper or test you think you should have done better on can be so nerve-racking and frustrating. Those two things are potent ingredients to conjuring up a level four sh*t storm. Don't cuss out your professor though, because it'll have more consequences than you think.

Ladies who swear a lot cherish their potty mouths proudly, because it's just a part of who they are. Sorry, not sorry, if you happen to be f*cking offended.