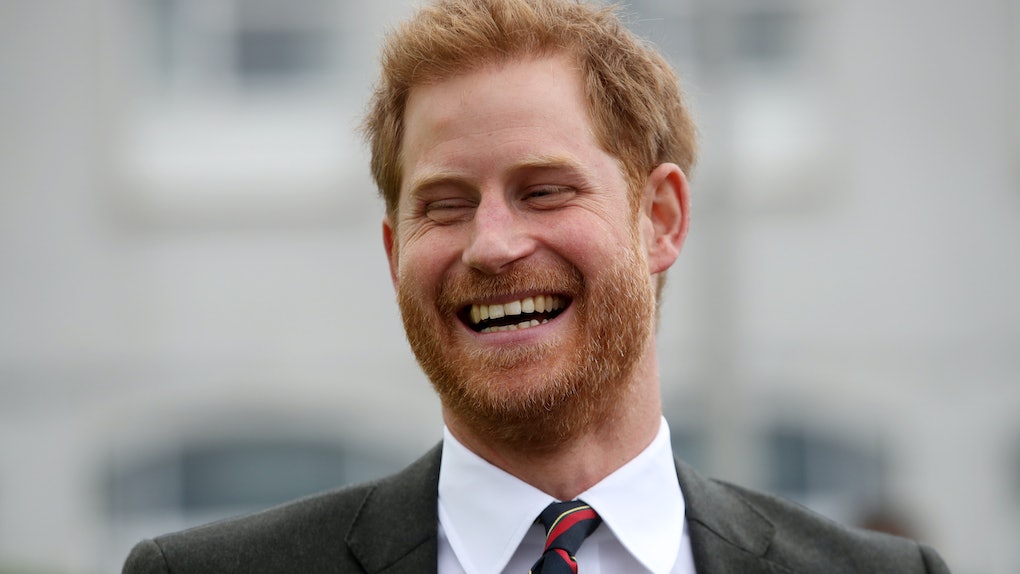 It seems like just yesterday that Suits fans said goodbye to Rachel Zane as she said “I do” to Mike Ross and moved to Seattle. Of course, what happened IRL wasn’t too different. Meghan Markle, now the Duchess of Sussex (ICYMI), married Prince Harry, the Duke of Sussex. But, Suits couldn’t let one of its leading ladies go without acknowledging Rachel’s/Meghan’s fabulous new life. Suits’ shoutout to Prince Harry in the series finale, which aired Sept. 25 on USA, was subtle, but clear enough that anyone who knows Meghan’s IRL fate (which, at this point, is hopefully probably everyone) could pick up on it.

The series finale was packed with emotional endings and beginnings, including the wedding of Louis Litt and Sheila Sazs, in which Louis wears a very elegant morning coat and top hat. (Think: the type of suits that Princes William and Harry wear to every royal wedding. Fancy!) When Harvey Specter sees Louis, he asks him, “Wait a second, are you wearing a morning coat?” Louis replies, “Of course I’m wearing a morning coat! Frankly, I’m disappointed you’re not!” to which Harvey says, “Louis, you’re not the prince of England.” LOL. It was a sweet and subtle way of shouting out the real prince of England, Harry himself. Sorry, Louis.

This isn’t the first time Suits finds a way to acknowledge Meghan’s new life. Earlier on Season 9, when Mike visits New York and gets asked how Rachel is doing in Seattle, he responds, “Good. In fact, if I told you how good, you probably wouldn’t believe me.” I mean, he’s not wrong. Marrying the Prince of England and traveling the world with him and your adorable baby isn’t a bad alternative to starring on a successful American TV show. Either way, Meg wins.

Although it would’ve been super cool to see Meghan herself make a guest appearance on the final season of Suits, creator Aaron Korsch told Deadline the showrunners didn’t want to “put her in that position,” so they decided not to ask. “I thought about asking, and I thought about even using audio footage that we have to come up with something, and in the end I didn’t ask, and I just thought, I’m going to respect her new life and not put her in the position of having to ask,” he said. “We decided not to put her in that position so I never asked.”

I’m no royal expert, but I think it’s safe to say asking the Duchess of Sussex to resume her seven-year role as a main character on a major TV show is no easy feat. There are probably several loopholes Meghan would’ve had to jump through to get approval, and that doesn't sound like a fun situation for anyone involved. Here’s hoping all’s well that ends well. Nevertheless, I like to think that Meghan would’ve loved the chance to get back in front of the camera with her Suits fam. Several of them attended her wedding in May 2018, including Rick Hoffman (Louis), Sarah Rafferty (Donna), Gabriel Macht (Harvey), and of course, Patrick Adams (Mike). You never know! Suits: The Movie, anyone?